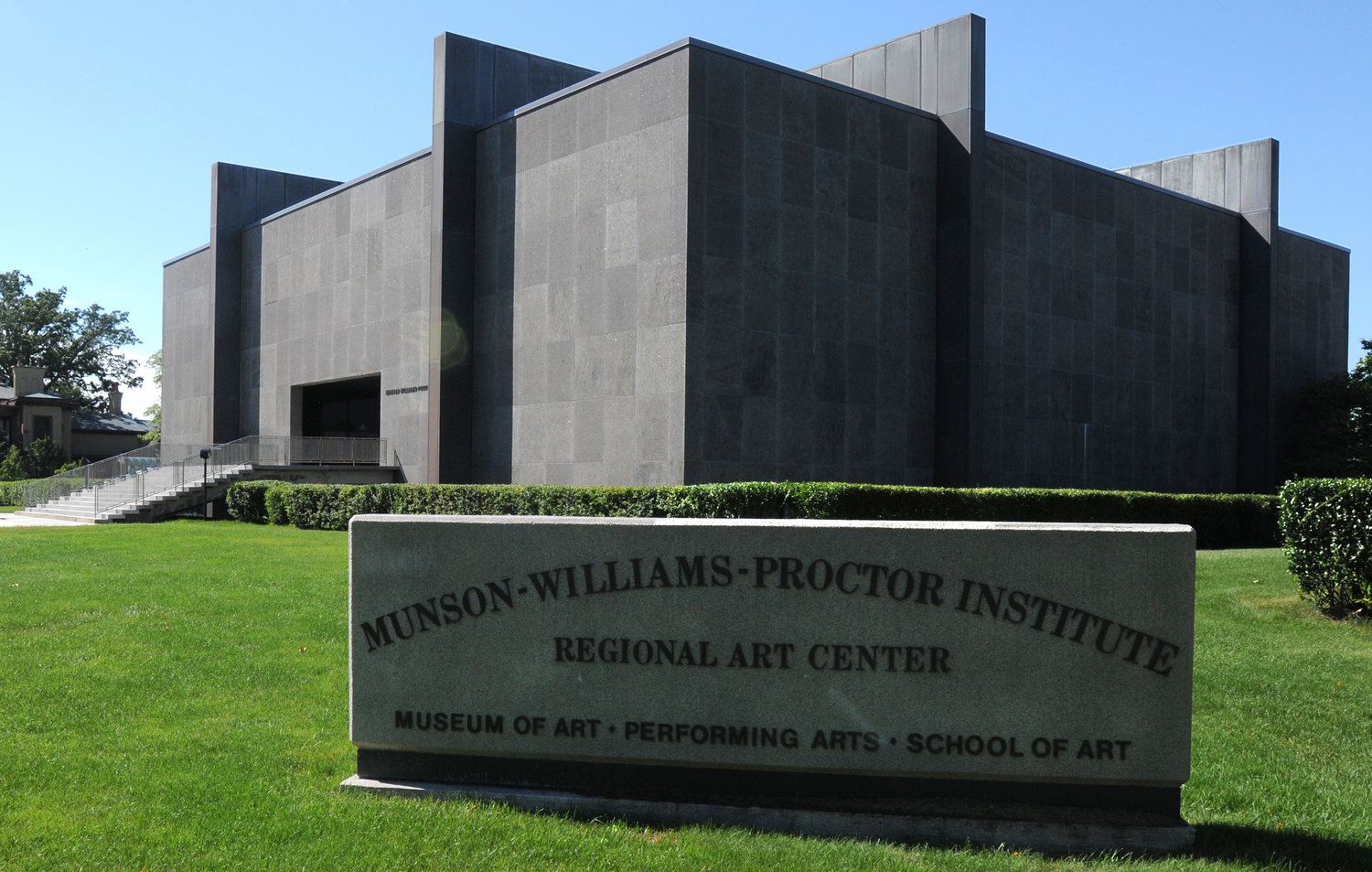 UTICA — Munson-Williams-Proctor Arts Institute, 310 Genesee St., will host Artist Maurice “Pops” Peterson for a Learn and Lunch event on Thursday, July 28 at 11:30 a.m. The event will be held at the Terrace Café at the arts institute.

Tickets to the event are $5 for MWPAI members and $8 for the public. Reservations must be made to the café under “Learn and Lunch” by 2 p.m. on Wednesday, July 27. The event with Peterson is part of MWPAI’s ongoing Norman Rockwell Exhibition that runs now until Sept. 18.

Peterson is well-known for his “Reinventing Rockwell” series, which uses historic Norman Rockwell paintings as a basis for modern works with a more diverse cast.

In terms of the technical side of his art, Peterson’s works are photographic in nature. After taking the images, he uses Photoshop techniques to make them look like paintings. Most of the people and props in his Reinventing Rockwell collection are local to his hometown of Stockbridge, Mass.

The artist’s works have been covered in outlets such as the New York Times and the Boston Globe and he has been featured in segments on CBS Sunday Morning and NPR.

He has also served as the first Artist in Residence for the Massachusetts Commission Against Discrimination and has lectured on various civil rights related issues. Along with this, Peterson has the longest running solo exhibition and the first virtual exhibition at the The Norman Rockwell Museum in Stockbridge.

However, Peterson said that he stumbled upon his success. He first got the idea to make art in the style of Rockwell when he started doing cartoons to add to a blog he was writing at the time. He said one particular cartoon he made happened to remind of Rockwell’s style.

“This put the idea in my head that I could re-create Rockwell’s paintings as a way to have fun, and perhaps to entertain the local community,” said Peterson. “It turned out that people loved the artworks. It hit off bigger than expected: I got an exhibit at the local Norman Rockwell Museum and was even approached by leaders of the civil rights movement.”

As for why Peterson was drawn to Rockwell in particular, he said that he feels personally connected to him, as there seems to be a series of bizarre coincidences linking the two.

“It must be something that was set in the stars,” said Peterson. “We were born less than a mile apart in New York City, I then spent my teenage years not even a half-mile, mile from where Rockwell spent his on Saint Nicholas Avenue. The strangest part is when I moved to Stockbridge, I started my spa and salon business on 7 South St., and Rockwell’s last home was on 8 South St.”

Peterson stated that his goal with Reinventing Rockwell was to spread a similar theme as Rockwell’s, while modernizing the works.

“I wasn’t intending to make a political statement, I just wanted to show a modern take on Rockwell,” he said. “Rockwell wasn’t allowed by the society of the day to show people of color in lead roles in his art. I wanted to act as a continuation of his work and show that things have changed. Now, women and minorities can have positions of power in society.”

Another example of how Peterson’s works have been interpreted as more political than they were originally intended to be was his work “What the Hell?”, which is based on Rockwell’s “Freedom of Speech.”

The piece features an African-American woman standing up and speaking in a town hall meeting, while those around her are looking at her with skeptical faces.

Peterson said that he originally meant this work to portray a person that is disfranchised with the red-tape of gaining a business license. However, he said people have interpreted her as making a political statement. He claimed that debate over the meaning of art is part of the process and should be encouraged.

Despite his original intentions not being political, the artist has now embraced much of the political cause that his art seems to suggest.

“I feel it is now my duty to represent the cause of civil rights and justice,” he said. “In some neighborhoods, people do not have the luxury of being free from fear. I have a responsibility to spread this information and advocate for change to help these people, even though I did not plan on it at first.”

He said he now hopes to start conversations about inclusion with his art.

“Viewers are often moved to tears by the works. They feel that people of color have been excluded from many different facets of society, and my works show them being included in history.”

As a gay, African-American man, Peterson has a deep tie to the causes of social justice that he advocates for. In fact, he said that his identity was one of the reasons he got into art.

“Not only did I get into art because I wanted to be an artist and it was fun, but I really wanted to go to the High School of Music and Art,” he explained. “I felt this school would provide safety to me, as the neighborhood that I was from was not the best, and I feared being gay-bashed.”

Peterson now often gives speeches to younger age groups to inspire them with his story. His advice to young artists is to always be true to themselves in their art.

“Create from your heart and mind, and show show what you believe. Have integrity and always tell the truth in your art,” he advised. “Whether it is a painting of a flower, or a piece of protest art, say what you truly believe. Don’t try to please others, what is most important is what you feel to be true.”

Peterson’s most recent project is music video which came out July 20. The song is entitled “Never Too Late to Get Your Party On”. He said that this video is a break from his years of dark themes in his art with a purely happy video.

“I never rediscovered art until I was 60 years old. Now I am 70 and trying to spread the message that it is not too late to do what you enjoy.”

Information on the Learn and Lunch event is available on www.mwpai.org.