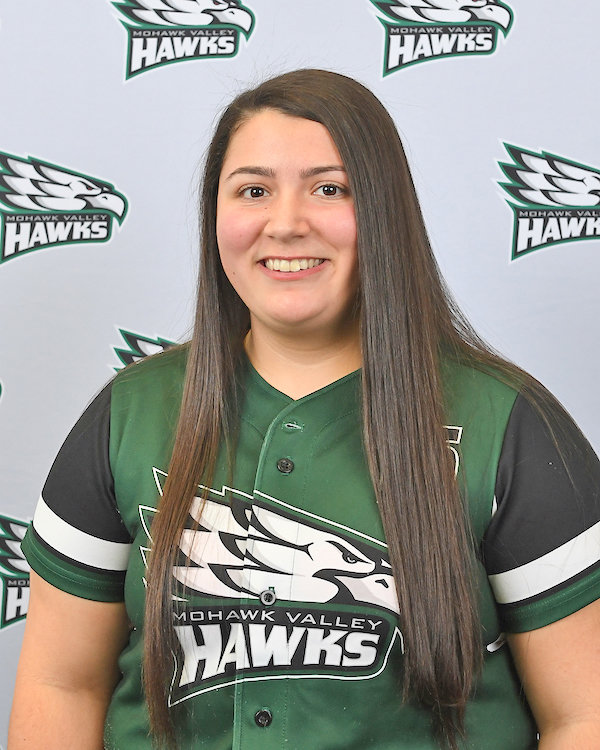 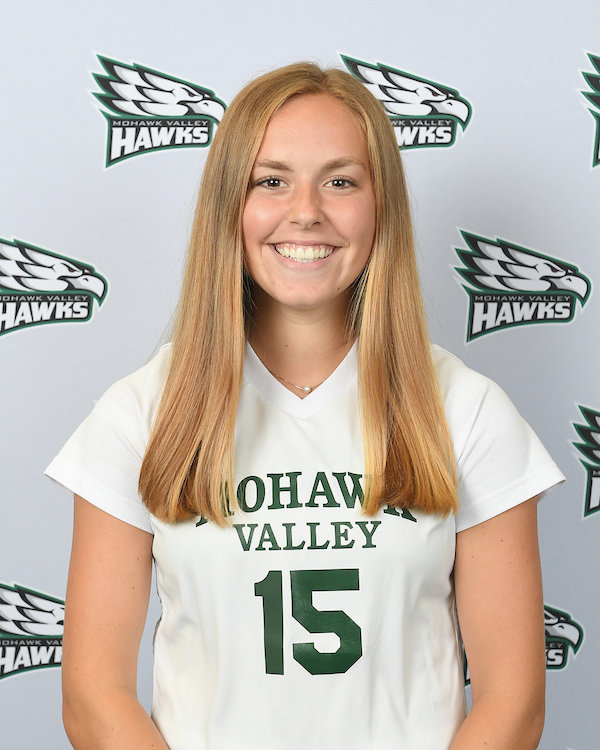 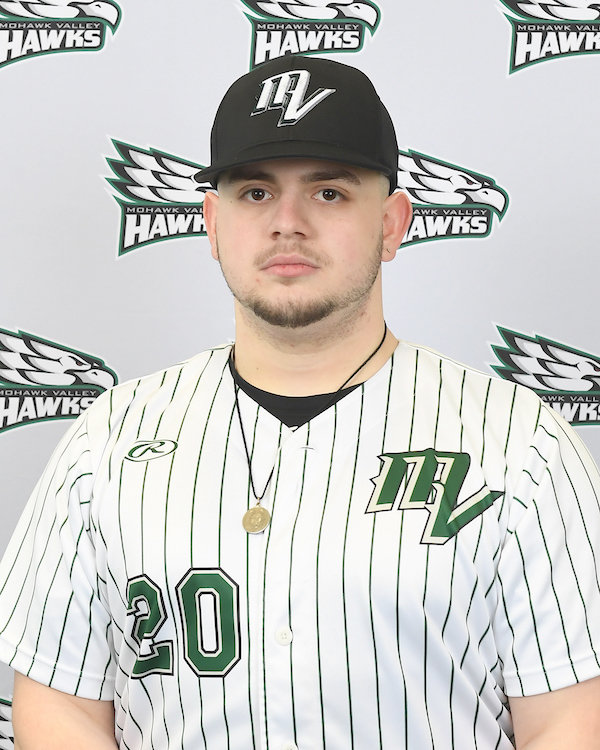 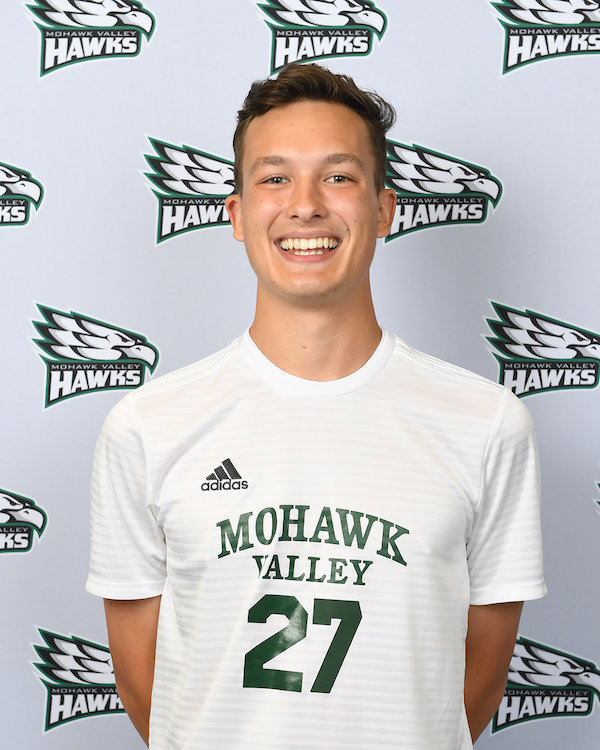 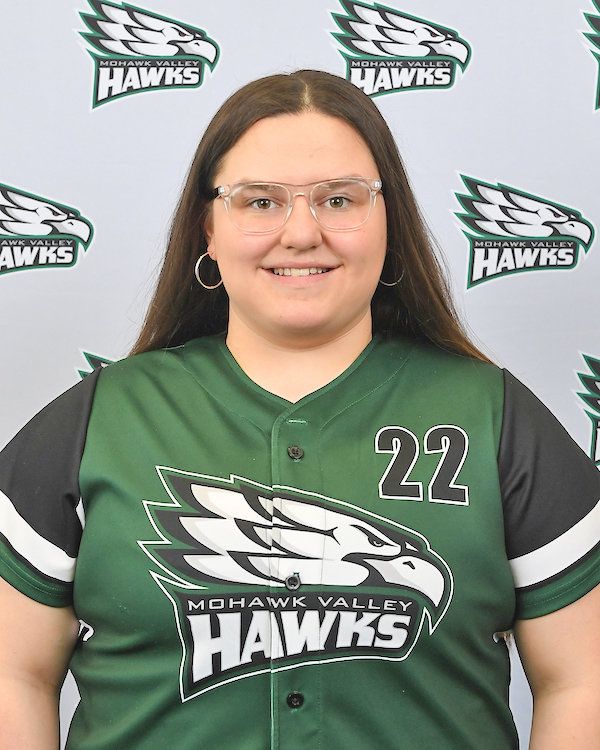 Viquez of Iguala, Mexico, is a sophomore on the men’s soccer team and has a GPA of 3.73. Viquez led the country in shutouts and goals against average in fall 2021 and made Second Team All-Region in spring 2021. He also was team captain for the spring and fall 2021 semesters.

Rich of Ilion helped the women’s soccer team go to nationals in fall 2021 and broke the single season goal record with 42 goals and 94 points. She was team captain for 2021, and was twice named MVCC’s Most Valuable Player, as well as a First Team All-American, the NJCAA Region III Player of the Year, and the NJCAA Mountain Valley Conference Player of the Year. Rich also made the National All-Tournament Team, the All Region First Team, and Mountain Valley Conference First Team. Rich is currently playing Division I soccer at Stony Brook University.

The Alumni Award is presented annually to the male and female student-athlete who, while receiving little acclaim, showed great dedication to the welfare of the team and a persistent effort in the pursuit of excellence in their chosen sport. This year’s winners are men’s baseball player Hunter Roth and women’s softball player Samantha Weber.

Roth of Herkimer has proven himself to be a great teammate for Hawks baseball this year. He has a positive attitude and is always working hard to better himself and help his teammates. Roth plans to return to MVCC next year to continue pursuing his degree playing for the Hawks.

Weber of Salisbury is a sophomore on the women’s softball team. Weber has proven herself to be a dedicated student-athlete who never misses practice, comes ready to work every day, and is a great teammate to her fellow Hawks.

Weydig of Kenwood helped propel the men’s basketball team to a 15-win 2021-22 season, as well as a win in the regional tournament in March. His leadership, work ethic, and positive outlook were paramount to the team’s success and Weydig became a “coach on the floor” as the Hawks battled through injuries and a challenging schedule.

Calicchia of Rome, a sophomore on the women’s softball team, is batting .479 with an on-base percentage of .527 and a slugging percentage of .890. She also has 28 RBIs, eight doubles, and four home runs.

The Theodore F. Moore Memorial Scholar-Athlete Award is presented annually to the male and female student-athletes who participated in a varsity sport each of their two years and have the highest cumulative GPA. This year’s winners are men’s soccer player Ethan Wojdyla and women’s tennis player Selma Dizdarevic.

Wojdyla of Rome is an accounting major with a cumulative GPA of 3.96. Wojdyla made seven appearances in his career at MVCC.

Dizdarevic of Utica was a dual major in adolescent education and english with a 4.0 GPA. As a second year women’s tennis player, Dizdarevic helped the team go to Nationals in fall 2021, where she finished fourth in singles and fifth in doubles. Dizdarevic also was named First Team All-Region Singles and Doubles for the spring and fall 2021 semesters. She is currently attending Ithaca College and plans to go to Utica University this fall.

The Kiwanis Award is presented annually by the Utica Kiwanis Club to the male and female student-athletes who best demonstrate outstanding accomplishments in athletics, academics, and leadership. This year’s winners are men’s soccer player Elhadji Sidibe and women’s tennis player Dizdarevic.

Sidibe of Syracuse, a freshman on the men’s soccer team, was team captain and led the Hawks in goals with 14. Sidibe was named a Second Team All-American in fall 2021 and a First Team All-Region and All-Conference for fall 2021. He also has a GPA of 3.91. Sidibe has signed a national letter of intent with NCAA DI Canisius College.