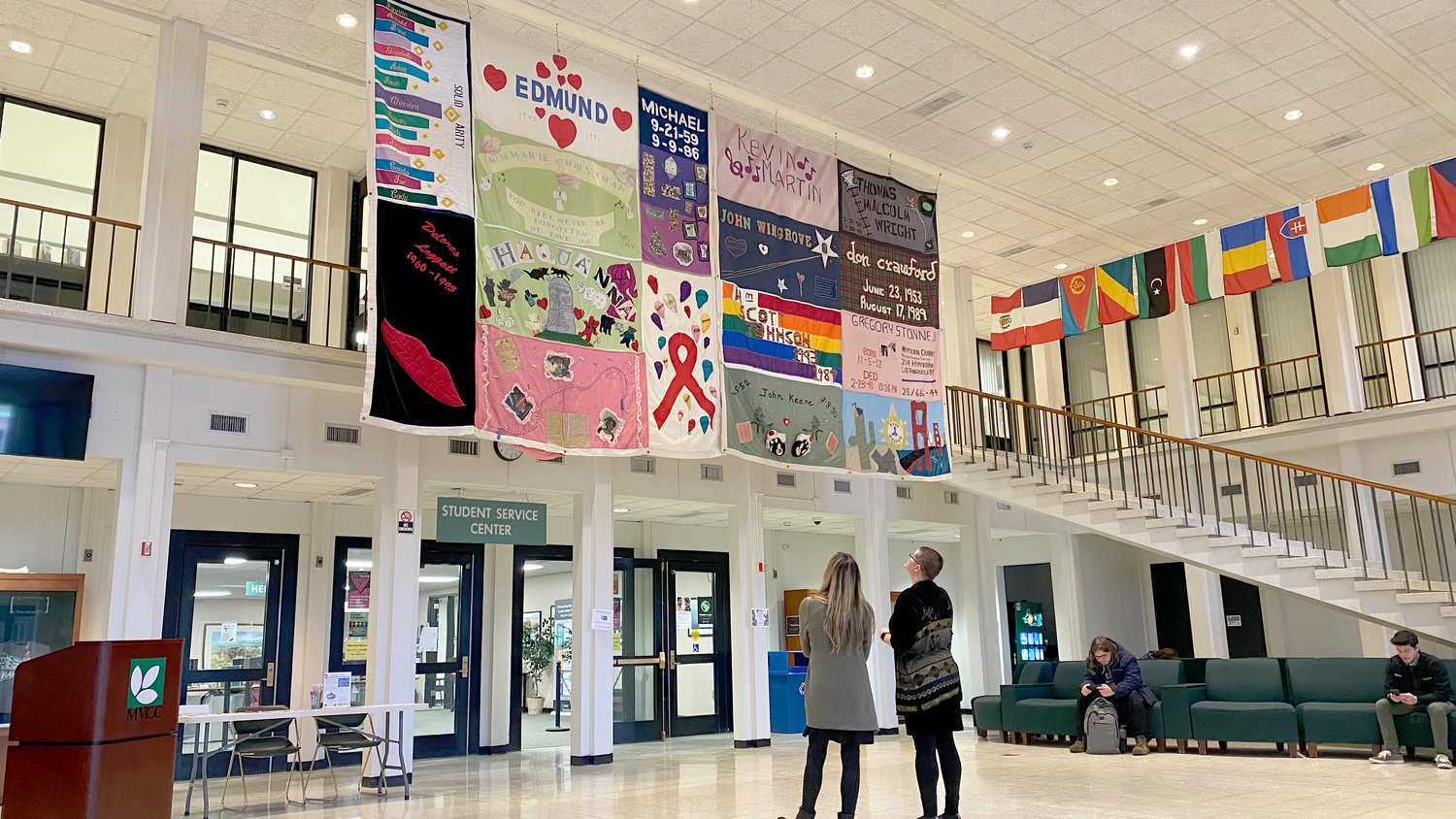 UTICA — Panels from the AIDS Memorial Quilt were on display at Mohawk Valley Community College to commemorate World AIDS Day.

According to the National AIDS Memorial, the AIDS Memorial Quilt was conceived in November of 1985 by human rights activist, author and lecturer Cleve Jones upon learning that over 1,000 people from San Francisco have died from AIDS.

What started with name placards of people who’s lives were lost due to AIDS being taped to the San Francisco Federal Building has grown into a national event of quilt panels coming together to honor the lives and legacies of those who have succumb to the disease.

Today, the quilt has more than 50,000 panels with over 110,000 names and is the largest community arts project in the world.

In addition to the AIDS Memorial Quilt, World AIDS Day, observed on Dec. 1, also focuses on raising awareness and decreasing the stigma associated with the disease and pays homage to those who have lost their lives from it.

While officials say that research and treatment for AIDS has drastically improved over the last 40 years, Dr. Melissa Barlett, associate professor at Mohawk Valley Community College, said that the disease is still prevalent and affects millions of lives around the world.

“Worldwide, there are about 38 million people living with AIDS and 1.7 million of these are below the age of 15. 650,000 people died of AIDS and HIV related illness in 2021. While research continues to provide new and better treatments and prevention strategies, the fight against this disease is far from over,” Barlett said.

This year’s theme for World AIDS Day is Equalize, which brings attention to the inequities some people face in seeking knowledge and access to preventative care and treatment.

“Even though we have excellent programs for testing, treatment and prevention, there are still significant inequalities in those who have access to these resources ... Education and awareness continue to play key roles in ending the AIDS epidemic. Everybody can play a part in this,” Barlett added.