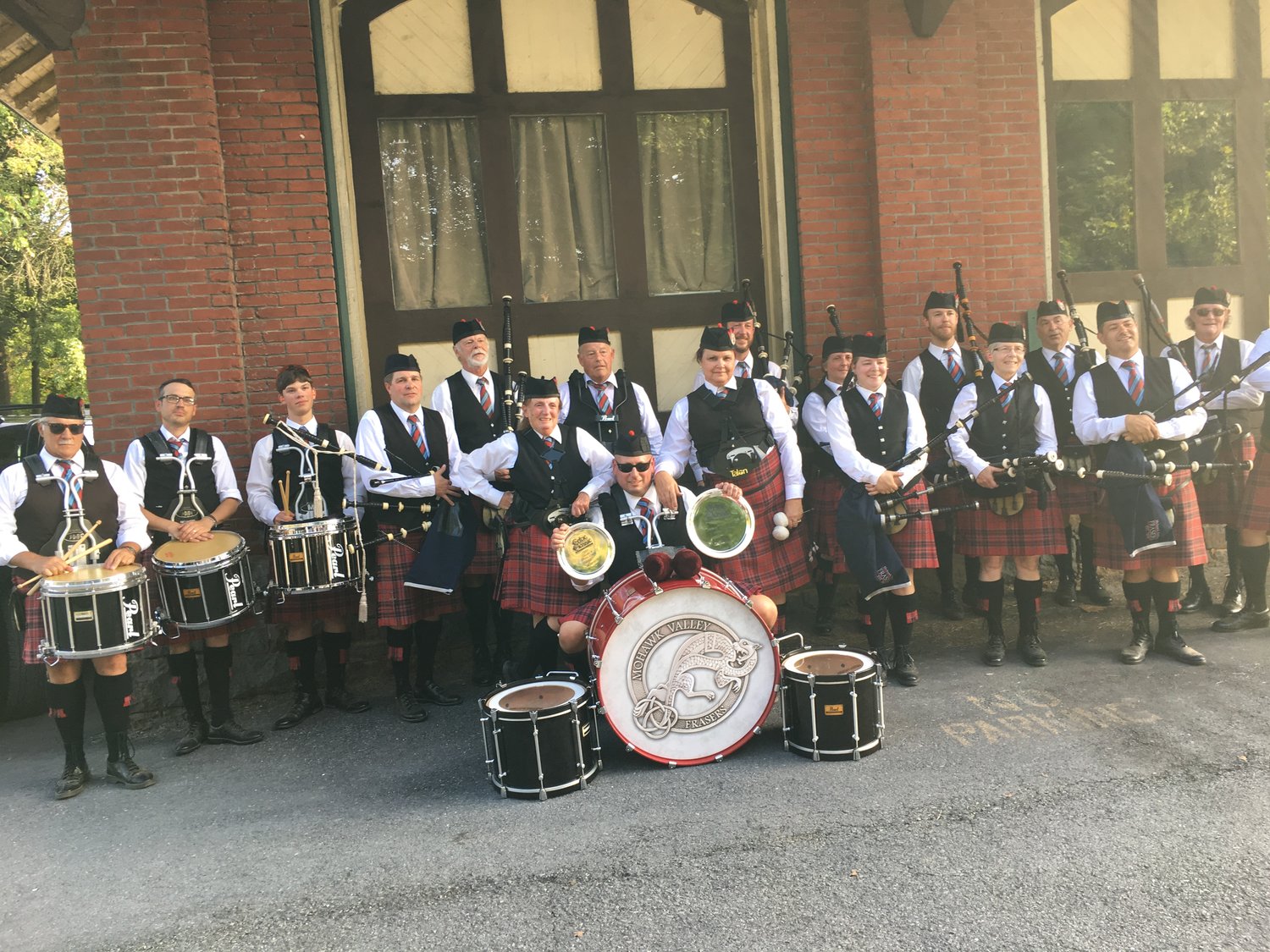 LOOKING FOR COMPANY — Members of the Mohawk Valley Frasers pose for a photo after a recent event. The the band is always on the lookout for new members who wish to cultivate their taste for Celtic music, group officials said, adding that age is no barrier to learning the pipes or drums. The band offers extensive instruction to all who would like to learn, according to group officials.
(Photo submitted)
Posted Thursday, November 14, 2019 12:00 pm

The Mohawk Valley Frasers Pipe Band has added to its trophy case with the group’s Grade 4 competition unit capturing the crown as Champion Supreme of the Eastern United States Pipe Band Association.

Pipe Major Michael Roddy’s Frasers took the top honors by besting 46 bands from across the country.

In its eight competitions, the band’s drum corps, under the direction of Drum Sergeant Bill MacNeill, was undefeated.

Unlike many pipe bands, the Frasers are actually made up of two competition units playing at different competitive levels. This allows for people of varying abilities to play with the band, group officials said.

The Frasers Grade 5 band, under the direction of Pipe Major Ed Nickerson, finished the season second out of 91 bands.

“People across Central New York readily recognize the Frasers as they parade in communities throughout the area,” according to an announcement by the Mohawk Valley Frasers. “Many graduates of CNY colleges fondly remember being launched into the adult world to the sounds of the Frasers playing at graduations. What may be less known is the impact the band has in pipe band competitions throughout the Northeast and Canada. The band is primarily a competition band that only plays in other venues as a sideline.”

“The band is always on the lookout for new members who wish to cultivate their taste for Celtic music,” according to an organization announcement. “Age is no barrier to learning the pipes or drums; all age groups are represented in the ranks of the Frasers. The band offers extensive instruction to all who would like to learn. Both bands are on a roll...it’s just a fantastic time to join the Frasers,” said Pipe Major Jim Clough.

The Mohawk Valley Frasers, founded in 1973, draws its members from nearly every community between Rochester and Little Falls.