Mohawk Valley Economic Development Growth Enterprises Corporation has announced the appointment of Justin Hummel to serve as its chair of the board of directors. 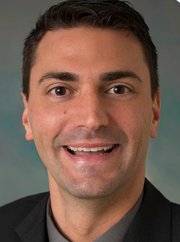 ROME — Mohawk Valley Economic Development Growth Enterprises Corporation has announced the appointment of Justin Hummel to serve as its chair of the board of directors as well as the election of three new directors to its board.

“Hummel’s expertise and direct experience in leading a successful and growing small family-owned business are prime qualifications for his role as board chairman,” the agency said in an announcement.

“It is a great honor to continue serving the Mohawk Valley EDGE’s board of directors,” said Hummel. “As a small business owner, I have seen many challenges and uncertainties. But I have also witnessed incredible partnerships and growth. Our region’s strongest assets are our ties to the communities we serve. I plan to advance this work with my colleagues and leading area organizations as board chair.”

In addition to his EDGE involvement, Hummel serves on many boards and strongly believes in giving back to the community. Past and current board involvement includes the Salvation Army, Ronald McDonald House, Herkimer County Chamber of Commerce, and Little Falls Hospital Board of Trustees.

Hummel succeeds previous Board Chairman Rocco F. Arcuri Sr., president and CEO of Adirondack Bank. Throughout Arcuri’s three-year tenure, he oversaw the board through the COVID-19 pandemic, Wolfspeed’s Marcy fabrication facility construction, and fostered a positive relationship with Oneida County.

In addition to announcing Hummel’s appointment, the Mohawk Valley EDGE board of directors welcomed its three new directors, who were appointed to fill vacancies on the board. They are:

“We welcome these new board appointments and Mr. Hummel’s new role as board chairman,” said MV EDGE President Steven J. DiMeo. “Our board continues to represent the top community leaders and employers in Oneida and Herkimer counties. These are expertly knowledgeable individuals from a variety of fields. They understand our region and its growth potentials, as we further our mission to strengthen economic developments in the Mohawk Valley.”

EDGE’s Board of Directors is comprised of more than 50 business and community leaders from Herkimer and Oneida counties. These directors represent our region’s economic fabric, including the finance and insurance sector, advanced technology, manufacturing, higher education, and medical among many others, according to the agency announcement.

Mohawk Valley EDGE is a not-for-profit corporation dedicated to strengthening and growing the economy of the Mohawk Valley.