Munson-Williams-Proctor Arts Institute has announced several new board of trustees appointments effective this month, including F.X. Matt III as the new chair. 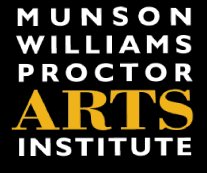 UTICA — Munson-Williams-Proctor Arts Institute has announced several new board of trustees appointments effective this month, including F.X. Matt III as the new chair.

Matt has served on the board for several terms since 2007, working closely with the Finance and Governance committees, including a term as board chair from 2013 to 2016. Other new board officer appointments include the naming of Vice Chair Christian Heilmann and Secretary Dietra Harvey, according to the announcement by the organization.

Matt succeeds William Craine, chair of the board for the last three years. During Craine’s tenure, Munson-Williams took major steps forward in the organizational strategic plan, including the development of a campus master plan and new brand that will be unveiled in March, the announcement said. Additionally, Munson-Williams navigated the pandemic, successfully relaunched in-person events, welcomed the largest PrattMWP College classes to date, grew membership, and welcomed several new directors to the leadership team, it added.

“William Craine successfully led Munson-Williams’ Board of Trustees through tumultuous and exciting times,” said Munson-Williams President and CEO Anna D’Ambrosio. “We look forward to F.X. Matt III’s leadership as we move ahead on our rebrand and vision for the future.”

With the new year, Munson-Williams also welcomed new trustee Laura Tansey Wetzel of Cooperstown. Before moving to the area, Wetzel was the director of quality management and regulatory compliance at Bryn Mawr Hospital, Main Line Health System, in Pennsylvania. She also brings a great deal of experience to the Munson-Williams board, having served on the boards for Guild of the Glimmerglass Festival and the Catskill Symphony Orchestra, among others.

Wetzel is a familiar face at Munson-Williams, having been a Museum of Art docent since 2019.