REVIEW: ‘Don’t Look Up’ is a harrowing satire 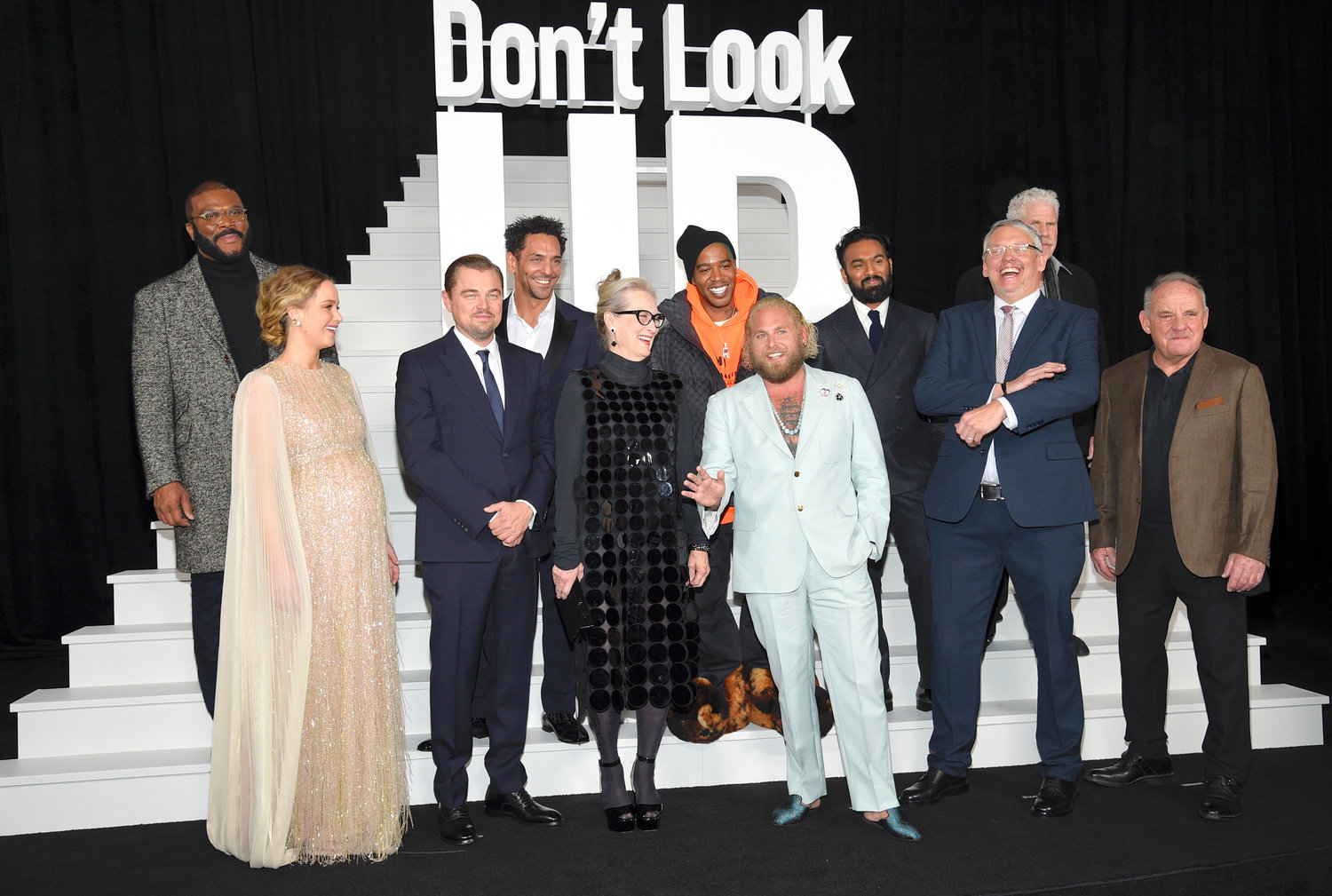 A big, heaping dose of good, old-fashioned satire is served up on a silver platter in “Don’t Look Up,” a harrowing, funny and painfully realistic look at the end of the world.

The world is a crazy place these days. We all know it; we all feel it. So what happens when you take all of that craziness and smash it up against the cold, hard reality of impending doom? That is the plot of “Don’t Look Up,” a harrowing satire that replaces a meteor strike for climate change. Netflix is going to push for it to be a Oscars contender, and it deserves consideration.

“Don’t Look Up” had a brief theatrical run and is now available to stream on Netflix.

In the film, a pair of university astronomers discover a new comet, then also quickly discover that it’s going to crash into the Earth and wipe out all life on the planet in six months. The astronomers then have to contend with an incompetent government, a shallow, celebrity-obsessed media and a skeptical public to try and get the word out and warn everybody.

Make no mistake, “Don’t Look Up” wears its satire on its sleeve. This is a movie about climate change. Or at least it started as that when it was getting made. Nowadays, it would also qualify as a movie about COVID-19. But the fact of the matter stands: “Don’t Look Up” is trying to warn all of us about very real, very dangerous future consequences.

Fortunately, it’s a movie, so we get to laugh and watch some endearing performances while the danger looms over us. That is the excitement of “Don’t Look Up.”

We get to watch these interesting characters — played by Leonardo DiCaprio and Jennifer Lawrence — struggle against the madness. They just want to help, but there is just so much nonsense in the world today.

“Don’t Look Up” is a fun journey with these characters. The plot kicks in immediately, and the movie is a bit of a roller coaster with its ups and downs and growing tension. There is no heroic team of astronauts heading into space to drill a hole in the comet, like classic action movies of old. “Don’t Look Up” is all awkward reality and impending doom. It’s great.

“Don’t Look Up” achieves exactly what satire is supposed to achieve. It shines a big, funny light on a very real problem, and hopefully we’re smart enough to recognize what the movie is trying to say.

Fortunately, “Don’t Look Up” does not get bogged down in its message. It stays entertaining throughout, with plenty of humor and quite possibly the funniest ending I’ve seen in a movie in a long time.