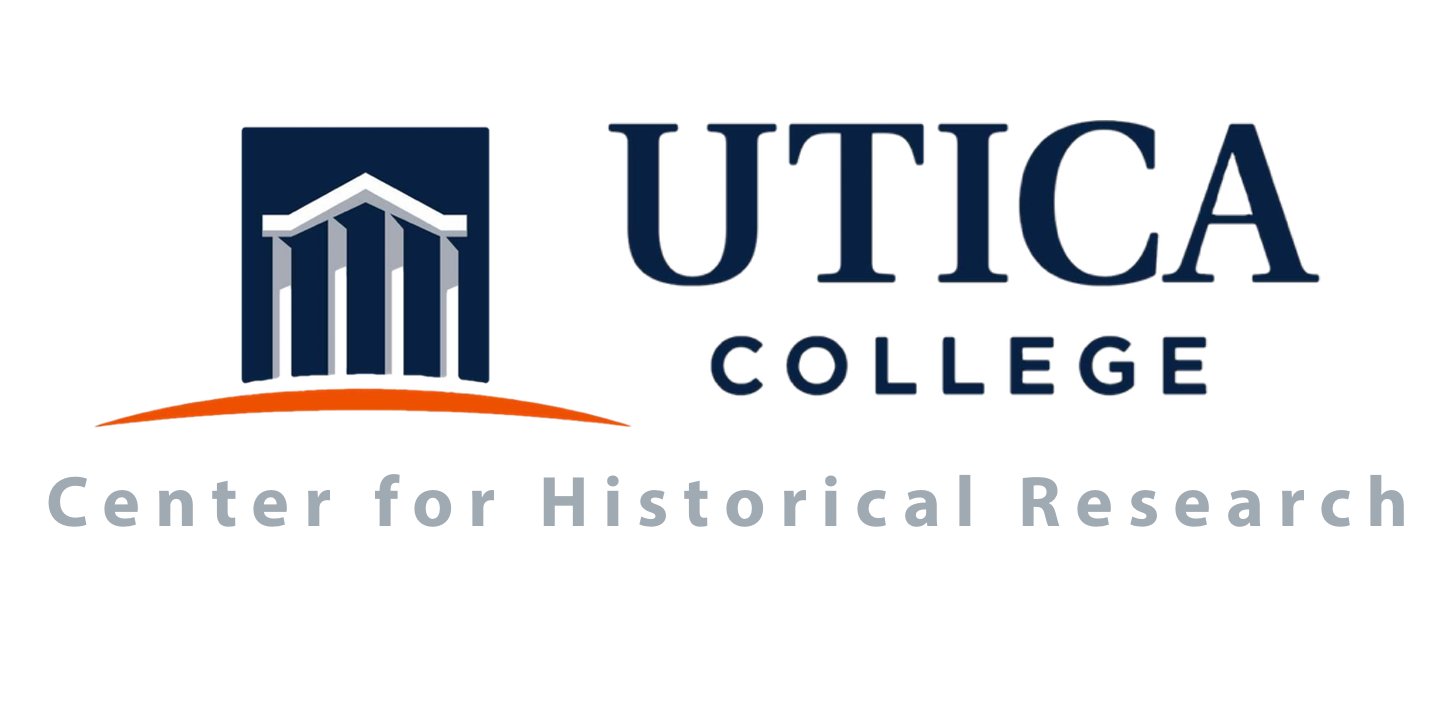 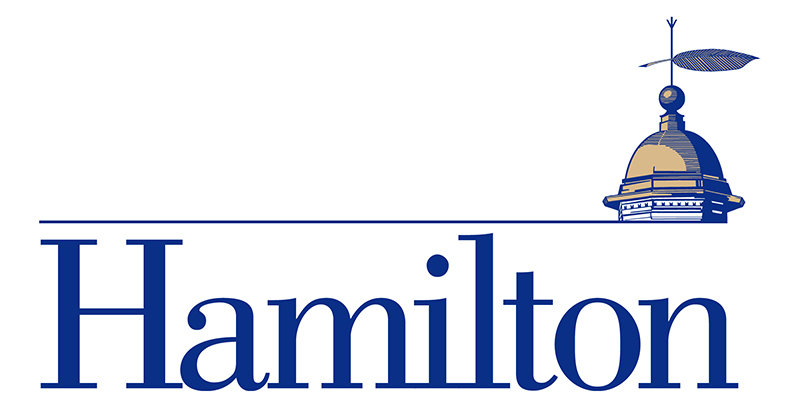 Lauren Mattia, Business Development Manager at Northland Communications in Utica, a New Hartford Senior High School, as well as Mohawk Valley Community College and Utica College aluma, posed an unavoidably timely query during an open Q&A segment to area college presidents participating in a recent virtual roundtable hosted by The Genesis Group and the Mohawk Valley Alliance of Chambers of Commerce and Affiliate Partners: “Are all of your colleges already offering or preparing to offer formal education in the Diversity, Equity and Inclusion realm?”

Mattia, a member of the greater Mohawk Valley community, challenged the presidents of Hamilton College, Herkimer College, SUNY Polytechnic Institute and Utica College to reveal their response as leaders and the response of their institutions as a whole to the national call for acknowledgment and progress on an issue that is steeped in a history of protest, pain, division, conflict, courage and change.

“It is a great opportunity to ask a question that I think is relevant to all the presidents,” said Mattia. “Navigating through Covid was new for everyone in the world. But, at the same time as Covid, there was an eruption around Black Lives Matter after the tragic death of George Floyd.”

Mattia sympathized with the campus leaders to say she could not even imagine what they were busy trying to do when that event and its aftermath began to unfold. She shared that she was aware that her own alma mater, Utica College, had turned its focus to “DE&I” in the recent hiring of Dr. Anthony Baird as Vice President of Diversity, Equity and Inclusion at 80+ year-old, small liberal arts college at home in the Mohawk Valley.

Mattia noted that SUNY Poly Acting President, Dr. Tod Laursen, had “hit the nail on the head” during his roundtable remarks, which encouraged a focus on our children to guide our shepherding of them into their future.

“I am learning vocabulary from my senior in high school – gender dysphoria – which I was oblivious to,” shared Mattia. “My daughter is teaching me about my own prejudices, which is so eye-opening.”

“So, my question to all of the presidents: Are we moving in a direction toward really educating our children and their parents about these diversity and inclusion environments?”

“We are already well on our way…”

Cathleen McColgin, President of Herkimer College, shared that one of what the school calls its “pillar committees” is the Diversity, Equity and Inclusion Committee. The “DE&I” committee is comprised of administrators, faculty members, staff and students and makes formal recommendations to the college’s executive council – and to its president – regarding various activities and programming to enhance the institution’s efforts around the initiative.

“What I’m really excited about – and I see Tod (Laursen) is shaking his head – is the recent resolution passed by the SUNY Board of Trustees.” said McColgin. “All SUNY campuses must include DEI as one of the – now 11 – knowledge areas in which all of our students must have formal coursework with student learning outcomes directed towards this very issue.”

McColgin comments referenced the now 11 knowledge areas convening to represent SUNY’s general education requirements in which all SUNY students must complete coursework in their pursuit of a degree: Basic Communication, Mathematics, American History, Other World Civilizations, Foreign Language, Social Sciences, Humanities, The Arts, Natural Sciences, Western Civilization and – now – Diversity, Equity and Inclusion. The Diversity, Equity & Inclusion knowledge area requirement will be rolled out in the fall of 2023.

Said McColgin, “we are already well on our way to identifying how we are going to change our curriculum so that this important subject area is addressed for all of our students and our campus community.”

“This is not a ‘checking the box’ type of issue…”

Dr. Laursen, SUNY Poly President, took the cue from McColgin, to say he “had to give a plug” to that general education framework that he was a part of imagining as a former system provost at SUNY.

“All too often – and this is not specific to DE&I – our approach to general education, if we’re not careful, becomes about “checking boxes,” warned Laursen. “This is not a “checking the box” type of issue.”

Laursen promised that the ultimate approach to the DE&I knowledge area that we can expect to see from all of the SUNY institutions will be “refreshing.”

“What we are trying to reflect,” said Laursen, “is that – in a very believable, credible and concrete way – the learning outcomes in our curriculum manifest these values.”

Like Utica College, SUNY Poly has recently brought on board Dr. Mark Montgomery – himself a Poly alum – as its inaugural Diversity Equity and Inclusion Officer, a.k.a Chief Diversity Officer. And, like Dr. Baird at Utica College, Montgomery took on the role amid the challenges posed by the Covid-19 pandemic.

“So much of a Chief Diversity Officer’s job is engagement with all constituencies, conversations on campus about how new gen ed requirements will be updated and implemented, and also hearing from students about what they observe from their interactions on campus,” said Laursen, “and how we can – in a new world with new technologies – make sure we’re keeping up with that and make sure that everyone feels welcome.”

Laursen applauded Montgomery for doing a remarkable under challenging circumstances of starting conversations that have not been historically prevalent on the Poly campus.

“At the end of the day, we are part of the
larger community – both locally and nationally – and some of the issues that affect
society as a whole
continue to influence things on campus.”

“It is an important question,” Wippman said to begin his remarks on behalf of Hamilton College.

Wippman drew the broader view to say that addressing issues and challenges around diversity, equity and inclusion is an ongoing effort on all of the area campuses, as well as at institutions of higher education around the country.

“It is something we’ve been working on for years,” said Wippman, “but we’ve definitely accelerated over the past year.”

For a number of years, Hamilton College students have had a curriculum requirement in the area of Social, Structural and Institutional Hierarchies.

Wippman shared that the college has now formed an advisory council to review all existing programs already in place to promote DE&I and to make recommendations for ways to strengthen them.

“And we are implementing those recommendations,” said Wippman.

Hamilton College has engaged the counsel of an outside search firm to guide them in progress toward the hiring of their inaugural Chief Diversity Officer.

Wippman assured that Hamilton is working on a campus-wide plan to promote DE&I.

“We are working on this across many dimensions,” said Wippman, “but, at the end of the day, we are part of the larger community – both locally and nationally – and some of the issues that affect society as a whole continue to influence things on campus.”

Wippman noted that the current freshman class boasts a record number of students of color.

“This is not something that just one person can do; it is an institutional imperative.”

Utica College, like all of its peers on the virtual panel, made a priority of putting an administrator in place to focus primarily on promoting diversity, equity and inclusion among its campus community. Dr. Anthony Baird, Utica College Class of 1993, reunited with his alma mater as its Vice President of Diversity Equity and Inclusion and Student Transitions/Chief Diversity Officer just in time to deliver the keynote address to the Class of 2023 at their freshman convocation.

“He brings great perspective to us,” said Casamento of the addition of Baird to the UC team of administrators. “He relocated here from Massachusetts and has embedded himself in our community; particularly on Community Foundations on Equity Initiative.”

Baird has been empowered by the college in his efforts with the commitment of a full-time staff of three professionals whose roles are devoted to working with students, campus clubs and organizations to “work in the community” to promote DE&I.

“This is not something that just one person can do; it is an institutional imperative,” said Casamento. “You can assign responsibility to one person, but it takes a village.”

Utica College, together with Hamilton College, has joined the Liberal Arts Colleges Racial Equity and Leadership Alliance (“LACREAL”), which is currently comprised of leaders from approximately 60 liberal arts colleges and universities across the country. Casamento applauds LACREAL for providing “terrific training” for college faculty and staff. They are able to archive the trainings, as well, so that everyone in the Utica College community has the opportunity to take advantage of it.

Utica College has also added an Africana Studies major program and has revised their general education requirements to create DE&I concepts and infuse them across the curriculum.

Casamento told her students at convocation this year that they need to familiarize themselves with two Utica College documents: On is the Utica College Statement of Freedom of Expression and Speech.

“At Utica College, you can disagree with one another and we fervently promote that; I will promote that as president,” said Casamento.

The other document to which the college president directed her freshman was the Utica College Statement on Racial and Social Justice, what Casamento called a “very powerful stance” on the college’s role in making the world a better place by ensuring that people come together with respect for one another and for their differences.

“The two can co-exist,” affirmed Casamento. “You hear a lot of rhetoric in the world today that they can’t. But they can. And it’s important that they do.”