A Missouri woman has been charged following the arson investigation at the Motel 6 on Airport Road in Oriskany last weekend, according to the Oneida County Sheriff’s Office. 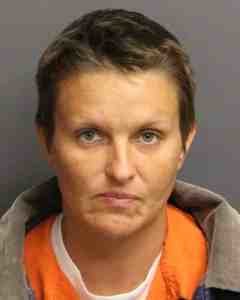 ORISKANY — A Missouri woman has been charged following the arson investigation at the Motel 6 on Airport Road in Oriskany last weekend, according to the Oneida County Sheriff’s Office.

On Thursday, the sheriff’s office criminal investigation unit secured an arrest warrant from the Town of Whitestown Court, and on Friday the Oneida County Sheriff’s Office Warrants Unit took Newbold into custody. This, after she was located in the Village of Waterloo by the Village of Waterloo Police Department and the Seneca County Sheriff's Office.

Newbold was transported to the Kurt B. Wyman Law Enforcement Building in Oriskany where she was processed and booked on the charges. She was then brought to the Oneida County jail to await arraignment.

An alarm was raised at 6:03 a.m. Saturday, Aug. 20 for a fire inside the Motel 6, which was over 70% occupied and undergoing some renovation work, according to the Oriskany Fire Department.

Firefighters arrived on the scene and encountered heavy smoke in the lobby and main entrance area, with more smoke reported in the back of the building.

The fire was discovered in the former ballroom, where building supplies were being stored.

Firefighters from four volunteer departments knocked down the blaze with no injuries to firefighters or motel residents. One occupant of the motel was treated for smoke inhalation, authorities said.

Crews were on scene for a little more than two hours.

As the investigation progressed, law enforcement publicly asked for help locating a person of interest relating to the incident.