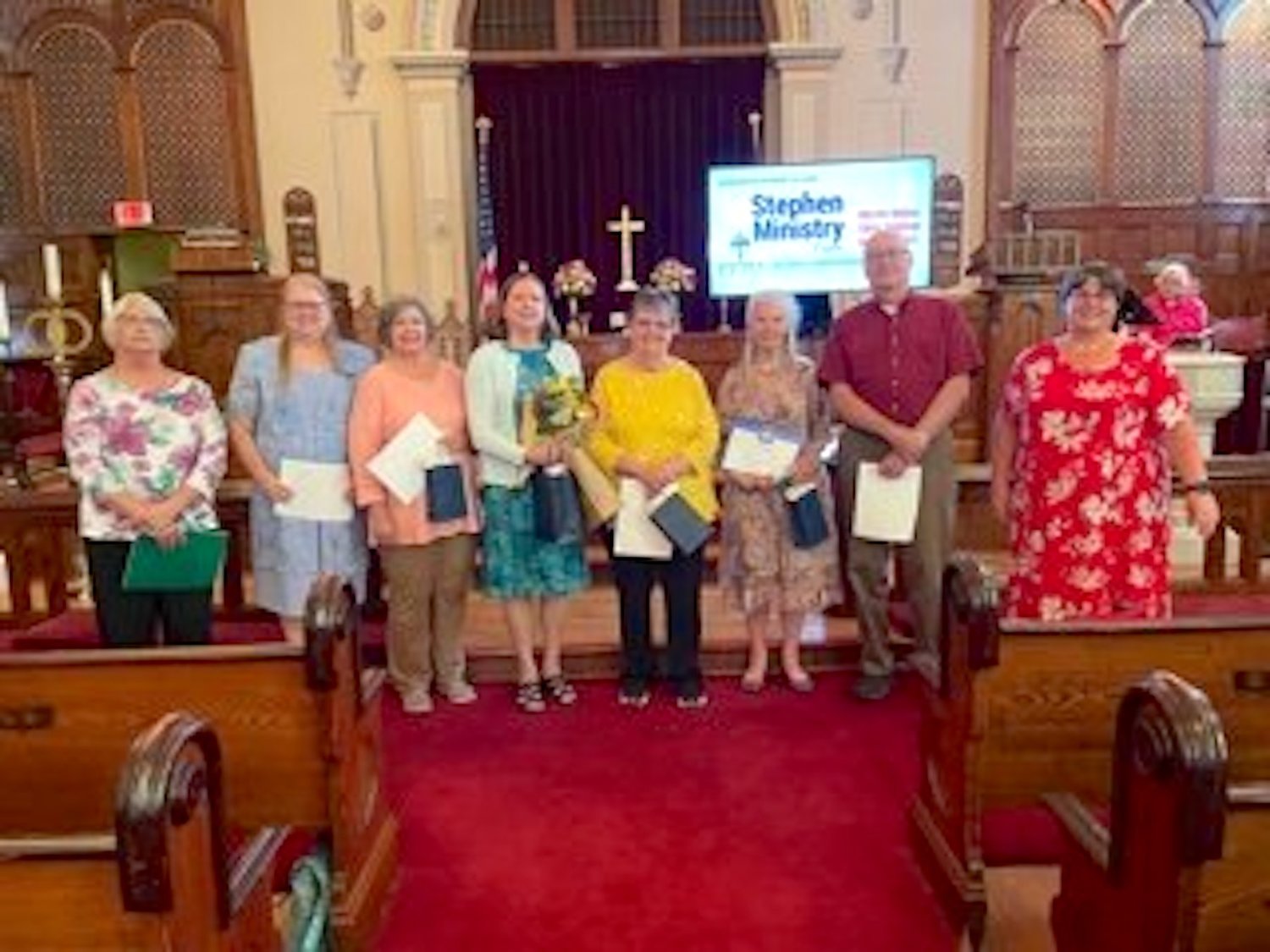 The building of the ministry was made possible by anonymous donation to fund registering with Stephen Ministry of St. Louis, Missouri, a worldwide, not-for-profit organization that provides training for Stephen Leaders and Stephen Ministers.

Training classes were enhanced by the teaching gifts of Sonia Marris from Oriskany Falls United Methodist Church. Marris had gone through Leader training and said she hopes to bring the ministry to her church, but in the meantime gave her time to teach the first group.

Expertise was provided by the Rev. Becky Guthrie, pastor, the Rev. Carol Jubenville and The Rev. Joelle Faulks, pastor, who participated in teaching classes. Pastor Faulks also audited the classes to be better prepared as a Stephen Leader and pastor for the Stephen Ministry group.

Stephen Ministers care for those who are hurting and grieving due to loss of loved one, job, home, or marriage and those who have serious health issues, or are family caregivers, or other significant life stresses. It is confidential one-to-one caregiving, and the Stephen Minister can continue the weekly visits until the situation is improved or resolved.

Access to being cared for is open to members of the two congregations and people in the community. Anyone who thinks they may benefit from a Stephen Minister may contact either Ginger Clive at First United Methodist Church of Herkimer at 352-205-1961 or Pastor Faulks at 315-569-2173.