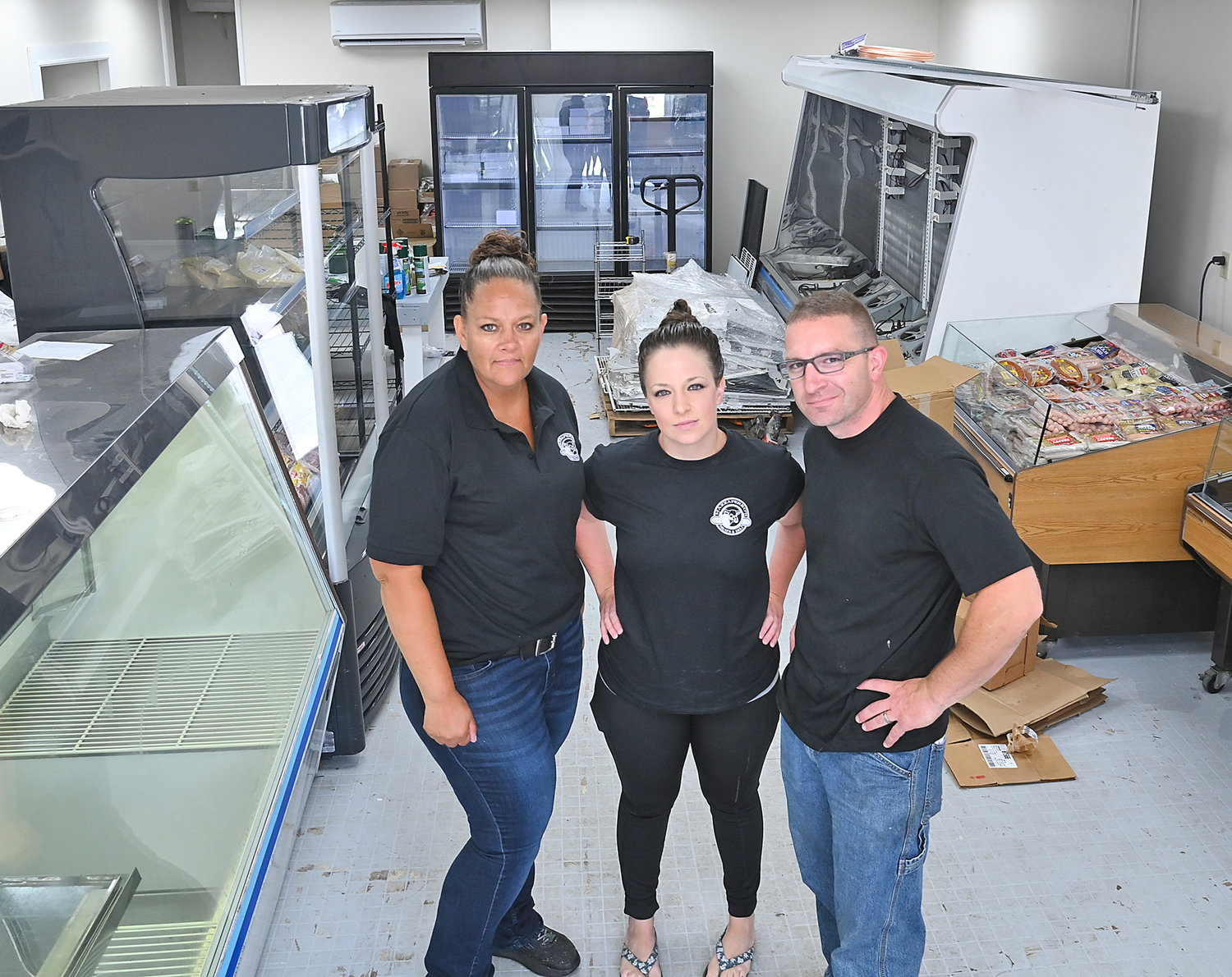 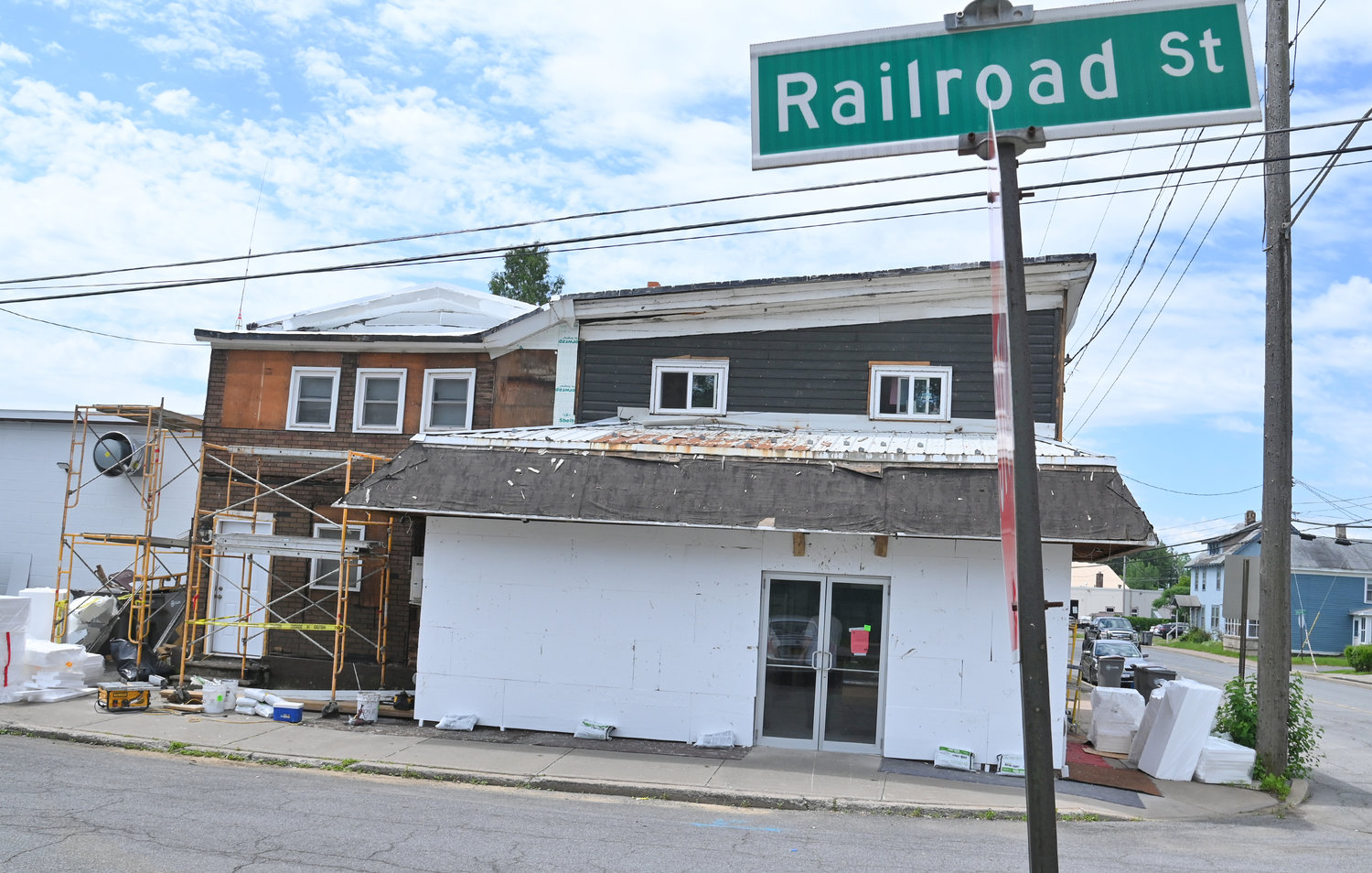 Following the fire that destroyed Mazzaferro's Meats & Deli on Ridge Mills Road in late April, a new, smaller satellite store will open next week on Railroad Street in Rome. The company has spent the past two months gutting and refurbishing their old wholesale shop to be more direct business friendly.
(Sentinel photo by John Clifford) 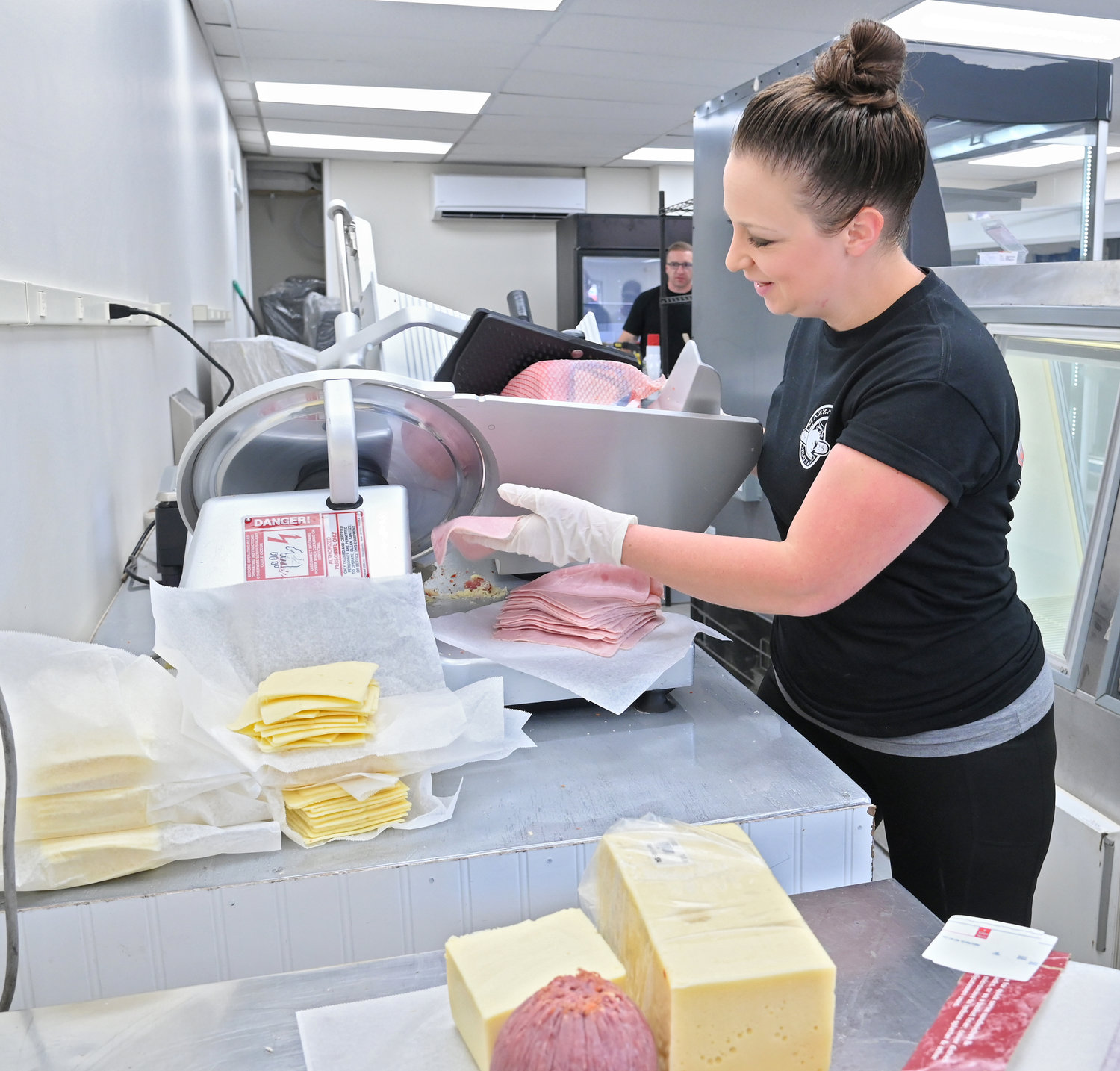 Mazzaferro’s Meats & Deli manager Sabrina Davis slices up ham at the Railroad Street location on Friday. The satellite store will be used for business until a new building is put up at their old Ridge Mills Road location.
(Sentinel photo by John Clifford) 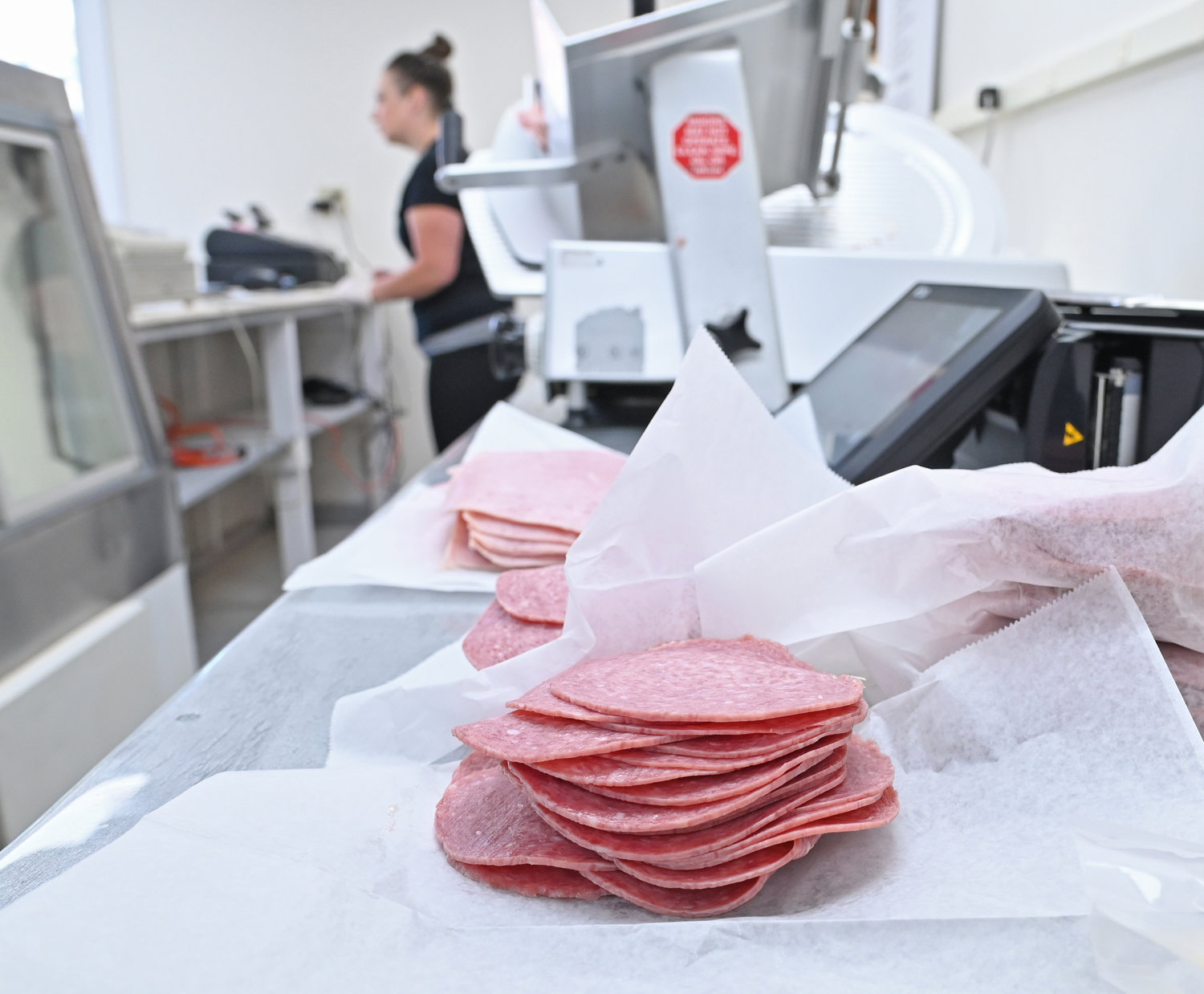 The Mini-Mazz Market will open soon at 100 Railroad St. and will feature fresh meats, cooked foods and catering, according to co-owner Joseph Mazzaferro. An exact date for the official opening has not been announced, though Mazzaferro’s has been doing some business out of the location already.

“There’s a lot of excitement here,” Mazzaferro said on Friday. He co-owns the business with his brother, Brian Mazzaferro.

“We’re bringing over a lot of products. Obviously, we’re limited in space. We’re going to have fresh cut meats that people know us for.”

Mazzaferro’s Meats & Deli’s location on Ridge Mills Road was destroyed by an early afternoon fire on April 29 that spread quickly through the building. While employees and customers escaped without injury, heavy winds rapidly spread the flames and firefighters were on the scene for several hours getting the fire under control and dousing lingering hot spots.

Mazzaferro’s has been a Rome staple for upwards of 100 years, and the Ridge Mills location was in business for at least two decades before the fire.

The Railroad Street location had previously been used for wholesale. Mazzaferro said they have spent the past two months gutting and refurbishing the building to serve as a small satellite store starting “hopefully next week.”

Along with fresh cut meats, Mazzaferro said the mini-market will feature overstuffed submarine sandwiches, a popular favorite, a full-service deli, cooked foods like macaroni and cheese, soups and salads, as well as their catering business. Mazzaferro said insurance money from the fire helped them equip a kitchen on Railroad Street.

“We’re fortunate we have a very good crew here,” Mazzaferro stated. “They’re loyal, hardworking people, and we take good care of them.”

Meanwhile, with the business operating out of the satellite office, Mazzaferro said the planning is already underway to rebuild at their Ridge Mills Road location. He said they’re already looking over the third set of blueprints.

“We’ve got some pretty exciting news once we’re OK’ed, and we’re moving forward,” Mazzaferro stated. “It’s going to be a new little set up.”

Mazzaferro said the new building will be bigger, and they’re thinking of moving the structure itself to a different location on the lot that will provide more room for parking and a better system for deliveries.