Nix, a miniature donkey with a potentially fatal heart condition, is on the mend after a successful pacemaker implantation by veterinarians at the Cornell University Hospital for Animals … 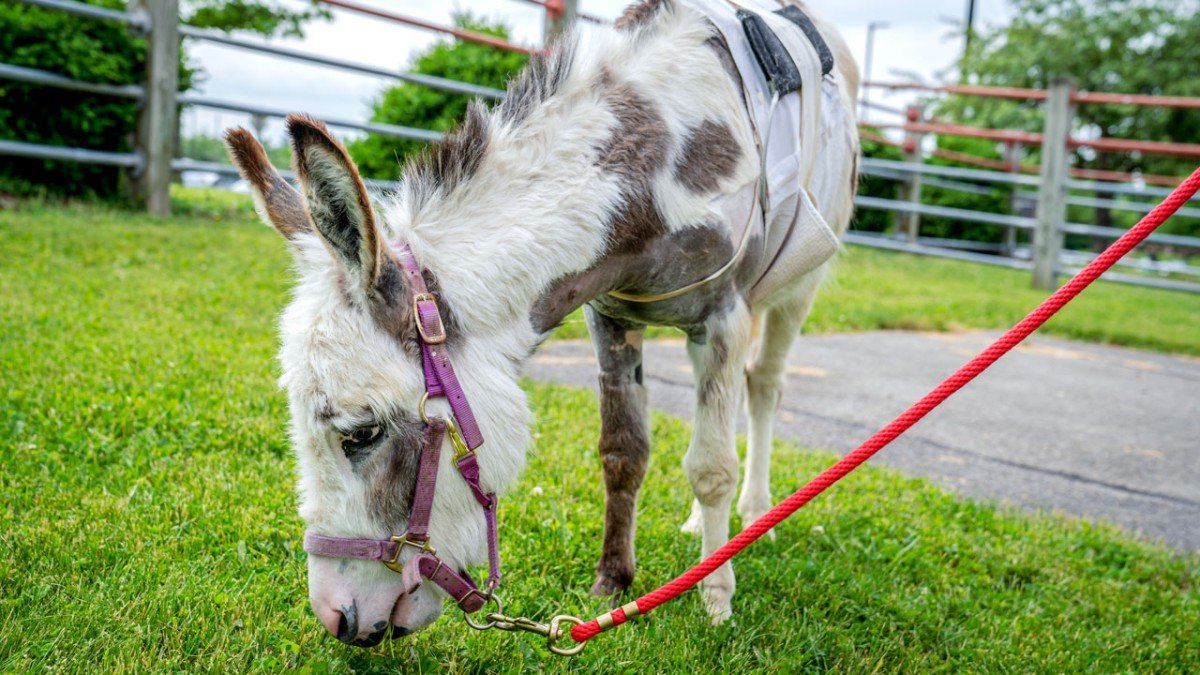 Nix, the miniature donkey, after her surgery.
(Darcy Rose/College of Veterinary Medicine) 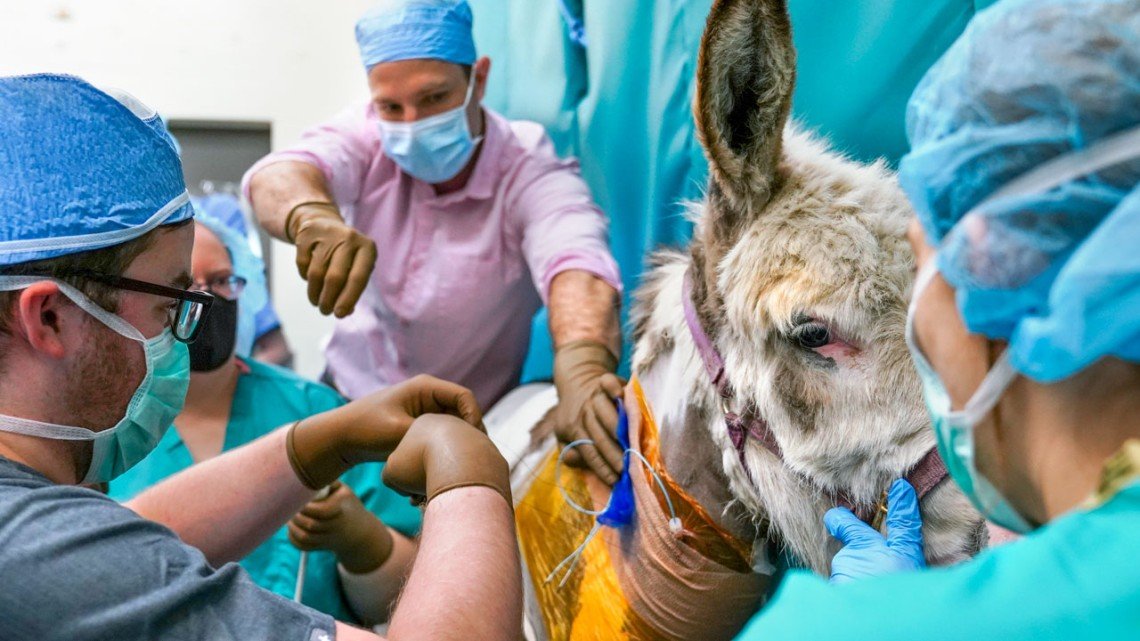 CANANDAIGUA — Nix, a miniature donkey with a potentially fatal heart condition, is on the mend after a successful pacemaker implantation by veterinarians at the Cornell University Hospital for Animals – the first surgery of its kind in a large animal species at Cornell.

“It was either do nothing and Nix would continue to get worse and possibly have a painful death – or the pacemaker,” said Mindy Lockwood of Canandaigua, who owns Nix with her husband, Carlton.

Nix’s collapsing episodes and overall lethargy began in the fall of 2020, when she was only a few months old. Her regular veterinarian, Dr. Joan Ayers of Genesee Valley Veterinary Hospital, assessed her condition in consultation with the Lockwoods and Dr. Barbara Delvescovo, clinical fellow in the Section of Large Animal Medicine at Cornell.

In February of this year, Nix’s condition worsened. The Lockwoods saw that Nix was falling again, this time from a standing position, and she staggered even more while walking. “When she fell, she was dazed for a few seconds and then would get back up. Several times she fell and rolled out of the pasture fence, which caused us even more concern for her safety,” Carlton Lockwood said.

Ayers referred Nix to Cornell, where veterinarians did an echocardiogram and placed an ECG on her, which records the heart’s rhythm. With this information, Nix’s care team diagnosed her with third-degree atrioventricular block: Her atria and ventricles weren’t communicating, meaning her heart’s rhythm was very slow and irregular. There were frequent pauses of 20-30 seconds with no heartbeats or blood flow to her body, enlarging her heart. Without getting enough blood to her brain or around her body for long periods, Nix exhibited the classic clinical signs of this condition, including collapse, episodes of weakness and severe exercise intolerance.

Arrhythmias are divided into two categories, either physiological – meaning they happen normally when horses are relaxed but disappear with stress, excitement or exercise – or pathological, meaning they are abnormal, dangerous and can cause poor performance. Nix’s arrhythmia was the latter.

“This is a pathological arrhythmia that we see pretty uncommonly in horses, but a little more occasionally in donkeys, and especially mini donkeys,” said Dr. Katharyn Mitchell, assistant professor in the Section of Large Animal Medicine, who oversaw Nix’s case at Cornell.

Although it’s more common to see this type of arrhythmia in miniature donkeys, it is still a rare condition. “Given the severity of the arrhythmia and the frequency of collapse, medication will not be effective, so we only had the choice of placing a pacemaker or euthanasia, given the high risk of continued self-trauma,” Mitchell said.

Because of her age and lack of other underlying problems, Nix was a great candidate for a pacemaker, Mitchell said.

“There are a few mini donkeys around the world with pacemakers, but certainly it’s not common,” Mitchell said. “It was great teamwork.”

Nix’s care team noticed immediate improvement after surgery. Now the miniature donkey had enough blood flow to her brain to let her walk normally, without any fainting episodes or lethargy. The pacemaker battery will need replacing after approximately seven to nine years, but if the device continues to work well, Nix will live a normal life. In the short-term, Nix needs to remain calm and have limited exercise. If the pacemaker lead pulls out of the heart muscle or becomes infected, both would be hazardous to her health.

“We will keep her calm for the first month to lower these risks, and if everything looks OK, then we will increase the pacemaker’s rate a little bit so she can get up some speed and play with her mum in the paddock,” Mitchell said.

Nix will come in for rechecks at Cornell every year, but for now, she’s in a small pasture with her mother to keep her activity low while she heals, Lockwood says. “She has been much more alert, she’s vocal and has her spunk back.”

Mitchell advises that any instances of weakness, lethargy, exercise intolerance or collapse in ponies, horses and donkeys be investigated immediately. “There are some very treatable conditions that can be diagnosed and the appropriate therapy recommended,” she said.

At Nix’s recheck appointment this month, the pacemaker was working well and her heart had only a mild reaction to the pacemaker lead. Since she was also having some skin issues, likely due to biting flies, Nix stayed in the hospital a few extra days to receive intravenous antibiotics.

She will be back for another recheck in a few weeks, but in the meantime, the Lockwoods are celebrating Nix’s second birthday.