Mi Casa humbly takes its place on the outskirts of the Arts District, inspiring a spontaneous stop with its curb appeal and surprising neighbors. 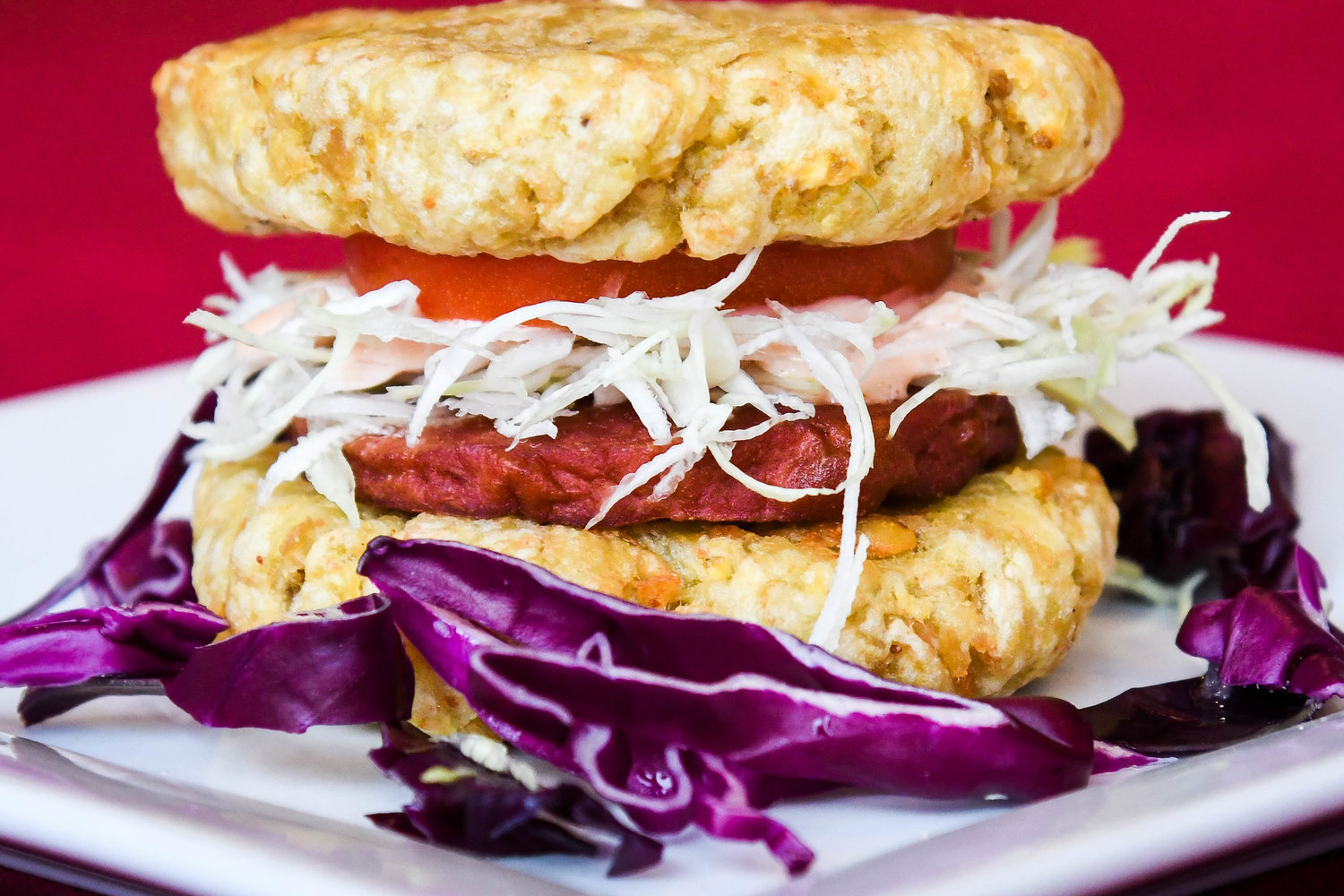 A mini chimi dominicano from Mi Casa in Utica. This appetizer is a Dominican-style hamburger made with salami.
(Sentinel photo by Alex Cooper) 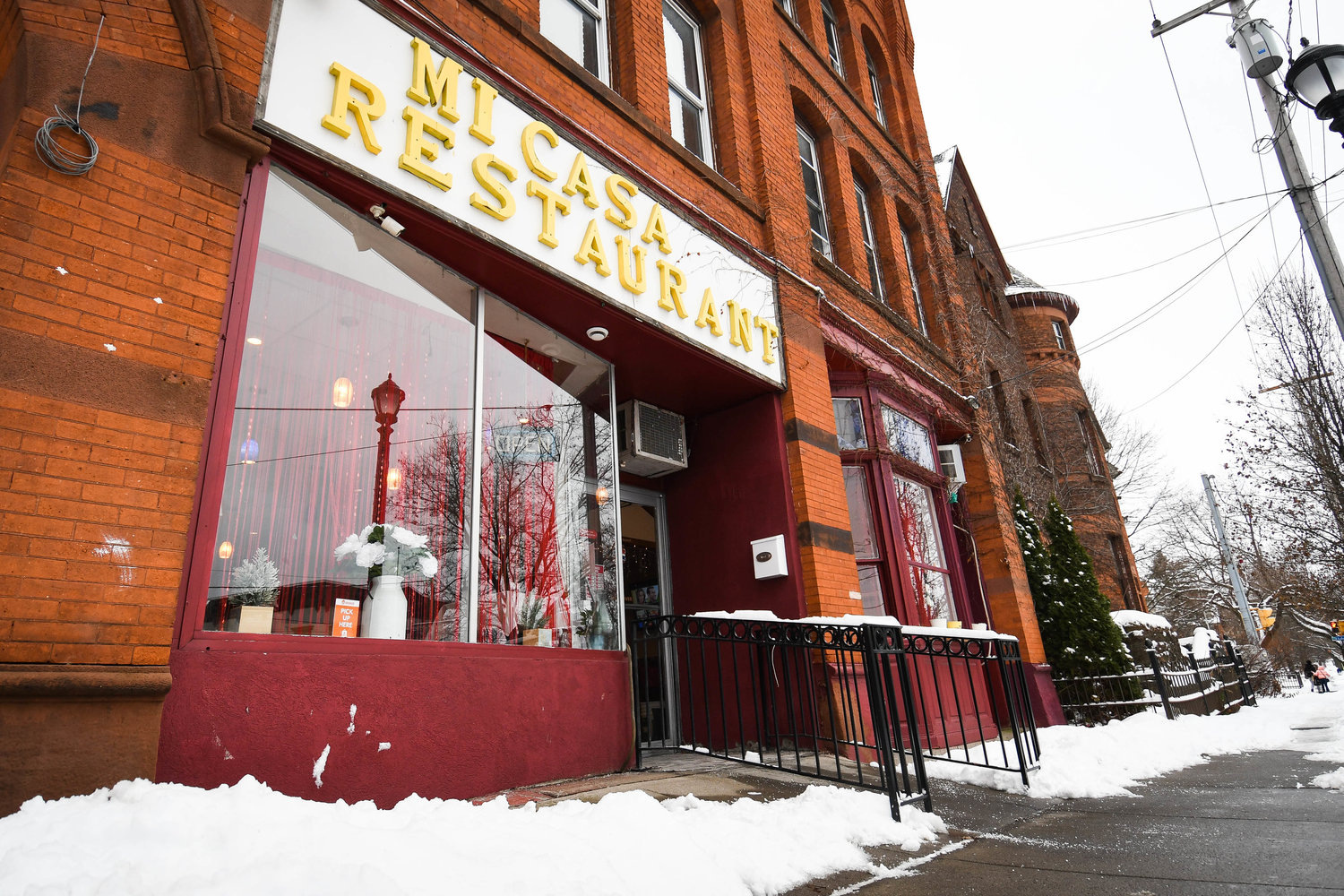 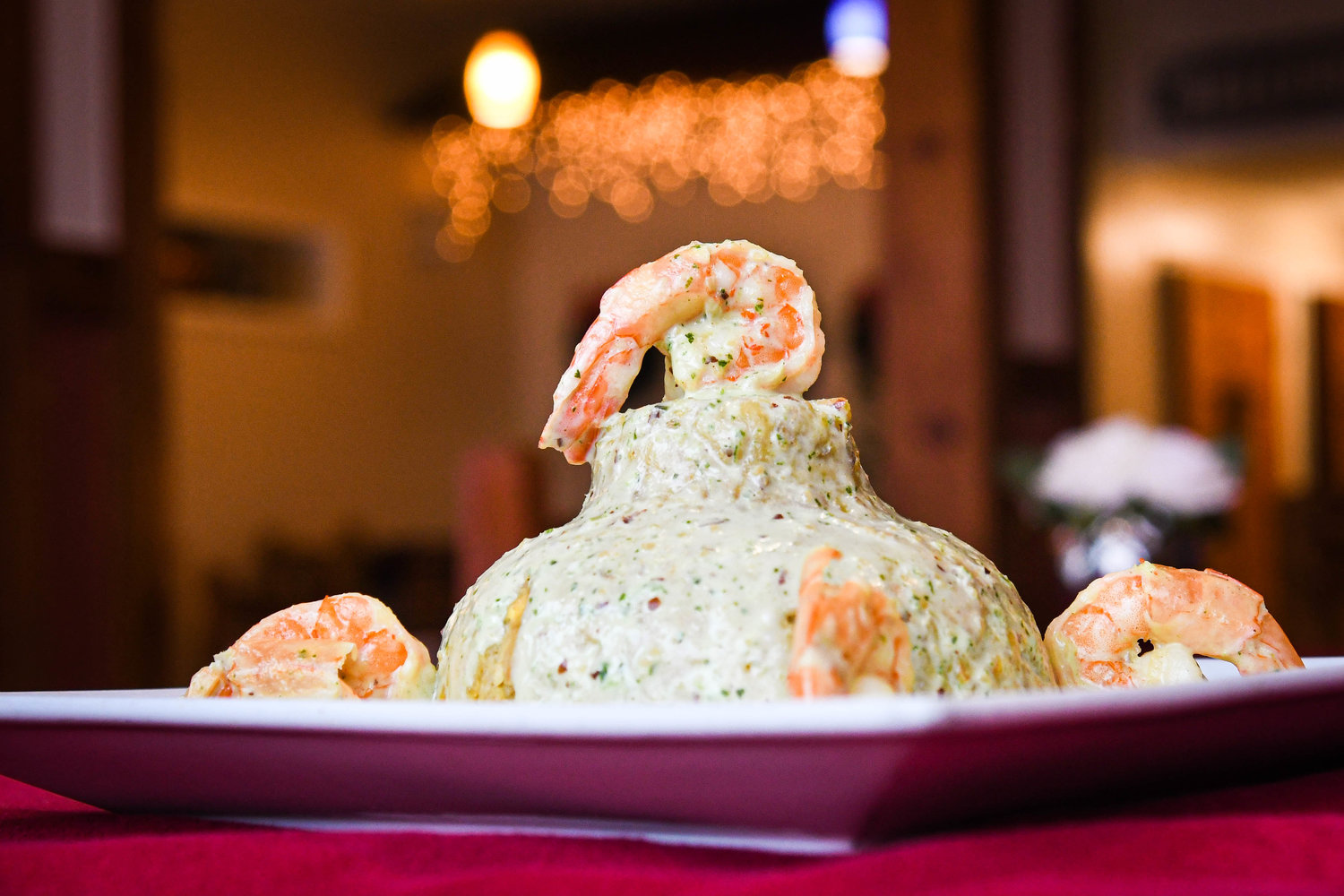 UTICA — Tucked into a traditional, industrial-era building on a Utica city block a few blocks from the Munson-Williams-Proctor Arts Institute, Mi Casa Restaurant doesn’t let you pass it by without at least a glance. A salient shingle hangs over the entrance, and splashes of color adorn the signature bay window, revealing a couple from the neighborhood lunching inside.

Mi Casa humbly takes its place on the outskirts of the Arts District, inspiring a spontaneous stop with its curb appeal and surprising neighbors with a space that does nothing less than transport them to Caribbean culture.

A small but stylish tiki-style bar serves as the focal point and would be as at home on an island beach as it is on Genesee Street. Rich woods, custom carved, set the stage for the Mi Casa show; twin angled archways create flow between a pub and a more formal dining feel, framing stucco walls with tasteful artistic touches. Where tasting is the main event, a large menu includes traditional Caribbean dishes as well as some Mexican and American options.

Other Caribbean treats are Mi Casa’s Mofongos - pork, chicken, seafood, shrimp, cheese, yucca or any combination are served in a mash with warm plantains - and Salm en Salsa Tierna, baked salmon poised in a pesto crema sauce served with mashed potatoes or yucca puree is a treat.

Appetizer choices range from plantains topped with beef and mozzarella queso, yucca puree with chicken in bichamel sauce, tostones with guacamole and shrimp, yucca balls, to fried calamari or chicken shish kabob. Other entrees include, but are definitely not limited to, seafood paella, dominican hamburger, and lobster tail with shrimp in a red sauce over a potato puree. Sandwiches and wraps can also be served in crepes, as they are more likely to be on the islands. Mexican options include tacos and quesadillas.

“We have a lot of diversity,” said Rodriguez, “and people just love the food.”

The portions will wow you, and the presentation reflects the pride of ownership and love of cooking. But, when you walk back out onto Genesee Street, you’ll realize it was always the space that made Mi Casa an experience, from the moment you saw it and knew it was a “find” - to sharing it with a first date, a weeknight dinner or a girls night out - to the fete that the food.

Rodriguez shares the importance of contributing to the community, whether by inviting folks in or bringing the Caribbean flavor to neighborhood events.

“We are letting the community know that we are here,” said Rodriguez, “and we are local.”