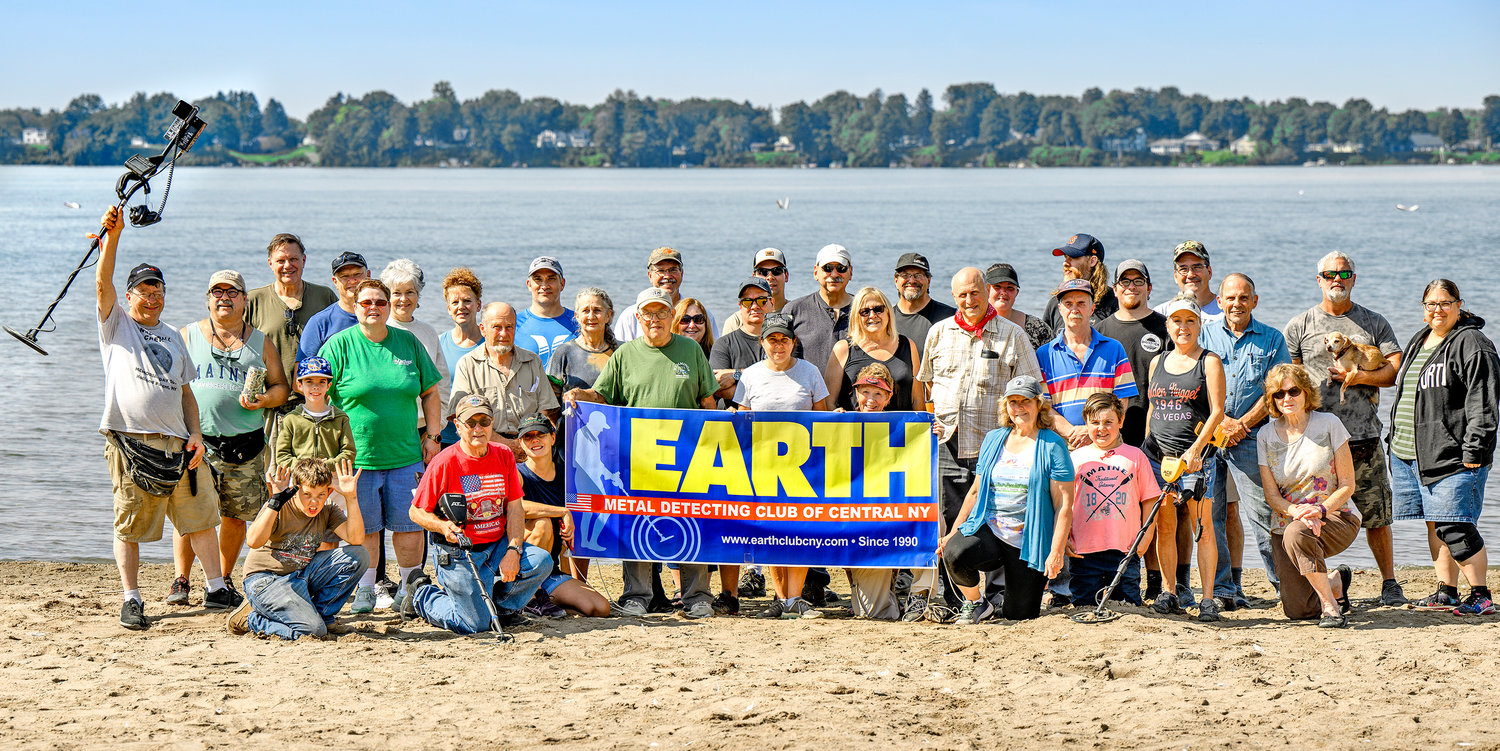 For more information about metal detecting or how to join the club, visit their website at http://earthmetaldetecting.com/

Thirty-three members, along with dozens of family members, participated in four seeded hunts on the beach where silver coins, along with special tokens were hidden in the sand throughout the beach.

Metal dectectorists searched the beach for the items, some of which could be redeemed for prizes.

One of the more popular hunts, called the “key hunt,” had the dectectorists searching for dozens of keys that were buried in the sand, but only three of them unlocked three treasure chests filled with loot.

Another favorite hunt, called the “speed hunt,” was a timed event where the speediest  hunter who dug up the most orange-colored pennies in 45 minutes was declared the winner.

In addition to the competitions, two Garrett metal detectors and over 50 raffle prizes were given away.

The EARTH Club was founded in 1990 and currently has about 40 members. It is one of the very few metal detecting clubs in New York State. Members and guests meet the last Monday of the month (except for December and January) at 6:30 at the Dunham Public Library on Main Street in Whitesboro.