Memories all that remain of historic parcel

“Abraham Lincoln slept here.” That was one of the biggest claims to fame of the former Madison Street building that was most recently home to the Madison House Restaurant.

Memories all that remain of historic parcel 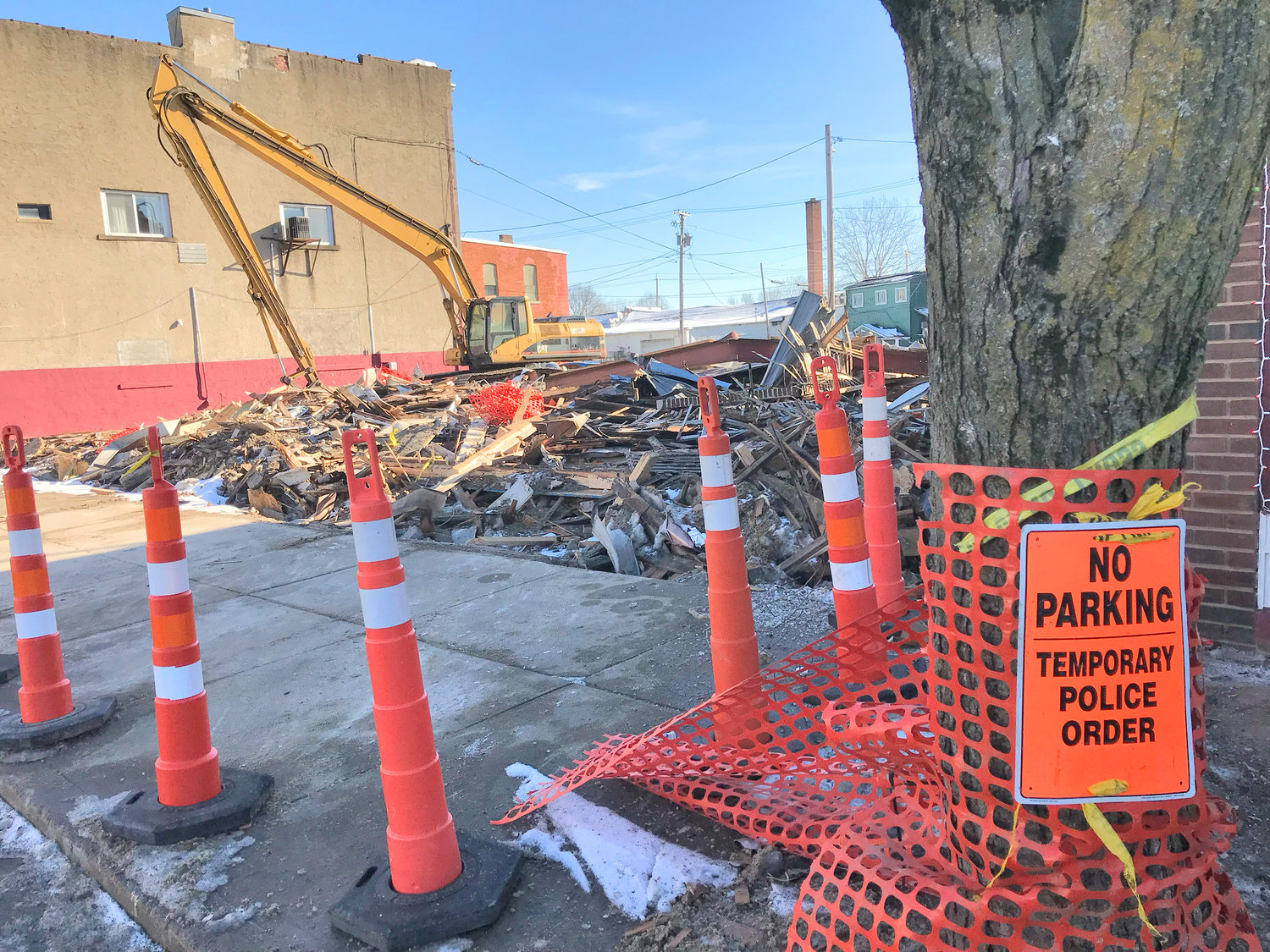 The site of the former Madison House Restaurant and apartment building is seen Thursday, Dec. 29 on Madison Street in Oneida after the structure partially collapsed a week earlier and was taken down.
(Sentinel photo by Mike Jaquays) 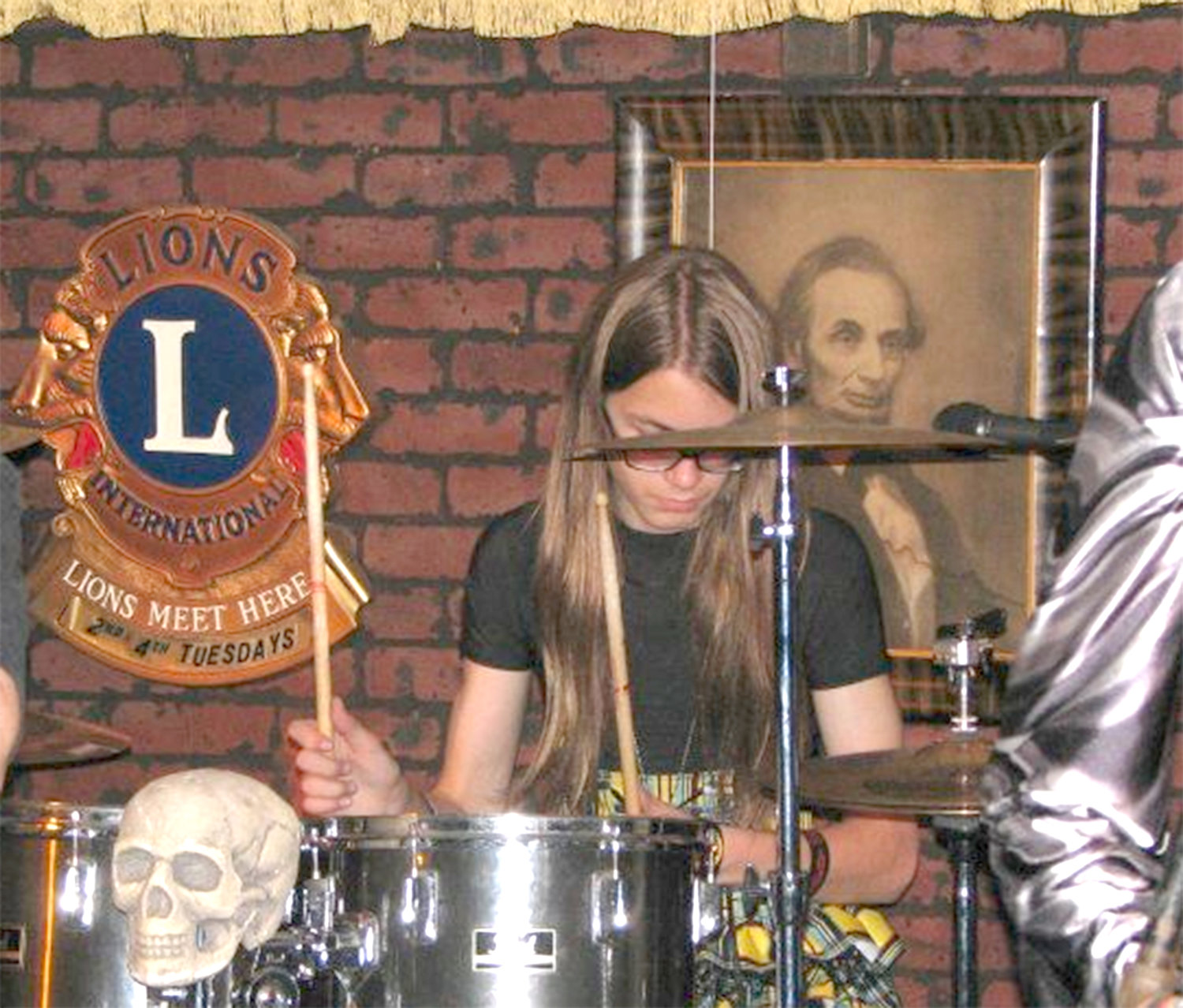 Gunnar Coston plays drums during a 2013 concert at the former Madison House Restaurant in Oneida, flanked by a photo of President Abraham Lincoln.
(Sentinel file photo by Mike Jaquays) 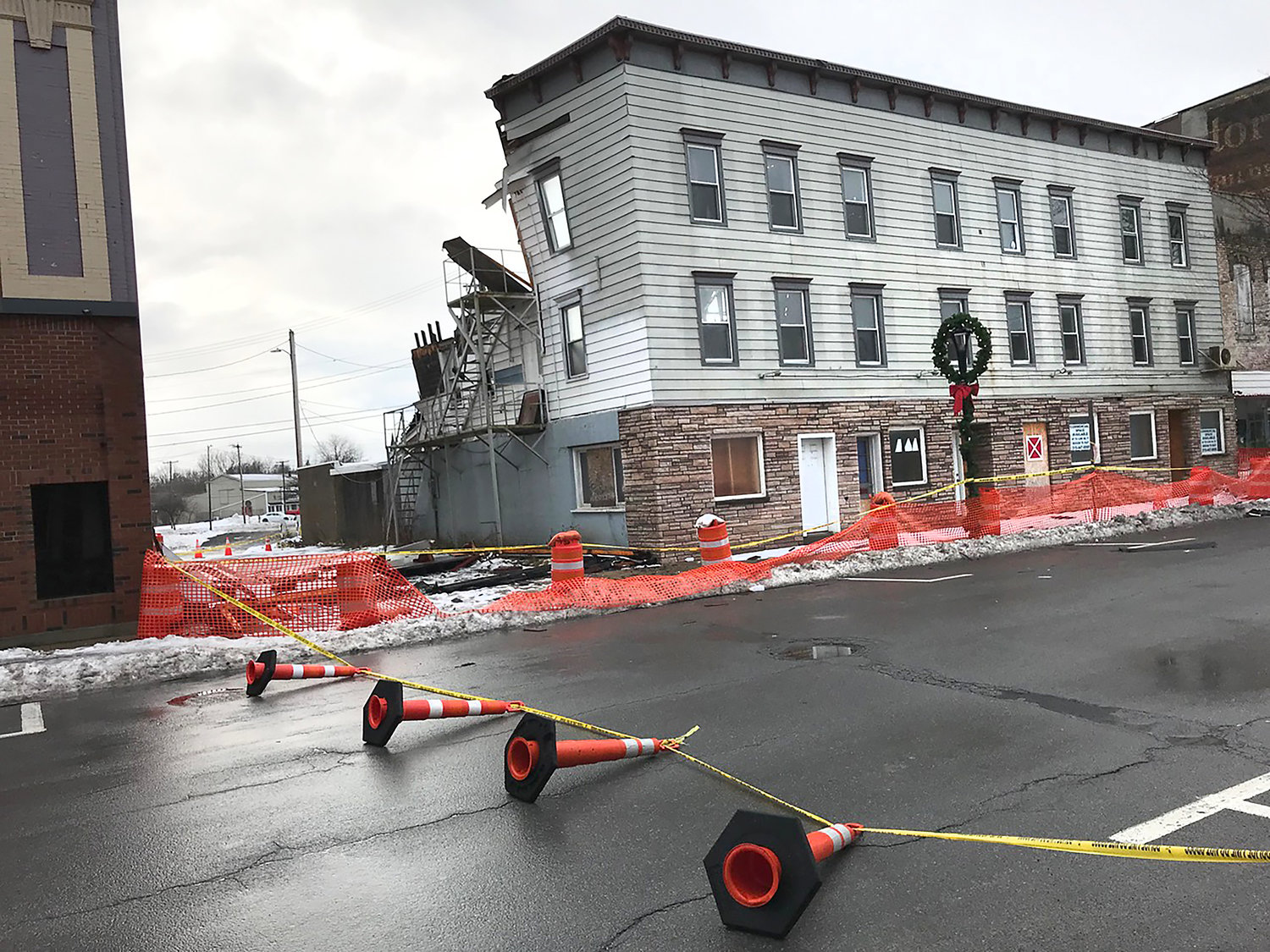 That was one of the biggest claims to fame of the former Madison Street building that was most recently home to the Madison House Restaurant and an apartment building. Before that it was Gussie’s restaurant and even a boarding house and hotel way back in the day.

That building was demolished last week. It partially collapsing Dec. 22 and was taken to the ground the following day.

Oneida Mayor Helen Acker said the building was determined to be a public hazard so CCI Companies, Inc. in Canastota were called in to demolish it.

A long-arm excavator was needed because of the height of the building and that came in from Herkimer. The job started just about 11 a.m. and ended a little after 1 p.m. Friday, Dec. 23.

“It’s a sad day for Oneida to see this historic building go down,” Acker said.

She explained that after the Madison House closed the city had sold the building to a non-profit organization. It was supposed to become an apartment building for mothers and children in distress on the upper floors and a retail store on the first floor. The work was supposed to be done by veterans, she said. But instead, the workers came in and ripped out the entire interior and left it empty.

The city took the new owner to court, but the process got delayed because of the pandemic and the court system, Acker recalled.

“Here we are today with the results - now having it torn down,” she lamented.

But Acker stressed having many “wonderful” memories of time spent dining at both Gussie’s and then the Madison House. She recalled when Greg Ross owned what he renamed Ross’ Madison House and he would walk throughout the restaurant singing with his wonderful voice and tell joke after joke.

Before that, Gussie Panzica ran Gussie’s, serving Italian specialties local residents still rave about. Acker asked others to post their own memories of the businesses on her Facebook page.

“They had great food and it was always a fun place to be,” Acker said.

She gave a shoutout to city Police Chief John Little and his department, Fire Chief Dennis Fields and his department, City Engineer Jeff Rowe and DPW Supervisor Scott Hoffmeister. She also encouraged “a round of applause” for CCI and their team for a job well done, “quick and safe for all concerned,” Acker said.

The building itself dates back to the mid-1800s as a boarding house and then a hotel. President Abraham Lincoln once stopped for the night there during one of his interstate trips, according to local lore.

The Madison House Restaurant and apartment building closed in June 2014, with the building vacant since then. A weekly spaghetti dinner special is fondly remembered by area diners. The Oneida-Sherrill Lions Club held their Tuesday night twice-monthly meetings there for years until the restaurant closed.

Music events were a big part of the attraction of the Madison House, with the venue a regular place to catch local bands on weekends. It holds special memories for Oneida-based guitarist Roy Coston, as that was where he played many of his first shows with his fledgling son Gunnar Coston behind him on drums.

“Gunnar learned a lot about playing there,” his dad said of the once-youngster who has now graduated from his dad’s bands to travel the country and beyond in the Rochester-based rock band Wicked.

Coston had a chuckle remembering the “crappy power outlets,” which at one point led to blowing a circuit with nobody knowing where the breaker box could be found. And shelving filled with porcelain kitchenware lined the walls directly above Gunnar’s drums - nearly daring him to try to knock them off with his pounding.

“It was always an adventure,” the elder Coston, today the guitarist of LoveBone, said. “It was fun playing to the hometown crowd.”

He also has fond memories of a a New Year’s Eve performance by rocker friends Blame Anchor back in 2012. A street brawl broke out in front of the venue in the wee hours of the morning and multiple police units responded to the scene. The show stopped abruptly then, although only shortly before the end of their final set.

Blame Anchor guitarist Dan Hartle of Floyd - now playing with My Darling Dreadful - recalled fondly both playing there and eating there, saying he “never had a dull plate from the Madison House.”

And he always felt appreciated on their stage.

“They were always nice to us as a band,” he said of then-owners Brenda and Paul Manaseri and their son Chad. “Playing in a bar/venue that has been in the area for many years was definitely cool to be able to say we played there. This place will definitely be missed.”