Member resigns from Utica board of ed 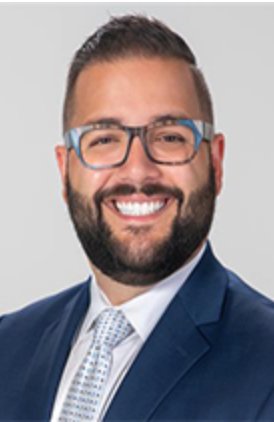 UTICA — A member of the Utica City School District’s Board of Education has resigned after some sleuthing from some concerned Utica residents revealed he no longer resided in the district.

According to Utica resident James Zecca, he began conducting a citizen’s investigation into the issue after hearing rumors that Utica City School Board member Anthony LaPolla does not reside within the Utica city limits.

After filing requests and searching through public records, Zecca said he found that LaPolla resides in the town of New Hartford and also that he has not voted in the last two school board elections.

According to the New York State School Boards Association, school board candidates must be qualified voters in the school district and must be residents of their districts continuously for one year (as little as 30 days or as long as three years in some city school districts) before the election.

Zecca provided his evidence and voiced his concerns regarding LaPolla to the district. On Monday, May 23, LaPolla resigned from the school board, effective immediately.

“I think it’s important that the public understands things like this go on all the time,” Zecca said. “People that are in public office need to be held accountable.”

The Utica City School District confirmed that LaPolla has resigned from the board. Additionally, the district held a special meeting Tuesday night which went into executive session, followed by a public comment session and a regular meeting after the public comment portion. According to reports, the board was to discuss how or when to replace LaPolla with a new member of the board.

During the recent school budget and board of education elections, district voters approved a $213.5 million budget as well elected two of six candidates — James Paul (1,516 votes) and Tennille Knoop (1,377 votes) — for seats on the board. Rounding out the voting were: Jack LoMedico (1,055 votes); David Testa (968 votes); Howard Potter (940 votes) and Mike Fellows (239 votes).

Potter, a Utica resident, noticed that the district’s Director of Support Services Michael Ferraro also holds the position of parent representative of the district-wide School Safety Team. “During my run for school board in this past election it was mentioned many times during the meet and greets by parents and residents to help create more parent involvement in the school district,” Potter said.

“I always try to research and look for ways to help without being on the school board. I noticed a couple pages in that an admin is taking the place of a parent, which he is a parent, but I would imagine that is a conflict of interest and does not allow for other stakeholders to have any input when he is one of the top ranking admin for the district,” Potter said.

While Ferraro is a parent and therefore eligible for the position, Potter contends this is taking away an opportunity from a parent who is not working for the school district. “I think it is important that parents that do have the time to help sit on these committees have a fair shot at doing so,” Potter said.

The district declined to provide any comment regarding Ferraro or the parent representative position.