May draws criticism for posing with photo at rally in Albany

ALBANY — State Sen. Rachel May, D-53, Syracuse, has apologized for posing for a photo with a sign that used imagery of the Sept. 11 terrorist attacks to warn of the threat of climate change during …

May draws criticism for posing with photo at rally in Albany 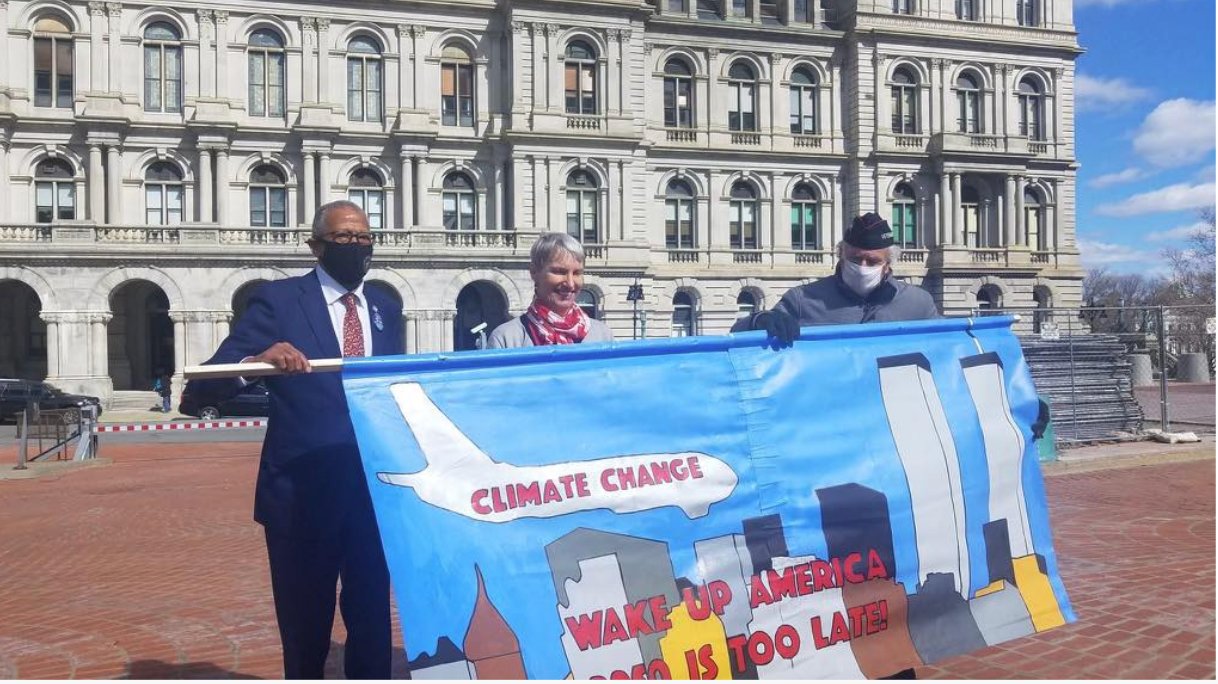 APOLOGY AND CRITICISM — State Sen. Rachel May, D-53, Syracuse, has apologized for posing with the above banner in Albany on Tuesday at a rally for funding to combat climate change. May said she did not look at the sign prior to posing with it and said that the image was “unacceptable.” Among those criticizing May for posing with the image is Assemblyman John Salka, R-121, Brookfield.
(Photo courtesy Office of John Salka)
Posted Thursday, March 10, 2022 1:10 pm

ALBANY — State Sen. Rachel May, D-53, Syracuse, has apologized for posing for a photo with a sign that used imagery of the Sept. 11 terrorist attacks to warn of the threat of climate change during a rally in Albany on Tuesday. May said the image was “unacceptable” and added she did not look at the banner before her photo was taken at the rally which was held in support of funding for initiatives to address climate change.

“I posed for numerous photos with activists and did not see the content of the sign,” May said in a statement. “The imagery on the banner is unacceptable and I would never endorse such a cynical use of our state’s history to score cheap points,” May said. “I apologize sincerely to all New Yorkers and call upon the organizers to similarly condemn this message.”

The organizers of the rally, NY Renews, also condemned the use of the image and said it had not been approved by event organizers.

May has received widespread criticism for posing with the sign, including from Assemblyman John Salka, R-121, Brookfield, who called her May to resign. “It is utterly despicable that Rachael May would show such disrespect to the thousands that lost their lives on 9/11. Her obsession with climate change overshadows her sense of decency and good taste. She should resign immediately and apologize to the families that have suffered from this horrific event.”

Salka is seeking election to the newly formed 55th Senate District in the upcoming election. Another Senate candidate, Julie Abbott, who is seeking election in the newly drawn 52nd Senate District, added “I am horrified and disturbed to see that a member of Central New York’s State delegation posed beaming in front of a banner depicting the tragedy of 9/11, comparing it to climate change. I am shocked that, in my lifetime, someone would stage a photo op that so downplays this devastating attack on our nation.”