Cannabis wholesaler Cresco Labs — which bills itself as the “No. 1 U.S. wholesaler of branded cannabis” — broke ground Thursday inside an existing 50,000-square-foot warehouse. 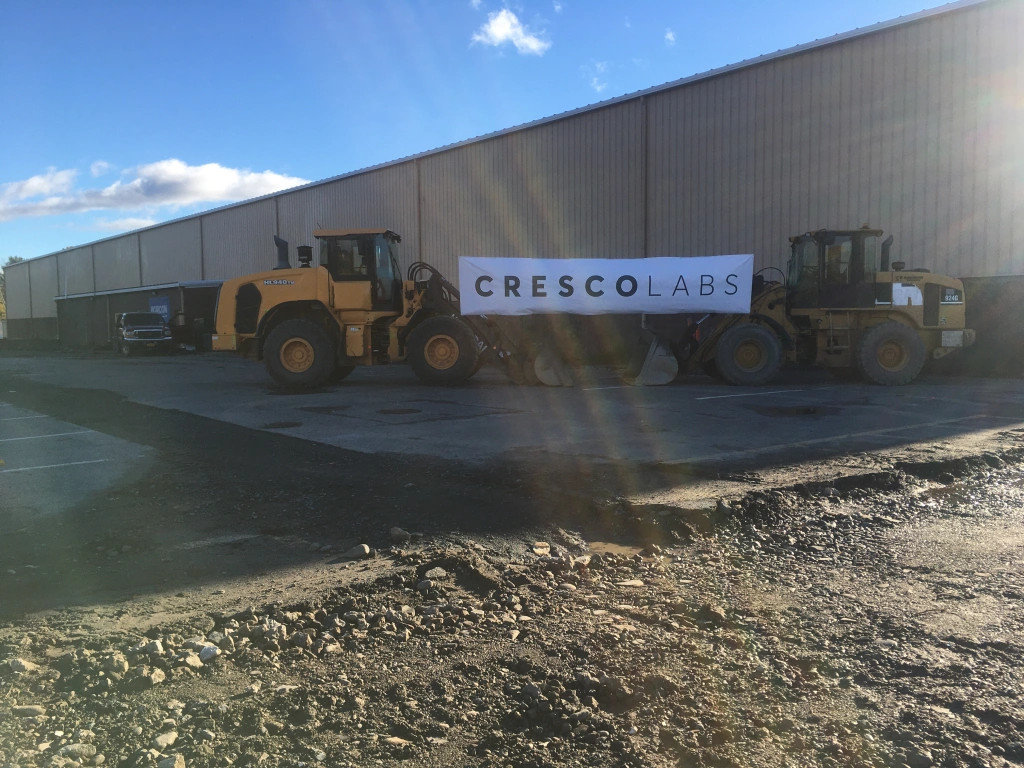 WAWARSING — Cannabis wholesaler Cresco Labs — which bills itself as the “No. 1 U.S. wholesaler of branded cannabis” — broke ground Thursday inside an existing 50,000-square-foot warehouse at the former Schrade manufacturing site just outside Ellenville, promising 75 jobs by spring 2023, and more to come.

In May, the company was granted a $27.99 million reduction in property taxes over 15 years and $10 million in sales tax exemptions for the construction of a $209 million facility in Wawarsing, promising the development of 375 jobs. Those promised jobs won’t be immediate, however.

Kelly said that “once the entire campus is fully operational, we would employ approximately 375 employees.” Asked when the Cresco site might be ready to employ that many workers, she wrote that the company “has no timeline to share at this point.”

Speaking at the event, which drew at least 35 local officials and community members to Cresco’s cavernous warehouse, company CEO and cofounder Charles Bachtell said he was grateful for the support of community leaders and their welcome with “open arms” and “willingness to learn about our industry.”

The event, at the company’s 11 Aluminum Drive facility, drew political and community leaders, from Acting Ulster County Executive Johanna Contreras to Maude Bruce, president of the Ellenville chapter of the NAACP. Also in attendance were Ulster County executive hopefuls Jen Metzger and Jim Quigley. Metzger, a Democrat, is a former state senator who sits in the state’s cannabis board, and Quigley, a Republican, is currently the town of Ulster supervisor.

U.S. Rep. Pat Ryan, D-Gardiner, who was Ulster County executive when the project was first proposed, was also on hand for the event along with Wawarsing Town Supervisor Terry Houck and Ellenville Mayor Jeff Kaplan.

Kaplan said that in the past, “There was no team. There was no economic development council from the county ... coming in to get a place like Cresco interested in the Ellenville community.”

Ellenville, the mayor said, “has always been a place where you work, you live and you play, but without jobs there’s no work and it really destroys the rest of that scenario. We’re now at a point, an exciting point, where we’re now going to be able to bring the work component back into the equation. Work. Live. Play. That’s what Ellenville’s all about.”

Cresco is located on long-vacant and abandoned property formerly housed by Channel Master and the Schrade knife factory. Leading to the warehouse are roads riddled with potholes and overgrown grass.

“We’re excited to bring back some of the jobs that left the area when the Schrade factory shut its doors 17 years ago,” Bachtell said. “There are people in this community whose families worked in former manufacturing facilities, and there’s nothing that we want more than to help bring economic growth and prosperity to the region.”

Contreras said the company has made a “transformative commitment” to Wawarsing and Ellenville. She said Cresco’s impact since Schrade “shut its doors and left behind a vacant building ... is fueling a true renaissance ... (and) will make the cannabis sector an engine of equitable and sustainable growth for the county’s future.”

Bruce acknowledged that the NAACP had concerns at the start of the project. “Our main concern was jobs,” she said.

Madlyn Phelan, secretary of the local NAACP, said Cresco has “promised” jobs for the Black and brown community. “But it is up to us to be vigilant to make sure that what was promised happens,” she said.

Bruce added that changes in marijuana laws happened “on the backs” of the Black community, which she said suffered inequitably from marijuana prohibition. Phelan said Cresco’s “claim” is that “all jobs will be open to all. So, it’s up to us to make sure that happens.”

According to a Cresco press release, New York, which is expected to open adult-use cannabis dispensaries next year, is projected to become the country’s second-largest market after California.

Cresco said the site would become its “flagship facility in New York and will include state-of-the-art cultivation, processing, packaging of branded products and distribution operations.”

Consistent with state regulations, retail sales and on-premise consumption of cannabis and cannabis products will not be permitted at the site.