Preserving fall’s abundant offering of fresh fruits and vegetables is a treasured tradition for many Central New Yorkers. 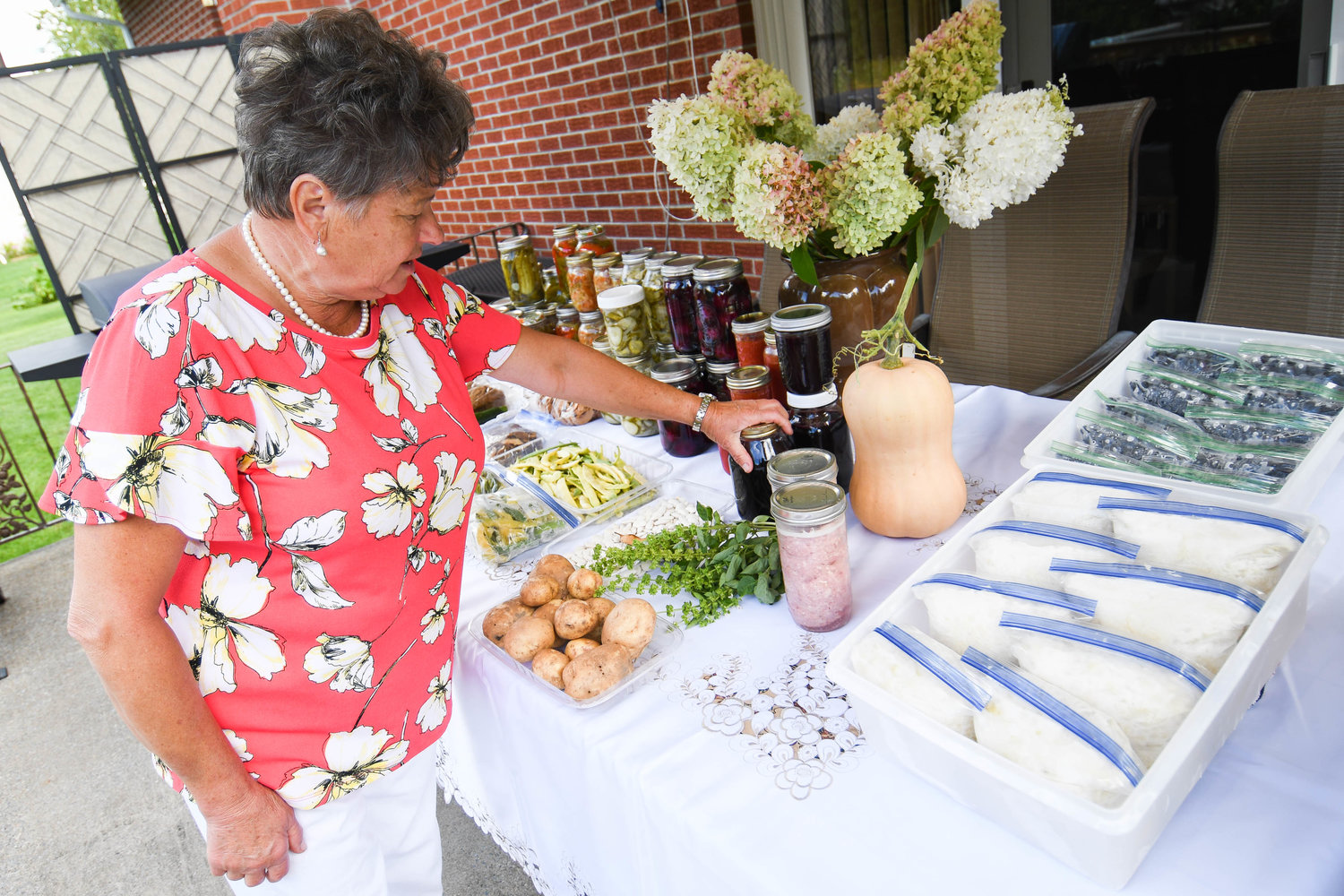 Sophie Bartoszek cans a variety of fruits and vegetables from her garden at home in Marcy. She also cans traditional Polish meats.
(Sentinel photo by Alex Cooper) 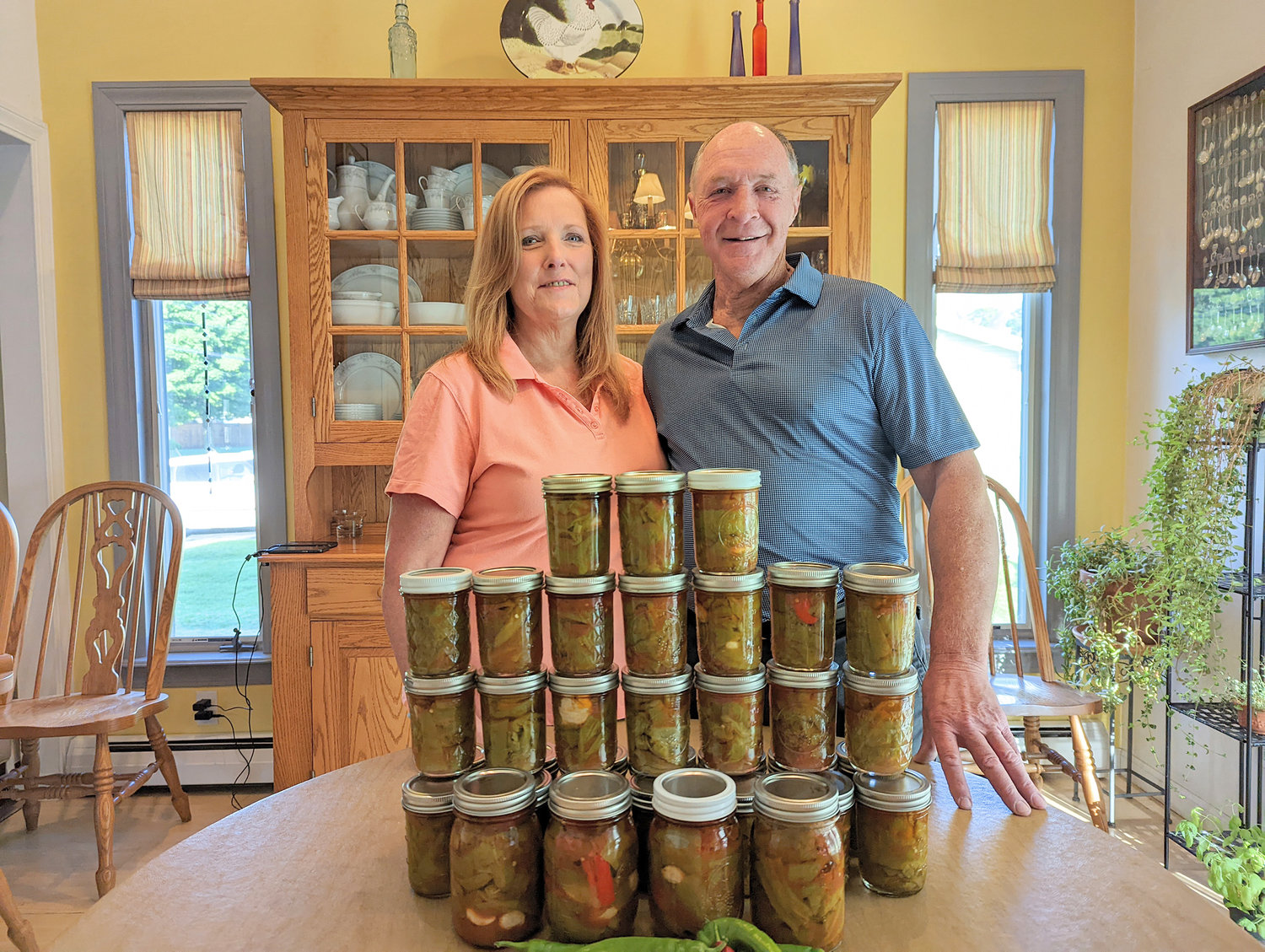 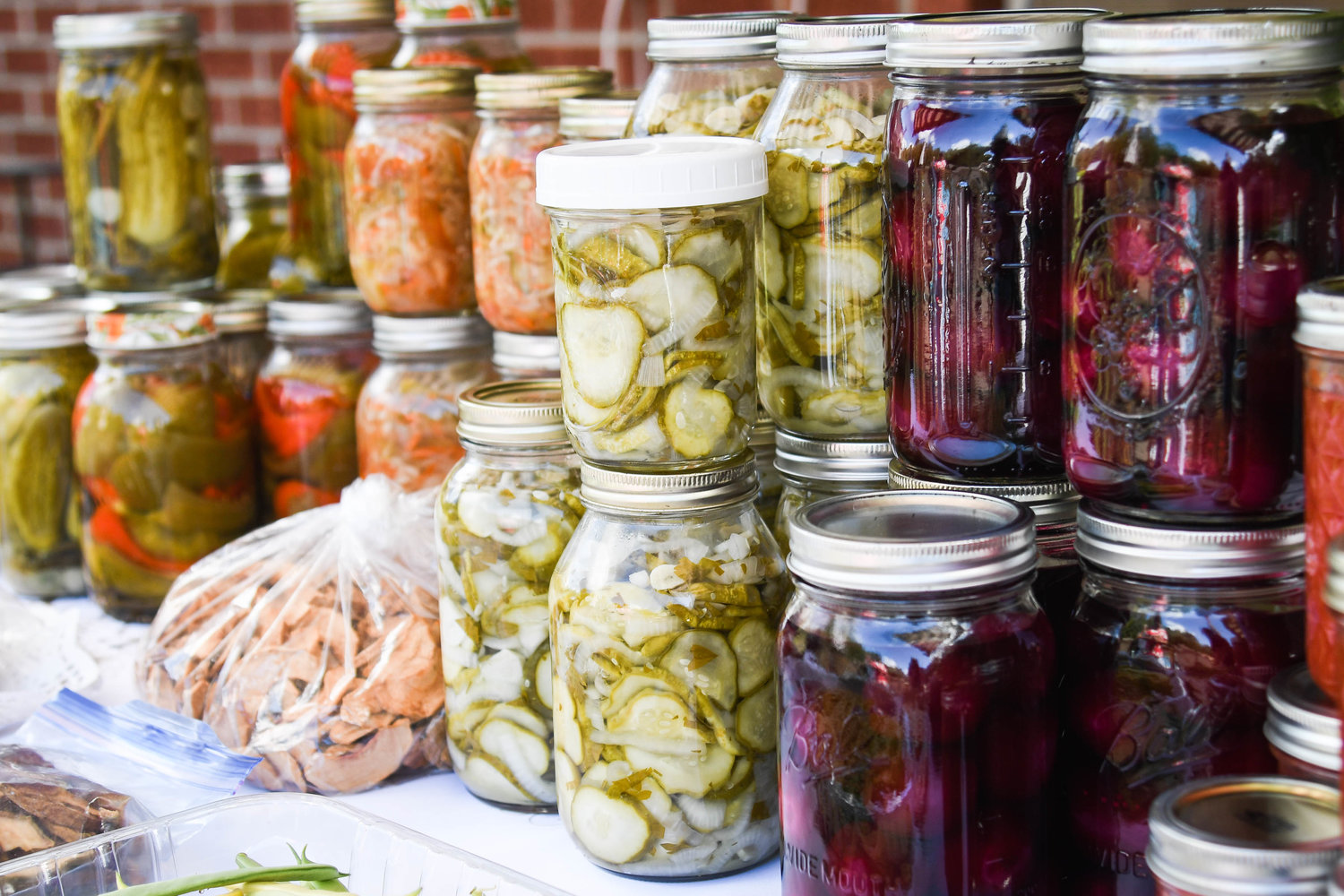 Sophie Bartoszek relies on recipes and techniques that she learned in culinary school, as well as recipes from her mother and grandmother, to can a variety of fruits and vegetables from her garden.
(Sentinel photo by Alex Cooper) 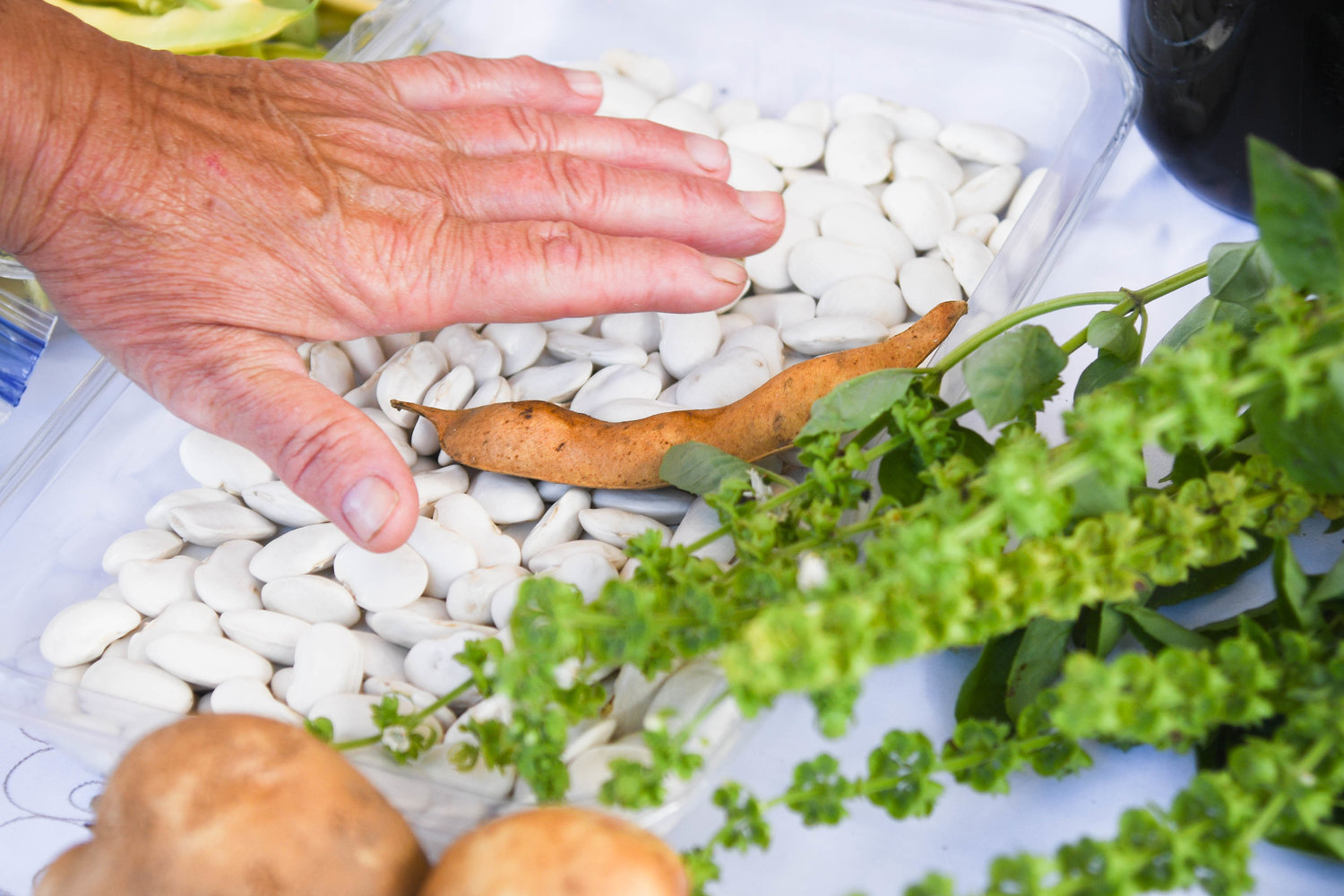 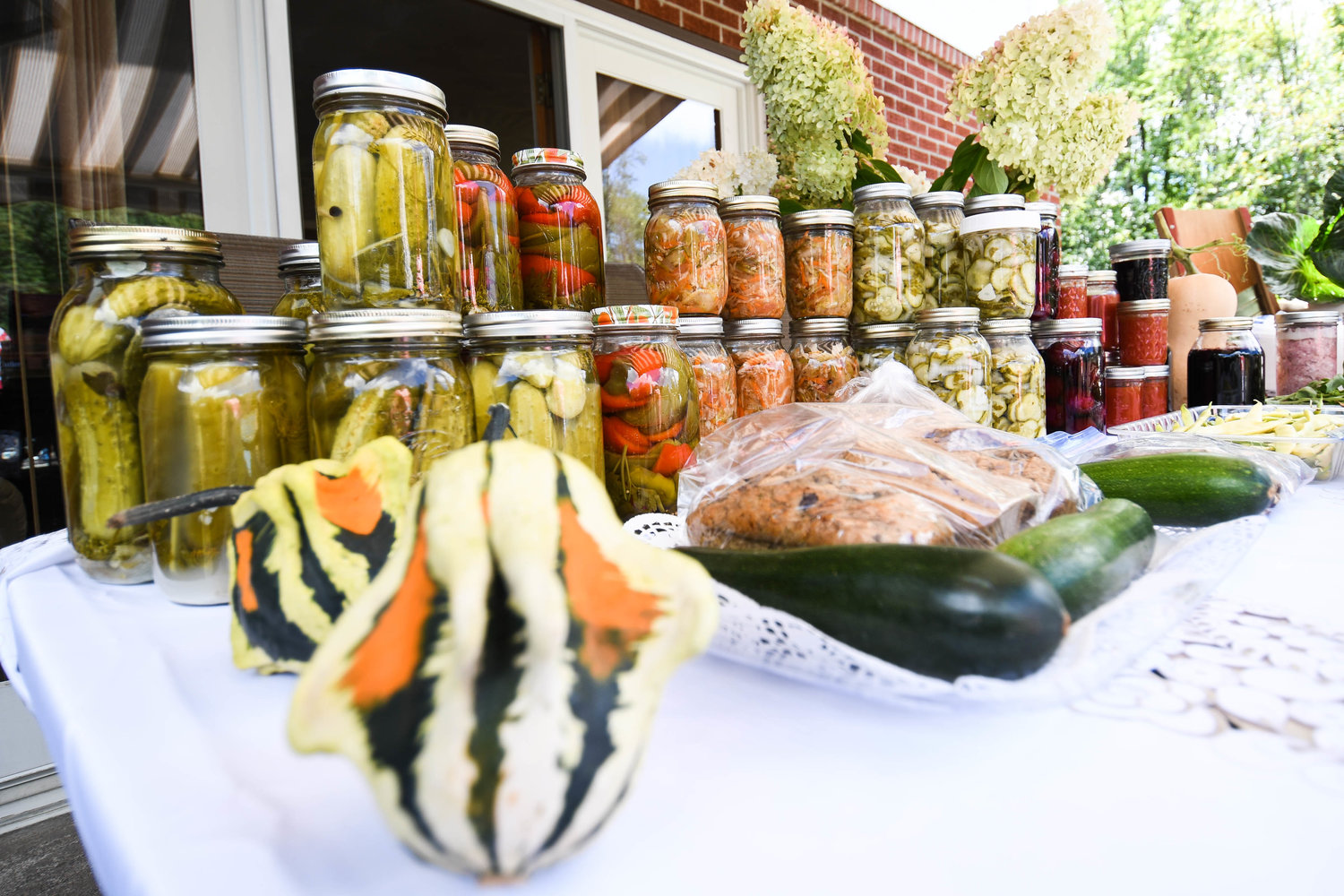 Sophie Bartoszek cans a variety of fruits and vegetables from her garden at home in Marcy. She also cans traditional Polish meats.
(Sentinel photo by Alex Cooper)
Previous Next
Posted Thursday, September 22, 2022 10:30 am
Philomena Lawrence, Special to the Daily Sentinel

Preserving fall’s abundant offering of fresh fruits and vegetables is a treasured tradition for many Central New Yorkers. Like the industrious ant in Aesop’s fable “The Ant and the Grasshopper,” who looked ahead while the short-sighted grasshopper danced in the summer sun, they diligently stored up food during harvest season in anticipation of the upcoming winter months.

For Marcy resident Sophie Bartoszek, the crisp autumn air serves as a call to pick and preserve the veritable cornucopia of produce – cucumbers, tomatoes, green beans, peppers, beets, and squash — growing in the 30-by-40-foot backyard garden her husband, Joseph, tends each year. “I love picking, canning, and freezing the vegetables as they ripen, knowing our family will enjoy eating them until next summer,” declares Sophie, who emigrated from her native Poland at the age of 18. She adds, “I rely on the recipes and techniques I learned in culinary school, as well as from my mother and grandmother. I want to keep up the family traditions.”

As 80-year-old Barbara LaBarge recalls, her incentive for learning to preserve food was two-fold – saving money and keeping her four growing sons well-fed. “They had huge appetites and preferred the taste of homemade over store-bought food, so I planted a big garden and grew my own vegetables,” LaBarge explains. She adds, “I also learned that canning is fun, and I get a lot of satisfaction from saving the plentiful vegetables my garden produces in the fall.”  Currently, the Sauquoit resident puts up approximately 50 quarts of tomato sauce, far less than the 200 quarts she used to fill when her children were young. She also preserves jellies, jams, relishes and bread-and-butter pickles — a family favorite.

Shelley and Chuck DelMonte consider canning a labor of love. The husband and wife team enjoy each other’s company while preserving their favorite vegetables – long hot and cubanelle peppers — in their Whitesboro home. “Both of us work hard at our jobs, and canning is a wonderful way to relax and spend time together,” observes Shelley, owner of Clips Hair Salon, located in Utica.

The DelMonte duo perform specific tasks: Shelley sterilizes the canning equipment and lightly fries the peppers, while Chuck ladles the steaming vegetables into the jars, tops them with a little water, homemade tomato sauce and lemon juice, then seals the jars before placing them into a hot water bath. Shelley describes their satisfaction with a job well done: “The popping sounds that prove the lids have sealed tightly are like music to our ears.” Together, the couple produces around 60 small-sized jelly jars plus 40 pints of peppers, which they purchase from local farm stands such as Swistak’s in Verona.

Unlike the DelMontes, whose specialty is preserving peppers, 77-year-old Sharon Gruen’s forte focuses on fruits such as apples, plums, and peaches, either whole or pureed. She mastered the skill more than 50 years ago by following the step-by-step instructions described in the venerable “Ball Blue Book,” now in its 37th edition; since then, she has been canning between 50 and 70 quarts of tasty treats each year.

“My six grandchildren all love my applesauce,” Gruen states appreciatively. In addition, the self-described “food hoarder” derives a great deal of comfort in knowing that her basement shelves are well-stocked – literally – with the fruits of her labor. “I feel confident when I have sufficient food for the rest of the winter.”

These dedicated “do-it-yourselfers” willingly offer the “newbies” their knowledge of the canning process. For example, LaBarge recommends starting out by choosing a favorite vegetable and one that is easy to preserve. The ideal candidate -- the versatile tomato. Bartoszek emphasizes the importance of meticulously sterilizing the jars, lids, and rings, to prevent the food from spoiling; and Gruen warns against overfilling the jars to prevent the canned food from seeping and spilling into the hot water bath.

The provisions they preserve, the methods they employ, and their reasons for undertaking such a laborious task may vary greatly. However, unlike Aesop’s ant, who refused to share his larder with the starving grasshopper when winter set in, these resourceful laborers generously share their delectable bounty with family members and friends, especially during the holidays. As Bartoszek cheerfully explains, “When family and friends call to ask for any of my canned items, I always say, ‘Come on over and get it!’”