The first runner across the finish line Sunday was Boilermaker 5K winner Michael Hennelly, who cruised to a win by almost 26 seconds in his first attempt. 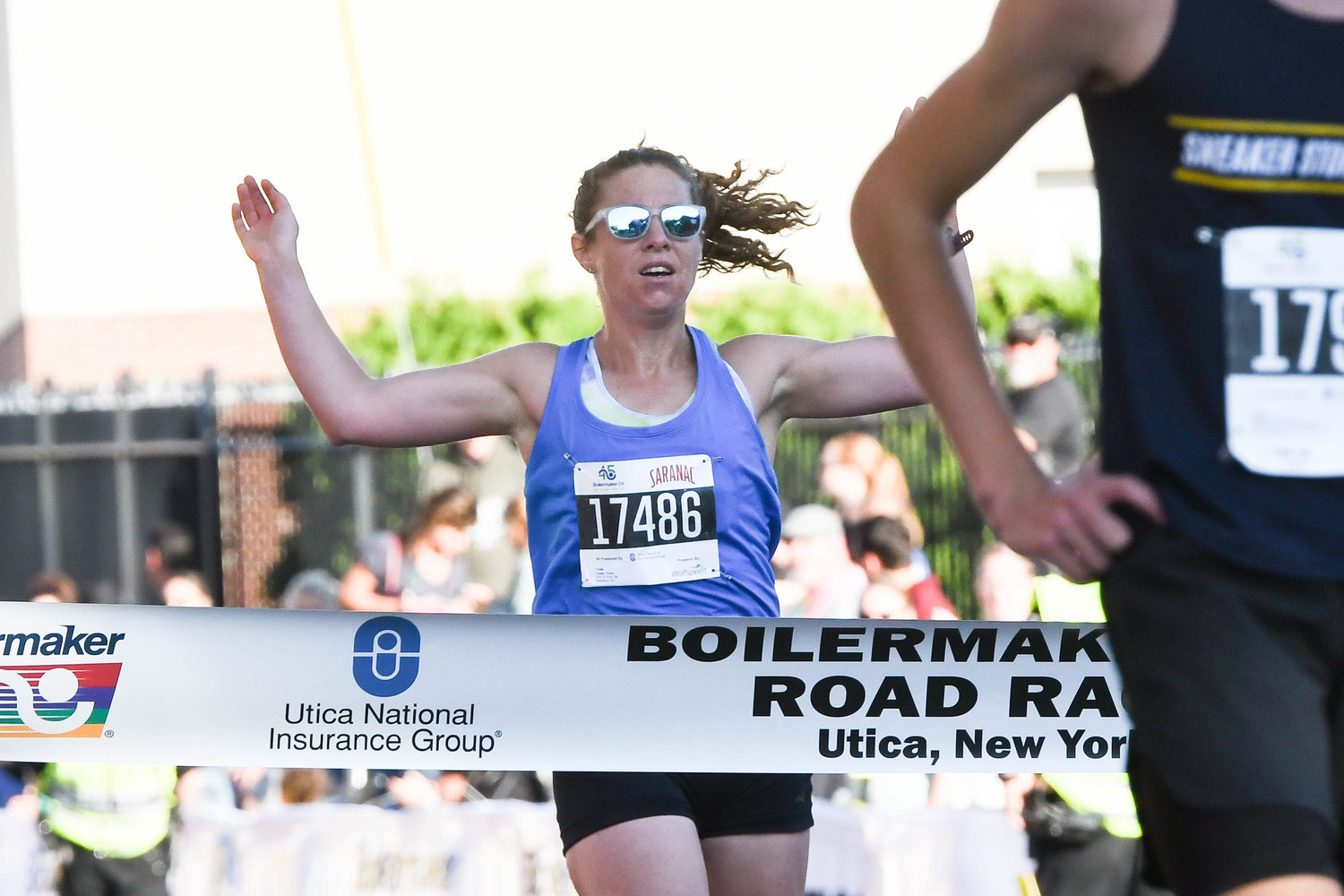 Tricia Longo had the fastest time among women in the Boilermaker 5K Road Race on Sunday in Utica. Longo, from Waterford, NY, usually runs the 15K but dropped down because of the recent heat. She said she plans to be back in the 15K next summer.
(Sentinel photo by Alex Cooper) 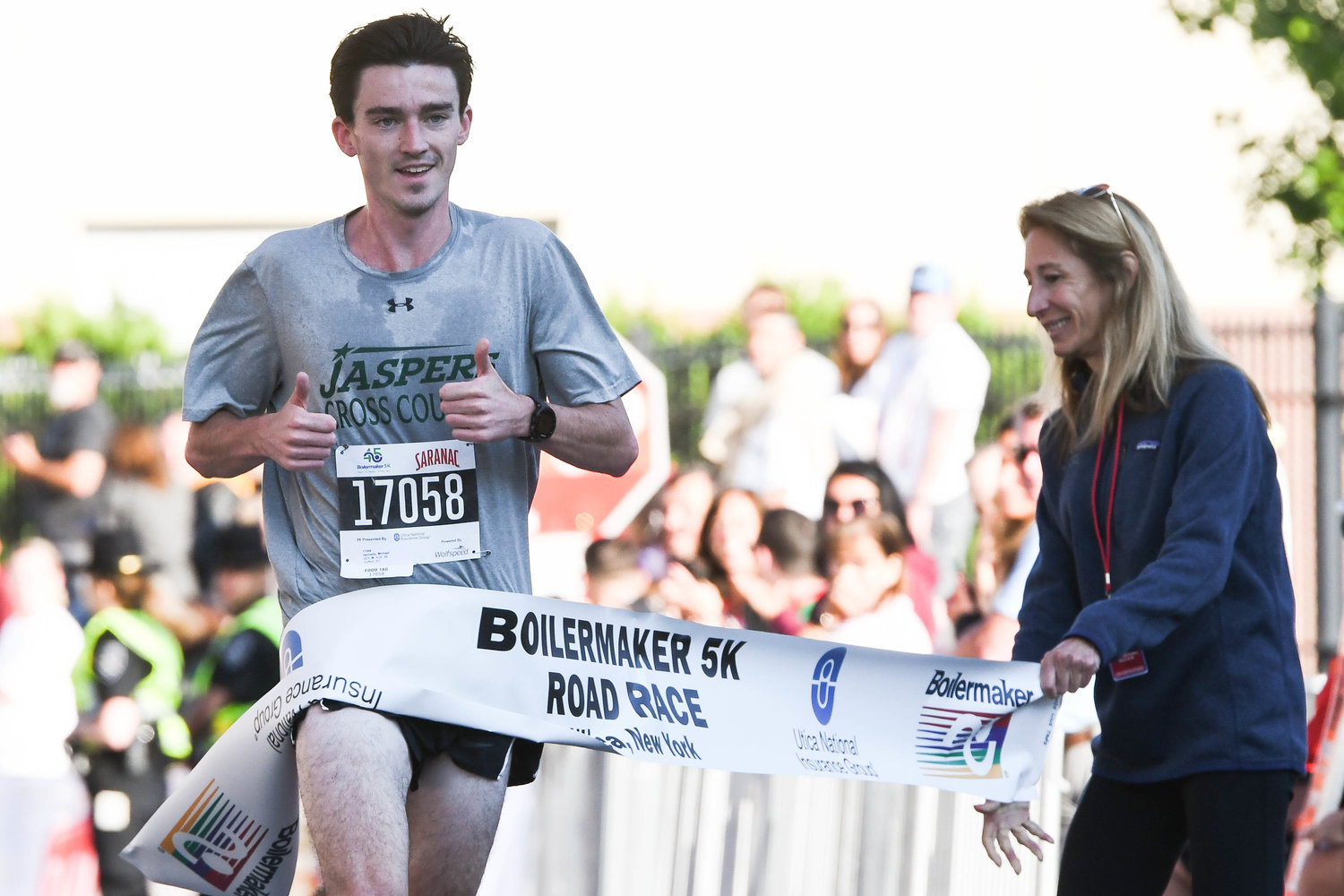 Michael Hennelly of Suffern, NY, crosses the finish line first in the men's category in the Boilermaker 5K Road Race on Sunday in Utica. It was the first time the Manhattan College cross country and track athlete had run in the race.
(Sentinel photo by Alex Cooper) 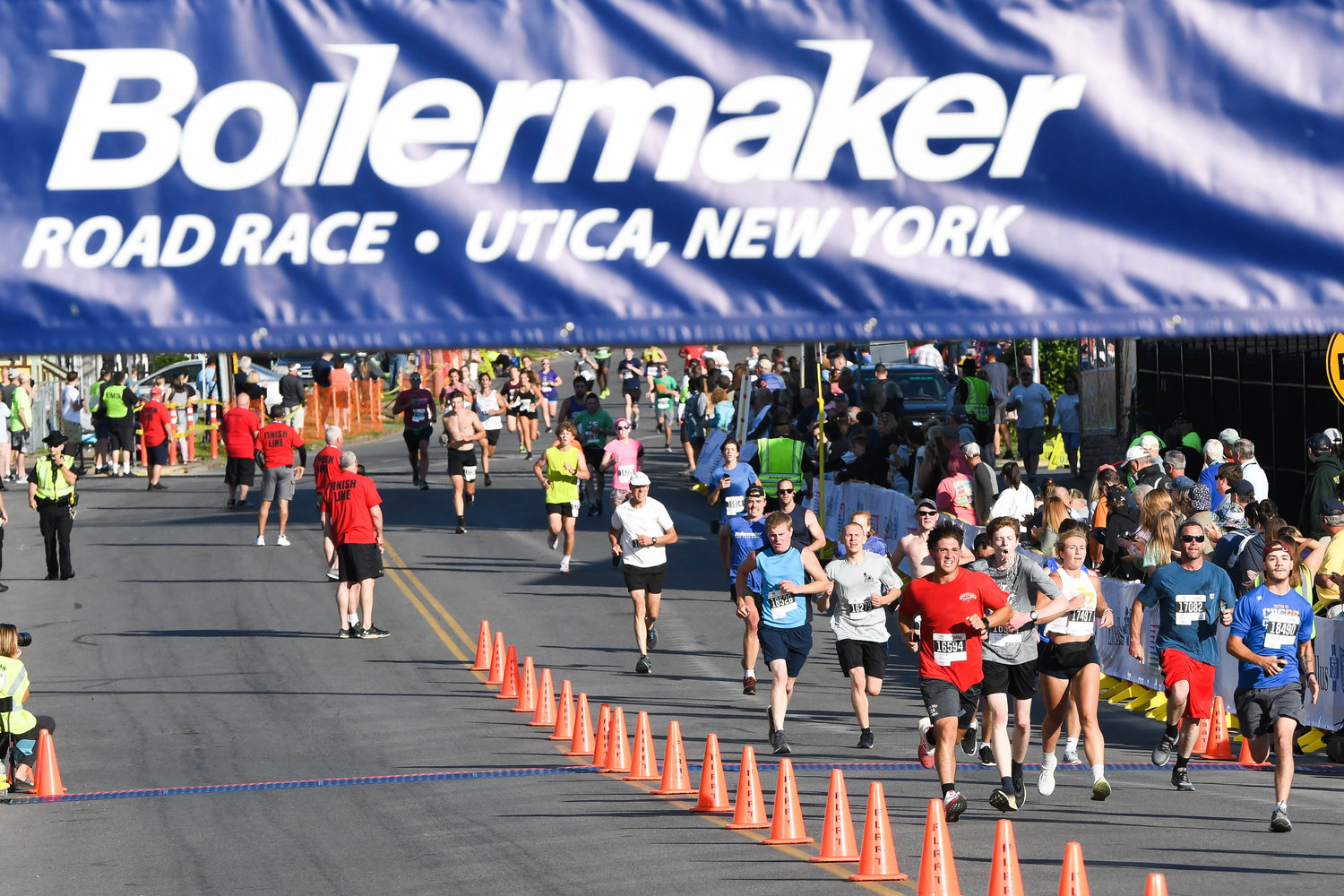 UTICA — The first runner across the finish line Sunday was Boilermaker 5K winner Michael Hennelly, who cruised to a win by almost 26 seconds in his first attempt.

Hennelly, a member of the cross country and track teams at Manhattan College in New York City, won the 2022 Boilermaker 5K in 16:03.22. "It was awesome. I loved the crowd and the energy," said the resident of Suffern, in Rockland County, New York.

With temperatures in the 50s and clear, mostly windless conditions, "it was beautiful today," Hennelly said. "It was perfect."

As for his time, Hennelly said it was right on target. "I was happy with it. About what I expected."

Hennelly said he felt confident of the victory only late in the race. "Running through the last two traffic lights I took a look behind me and knew I had it in the bag."

Tyler Vega of Elkton, Maryland, was the second place finisher.

Next summer the graduate student said he might be competing in the Boilermaker 15K. "I'd love to move up."

Tricia Longo of Waterford, New York, had the top time among women in the 5K. Her time of 17:48.07 was good for seventh overall and was over 40 seconds faster than women's second place finisher Veronica Dailey of Addison, New York.

Longo, age 32, has run the 15K at the Boilermaker but was making her debut in the 5K this year. "With the hot weather I was feeling a little overcooked so I dropped down."

The move to the 5K worked out well. "This is the first race I've won in a long time so I'm excited," she said at the finish line. But, she added, with race time temperatures so mild, "I'm kicking myself a little" for not running the 15K. "I'll probably go back to the 15K next year and with my luck, it'll be 80 degrees at the start."

"This event in general is really fun. I'm glad it's back to its regular time after COVID." The race was held virtually in 2020 due to the pandemic and then was held in October last year.

"I'm pretty sure it's a personal best," Longo said of her 5K time. She said that despite having the best time among women by a healthy margin, "In my head they were right behind me, which helped me keep going."

Among top local finishers were D. Casey Malloy of New Hartford in third, Matthew Hanna of Sauquoit in fifth, Casey Zarnoch of Marcy in ninth and Mitchell Domagala of Boonville in 10th.