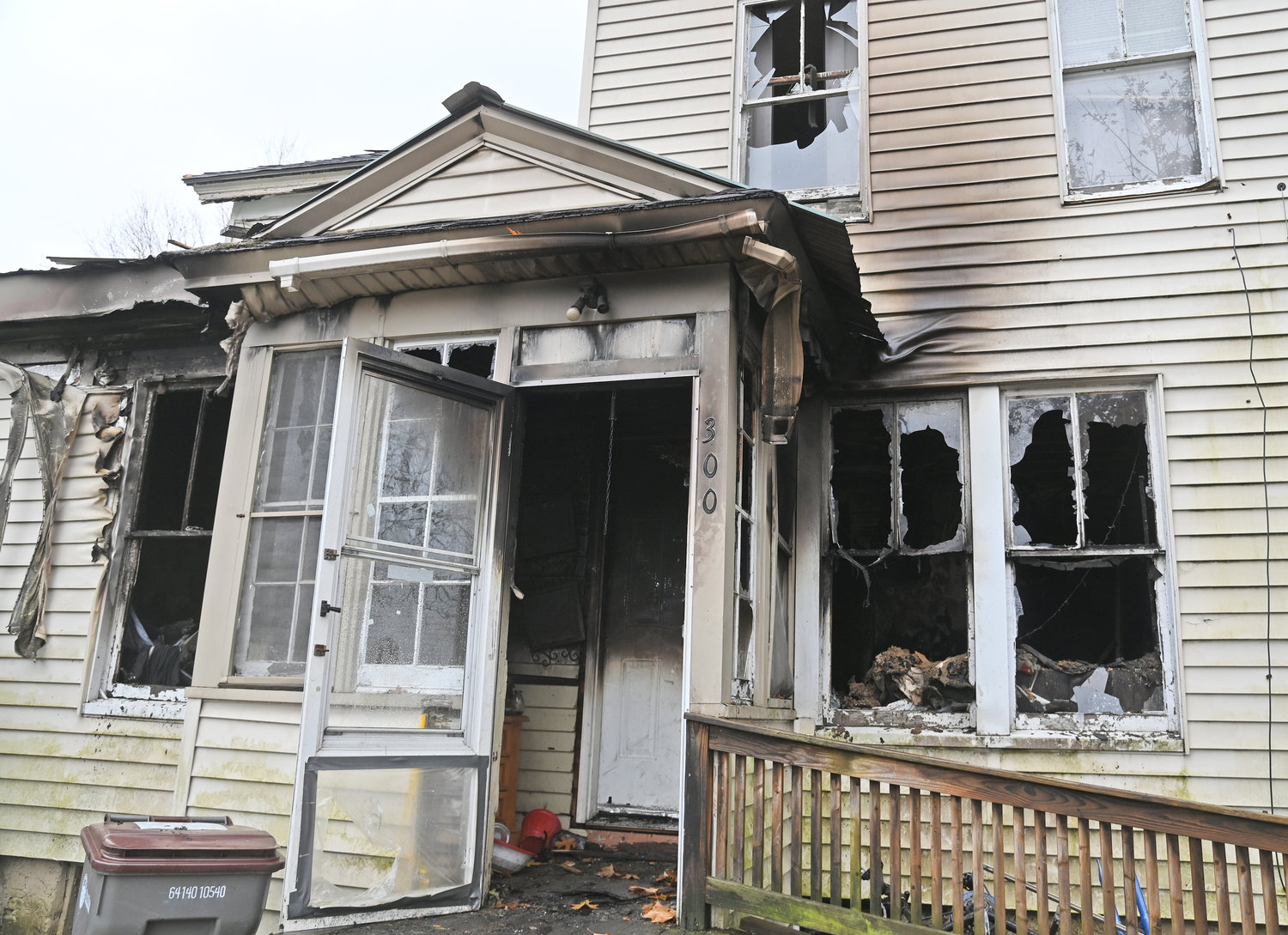 THANKSGIVING FIRE — Fire damage at the 300 N. Jay St. side of the residence that burned Thanksgiving morning in Rome. Fire officials said no one was injured. One resident has been charged with felony arson, according to Rome Police.
(Sentinel photo by John Clifford)

THANKSGIVING FIRE — Fire damage at the West Court Street home that burned Thanksgiving morning in Rome. Fire officials said no one was injured. One resident has been charged with felony arson, according to Rome Police.
(Sentinel photo by John Clifford) 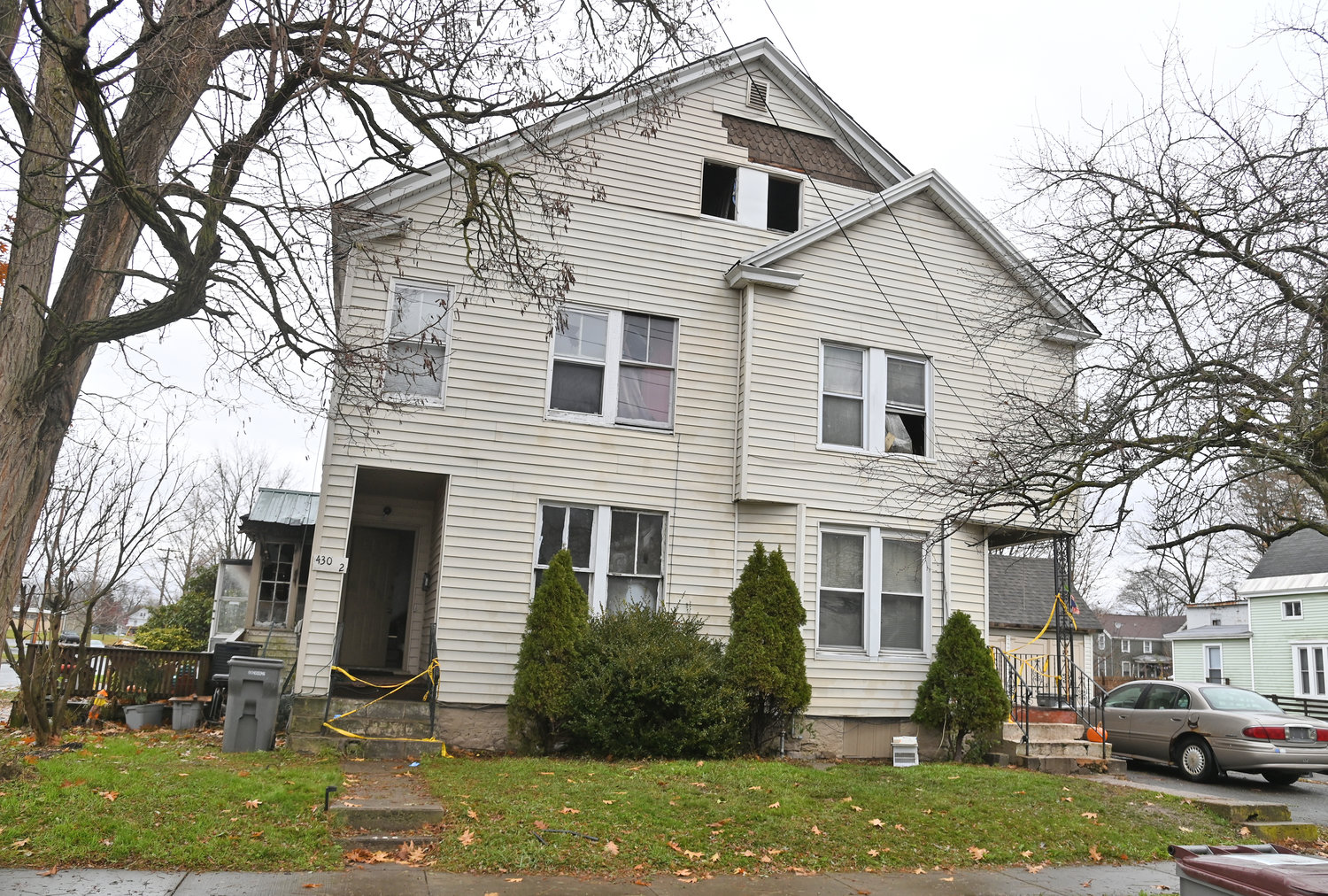 NO ONE INJURED IN FIRE — None of the roughly eight residents were injured in a fire Thursday morning at 430 W. Court St. in Rome.
(Sentinel photo by John Clifford)
Previous Next
Posted Friday, November 26, 2021 4:37 pm
Sean I. Mills

A resident of the home that burned on West Court Street in Rome on Thanksgiving Day has been charged with felony arson for setting the fire, according to police.

Jacob L. Kangas, 24, is charged with one count of second-degree arson, a class B felony, police said. Kangas lives in one of the four units at 430 W. Court St. Police said Kangas is responsible for starting Thursday morning’s fire.

Kangas is scheduled to appear in Rome City Court. Further information about the incident is expected to be released at a later date.

Authorities said the alarm was raised at 10:10 a.m. for the fire at the multi-unit building at the corner of West Court and North Jay streets. Responding firefighters launched an interior attack on the fire on the first floor and battled for several hours Thursday to knock down the flames.

Fire officials said the flames spread into the second floor and the walls. At least eight residents have been displaced.

Authorities said no one was injured, however, according to some social media postings, several residents lost virtually all of their possessions as they fled the fire.

According to city tax records, the property is owned by Dainotto Pasquale of New Hartford. The property has an assessed value of $68,000.

Since the fire, the family of some of the residents have set up multiple GoFundMe.com fundraisers. Anyone looking to help some residents can search “Help Tracy and Paul (SPONGEBOB)” or “Help Shirley After Devastating Fire” on GoFundMe.