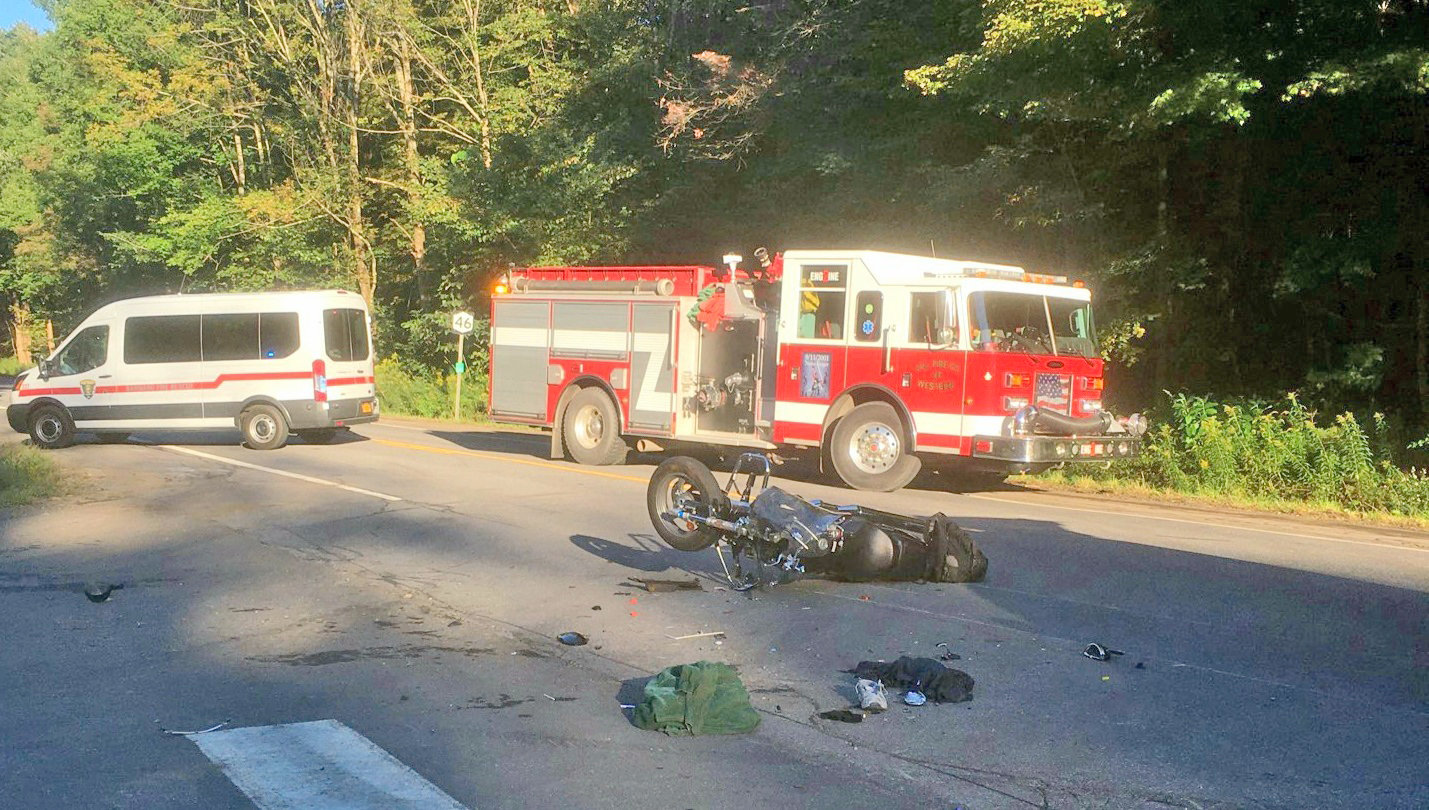 ONE DEAD IN CYCLE CRASH — A Rome man was killed when his Suzuki motorcycle crashed into the back of an SUV on Route 46 in the Town of Western Thursday afternoon, according to state police.
(Photo courtesy the New York State Police)
Posted Friday, September 17, 2021 4:03 pm

TOWN OF WESTERN — A Rome man was killed when his motorcycle crashed into the back of an SUV on Route 46 Thursday afternoon, according to law enforcement officials.

State police said Earl D. Turner, 44, of Kentucky, was northbound in a 2011 Chevy Traverse at about 5 p.m. when he stopped to make a left turn onto Main Street. Troopers said traffic began to slow down behind Turner, and 67-year-old Mehdi Tayefeh, of Rome, attempted to pass multiple vehicles on his 2013 Suzuki motorcycle.

Troopers said Tayefeh’s motorcycle crashed into the rear end of the Chevy Traverse.

Tayefeh was rushed to Rome Memorial Hospital, where authorities said he was
pronounced dead due to his
injuries.

Troopers said the area is a no-passing zone. The speed limit on Route 46 is 55 mph.

The crash remains under investigation.