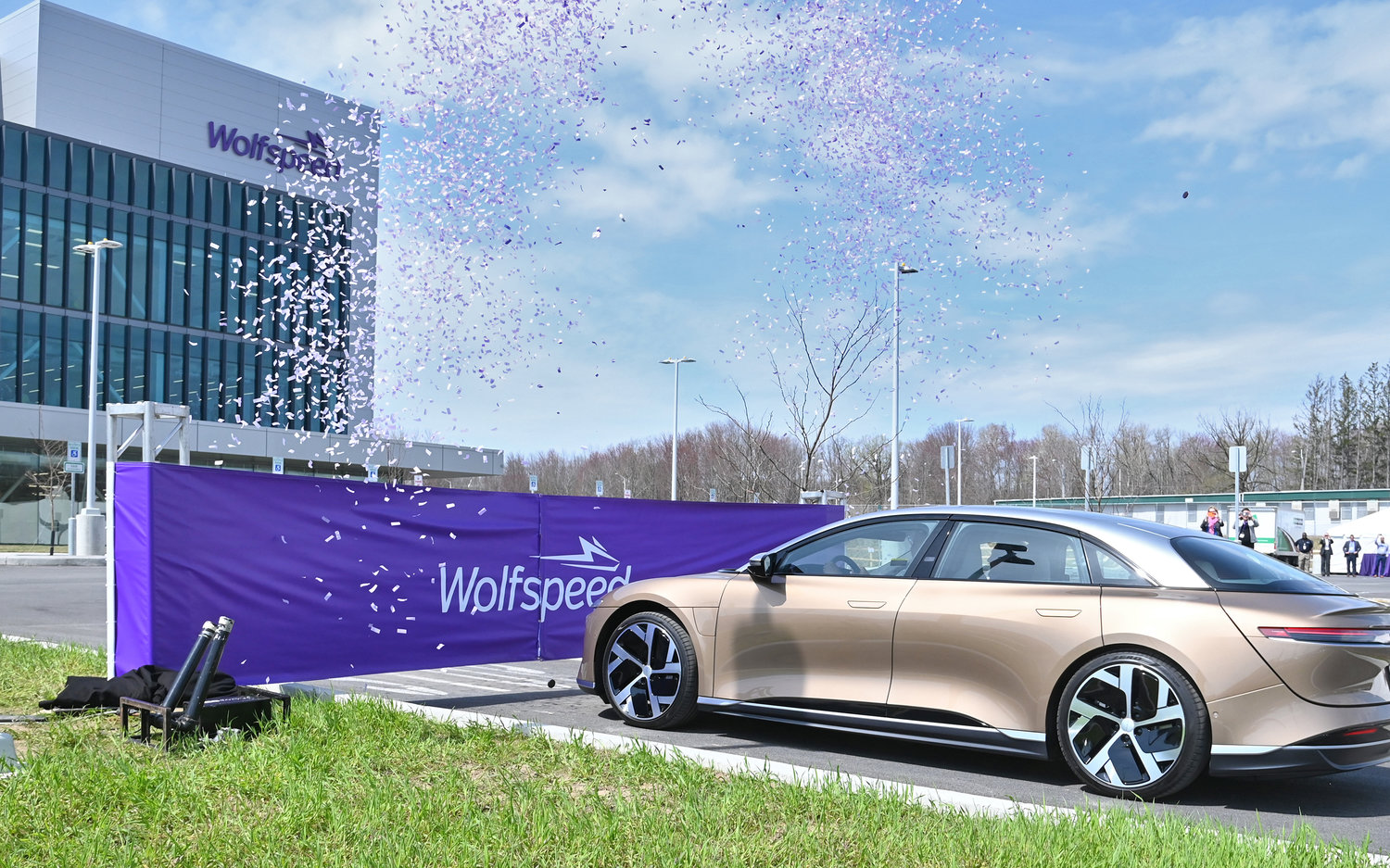 Wolfspeed celebrated their ribbon cutting ceremony on April 25 with a Lucid Motors car driving through the ribbon.
(Sentinel photo by John Clifford) 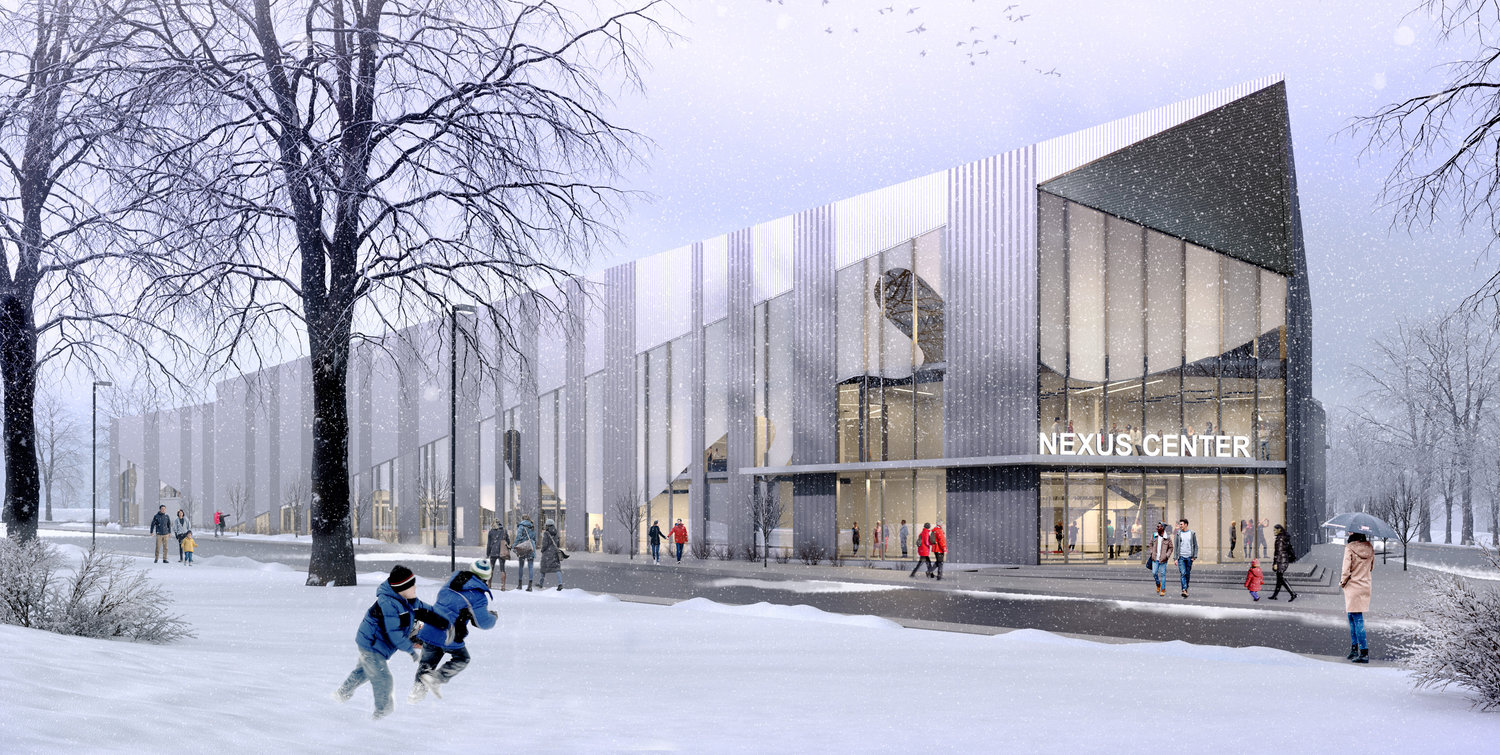 A rendering of what the Nexus Center will look like upon completion.
(Illustration courtesy nexusutica.com) 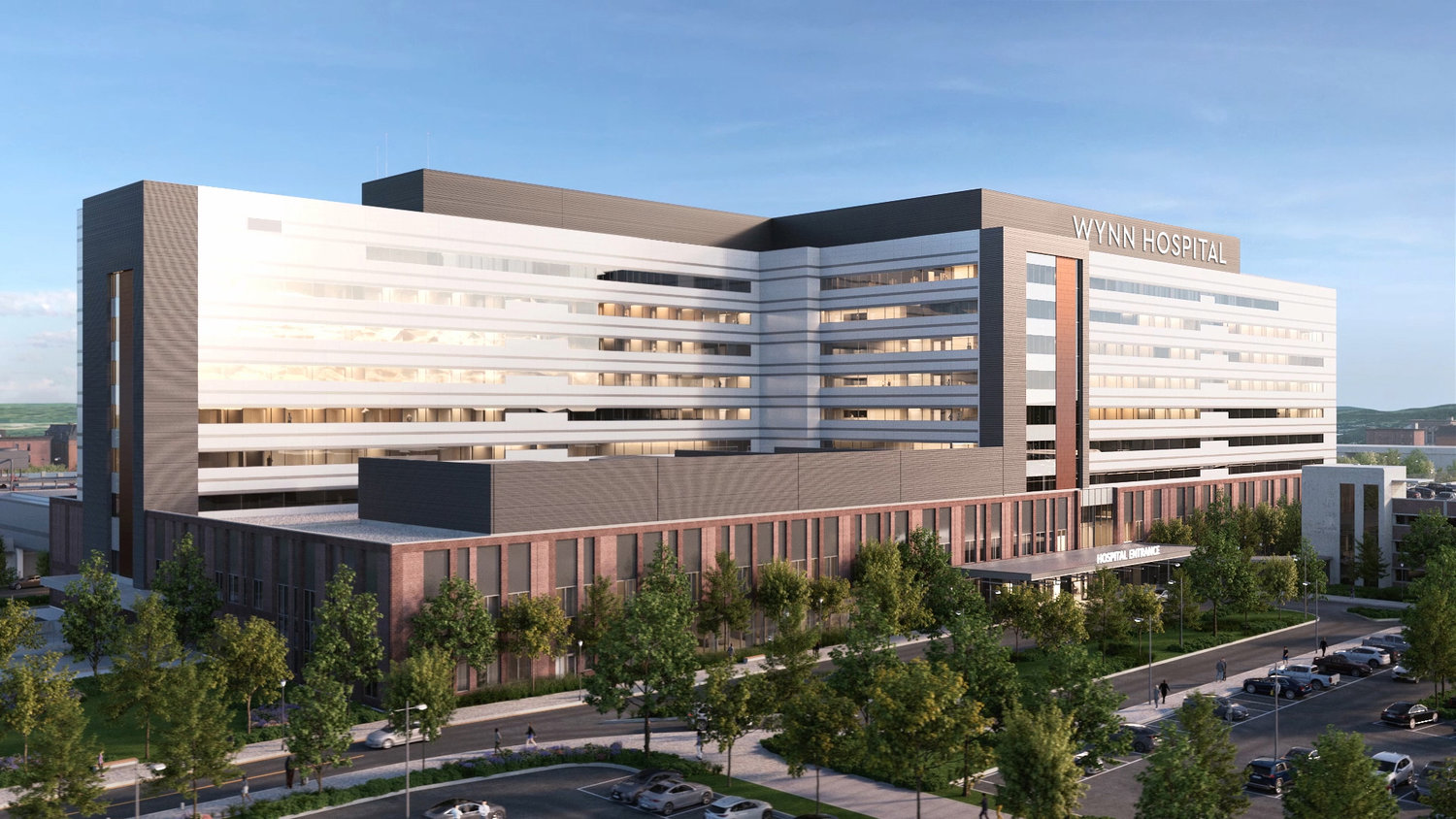 A rendering of what The Wynn Hospital will look like upon completion.
(Illustration courtesy www.mvhealthsystem.org) 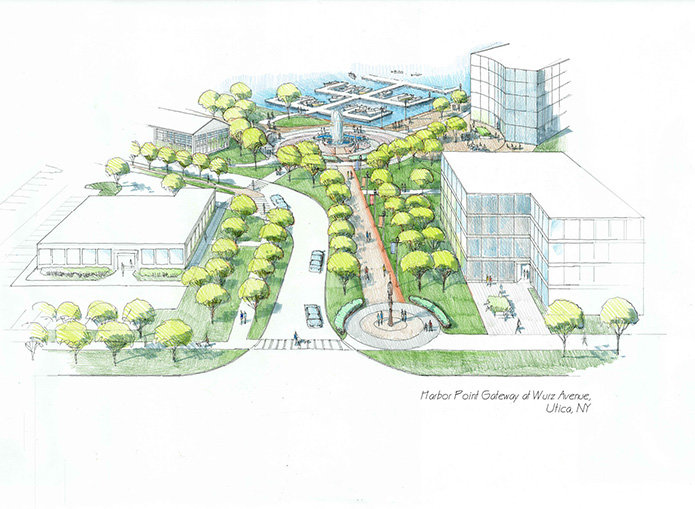 The city, officials say, is undergoing a resurgence with many changes on the horizon.

Investors are providing a significant amount of money to renovate many of the older buildings that once housed the factories and businesses that left many years ago. National, regional and new local businesses have been coming to Utica and the Mohawk Valley. Utica Mayor Robert Palmieri says that these are all positive signs of Utica’s transformation.

“This is a continuation of the growth of this geographic region and it’s beneficial to everyone,” Palmieri said. “We’re centering in on how we can stimulate the economy and retain the people in this area for all of the amenities that we have.”

There are four major projects in the Utica area that are expected to change the landscape of the city, create more jobs, stimulate the local economy and bring more people to Utica and the Mohawk Valley.

Wolfspeed at the Marcy Nanocenter is the first and only 200mm Silicon Carbide fabrication facility in the world. This facility will address the growing needs of the electric vehicle industry and 4G/5G mobile and industrial markets.

Wolfspeed currently has about 200 employees working at this location and they have committed to creating over 600 jobs at this facility within their first eight years of operation.

The Nexus Center will be a sports and recreation facility with three multipurpose playing surfaces. There will also be a training space, a fitness track, over 25 locker rooms, college classrooms, as well as spaces for commercial offices and retail stores.

Construction resumed in February 2022 and is on track to be completed by this fall.

For more information on the Nexus Center, visit: nexusutica.com

The MVHS Wynn Hospital will be a 10-story building on a pedestrian-friendly health campus.

The hospital will have an inpatient unit with a capacity of 373 beds and 8 beds for pediatric patients, an emergency department with the ability to support 90,000 visits per year, a birthing center, conference and meeting spaces, a parking garage and a helistop.

In regards to the current MVHS campuses located at St. Elizabeth Medical Center and Faxton St. Luke’s Healthcare, the fate of those buildings are still being decided.

“We’re working with MVHS to see what is the best possible outcome from them,” Palmieri said. “They have done an RFP which is a request for proposal. It’s going to be something that we all have to be mindful of. It’s going to be a very difficult buildout, it’s an older infrastructure. We have to look at all the options and they may have to look at an option at some point of potentially maybe demolition and utilizing that land for future residential growth.”

Construction of the hospital is on track to be completed by next fall.

The Harbor Point project will transform the harbor into a tourist destination with a promenade, local restaurants, an amphitheater, sports and recreation fields, commercial and residential buildings and space for parking. There will also be connections to downtown with a new pedestrian link, making the Harbor Point project an easily accessible destination and connecting it to the city.

Construction for Harbor Point is on track to be completed by 2025.