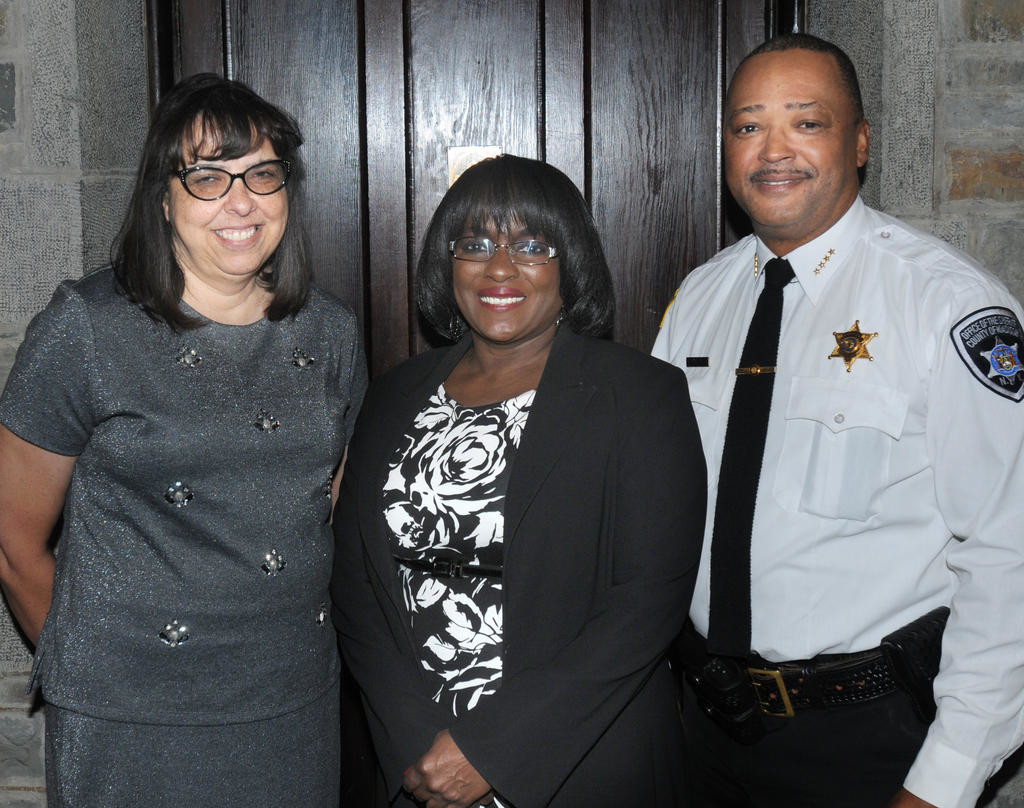 WAMPSVILLE — Madison County is considering mounting body cameras on the uniforms of its sheriff’s deputies as a means of improving officer safety and maintaining officer conduct. The county is also looking to combat the growing heroin problem in the region.

Nelson Town Supervisor and Madison County Criminal Justice, Public Safety and Emergency Communications Chairman Roger D. Bradstreet shared his plan about body cameras with the county board of supervisors before its monthly board meeting March 8.

Bradstreet has been in contact with law enforcement and supervisors from other counties about the usefulness of body cameras.

“I’ve spoken with representatives from other counties about the issue, and they have said that body cameras aren’t a fit for everybody,” Bradstreet said. “If you have a well-trained force you may not need cameras.”

Bradstreet said he plans to speak with Madison County Sherriff Allen Riley about the issue. Riley, who has already attended discussions with his department about the issue, said he has mixed feelings on their use, including the cost.

“We have found offers from companies that will give us free body cameras, but equipment breaks down and gets old. Costs run beyond the purchase price,” Riley said.

Another issue is the cost of data storage. “I have spoken with other sheriffs who use body cameras in their departments and they have said keeping all that film on file will cost between $100,000 and $150,000 a year,” Riley said.

Sharing data is another issue.

“If someone makes a Freedom Of Information Law request, then who is going to go through all that footage?” Riley asked.

The purchase, maintenance, and additional manpower costs associated with body cameras would put a drain on the county’s law enforcement finances.

“We are already scraping to find money for land patrols and keeping our jail staffed,” Riley said. “We don’t have an endless amount of money.”

Riley said he is happy with his department and that checks are in place if an officer were to act beyond reasonable limits.

“We have a well-trained force, and if anyone were to get out of line we would jump right on it,” Riley said. “We have enough people filming police on their own, and we have to act right in case we aren’t able to immediately tell our side of the story,” Riley said.

Riley also spoke to the growing number of arrests and hospital visits related to the growing heroin epidemic in Madison County — and the rest of the country.

“We are also facing increasing costs in money and manpower because of the heroin problem,” Riley said. Beyond the drain on resources the department is being forced to find new ways to address the issue.

“It’s a whole new ballgame,” Riley said. “This isn’t like the old drugs, as bad as they were.”

During his state of the county address in January,County Board Chairman John M. Becker spoke to the rising costs of heroin use.

“While the board of supervisors has allocated funds to the sheriff’s office to combat the heroin epidemic and other drugs in our county, more resources are needed,” he said.

Riley said he is grateful for the additional help, but added that more deputies would solve only part of the problem.

“We need more mental healthworkers and drug counselors,” he said. “Now we don’t have to worry about just getting these people in jail. We have to oversee the detoxification process while they are there.”