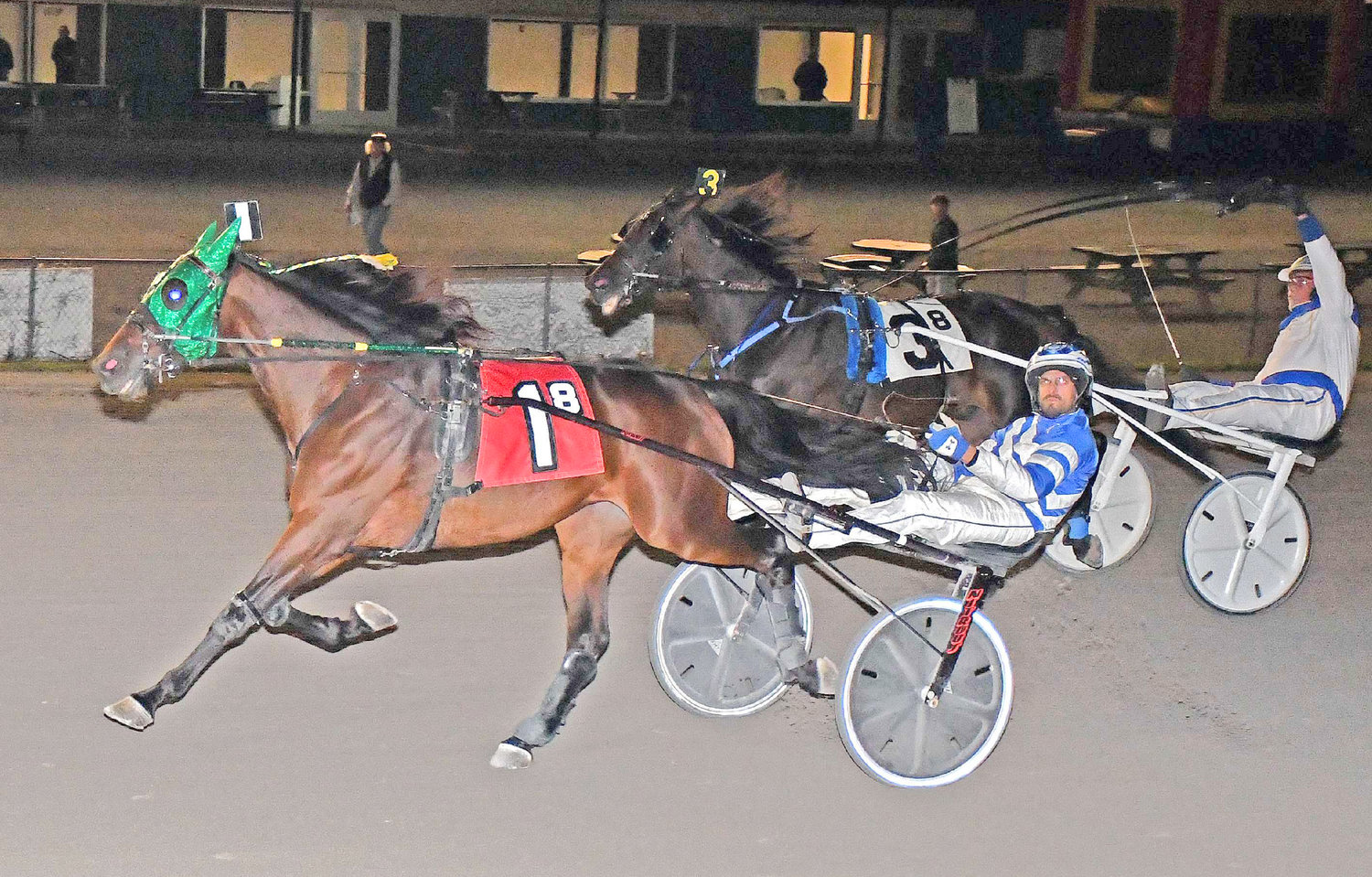 Ongoing Royalty and driver Steeven Genois won the featured $7,500 trot at Vernon Downs on Saturday. It was the horse's fourth straight win, and come in 1:55.1.
(Photo courtesy of Fotowon)
Posted Monday, October 10, 2022 4:22 pm

Ongoing Royalty is a 5-year-old gelding by Royalty For Life. He is trained by Jack McNeil for owners Phillip Trudeau and Fannie Saul-Beaulieu. It was his fifth win this season and his 10th career victory.