UTICA — The New York Power Authority will close its boat launch at the Hinckley Dam and Reservoir on Monday, Aug. 17, due to low water levels that make conditions unsafe for boat launching, the … 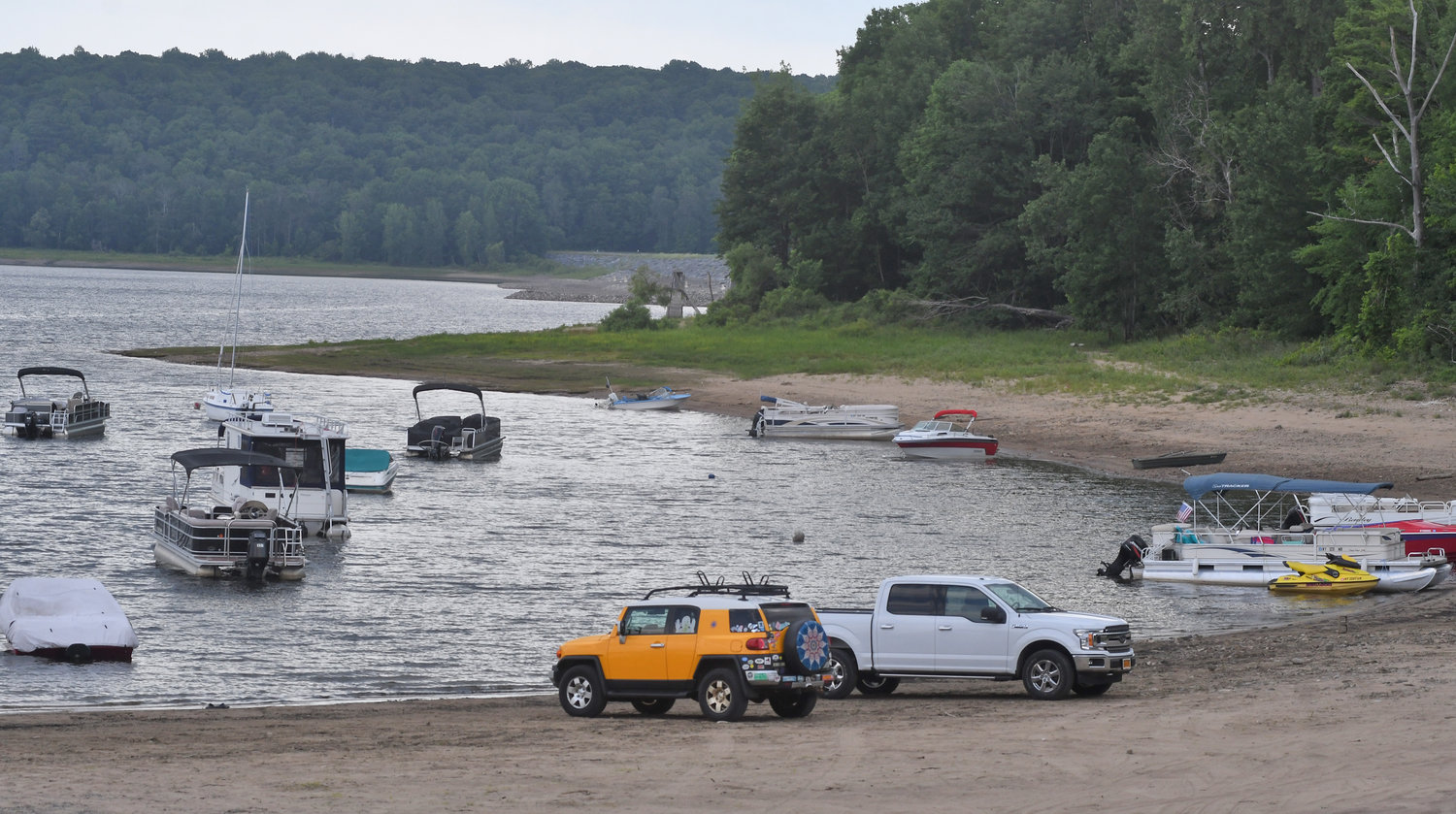 BOAT LAUNCH TO CLOSE — Low water is seen at the Hinckley Reservoir on the Oneida-Herkimer county line in this July file photo. A relatively dry summer has been blamed for low water levels at the reservoir with the state closing the site’s popular boat launch, effective Monday, Aug. 17. The launch will be reopened, the state announcement says, should water levels rise.
(Sentinel file photo by John Clifford)
Posted Friday, August 14, 2020 4:00 pm

UTICA — The New York Power Authority will close its boat launch at the Hinckley Dam and Reservoir on Monday, Aug. 17, due to low water levels that make conditions unsafe for boat launching, the agency has announced.

The nearby canoe and kayak launch area will remain open, officials said, and the Power Authority will continue to monitor the reservoir until the water depth returns to safe levels for launching, at which point the reopening of the boat launch will be announced.

Located along the north side of the reservoir on Route 365, the boat launch was first opened in 1985 as a recreational measure in connection with the Power Authority’s construction of
the Gregory B. Jarvis Power Project.

The launch consists of concrete planks extending 200 feet into the reservoir to permit easy access for boaters.

The Power Authority also provided for parking spaces for cars and boat trailers, and a turnaround area.

The Jarvis project, which features two turbine-generators, began operating in 1986 and is named in honor of an astronaut from the Mohawk Valley who was killed that year aboard the space shuttle Challenger.

Since 2003, the Hinckley Reservoir also serves as the sole source of drinking water for about 127,000 people in the greater Utica area through the Mohawk Valley Water Authority.

The Hinckley Reservoir collects water from a 374-square mile watershed, much of which lies in the Adirondack Park, according to the water authority. “This source provides MVWA customers with an abundant amount of water to support all quality of life and economic development in the region,” the authority’s website says, adding that when full the reservoir contains approximately 25-billion gallons of water.

The Hinckley Reservoir was constructed in the valley formed by West Canada Creek, which flows south out of the Adirondack Mountains and through the reservoir on its route to the Mohawk River at Herkimer, according to the state Canal Corporation.

Its surface area is roughly 4.5-square miles when full, the Canal Corporation adds, with an average water depth of about 28 feet and a maximum depth of approximately 75 feet from the spillway crest.

The Hinckley Reservoir was constructed by the state and completed in 1915 to supply water to the Erie Canal. It owned by the state under the jurisdiction of the Canal Corporation.