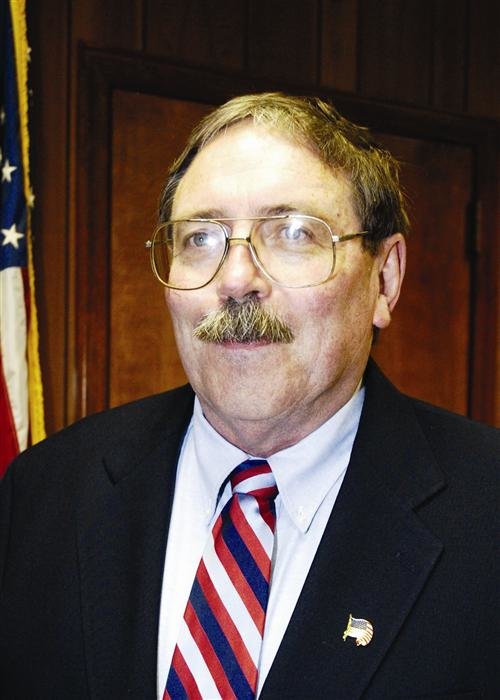 On May 18, incumbent Donald Dawes defeated Jason Cooper to retain his, the only seat expiring on Utica’s Board of Education. When Dawes began his new term on July 1, he entered into his 19th year as a school board member and of service to the city of Utica.

“Every year, I’ve thought, this is enough. I’m going to retire from the Board,” said Dawes, “then that ‘something’ comes along that makes me
want to get that one more thing done.”

Dawes is originally from Clinton. When asked how long he has lived in Utica, after a pause and some thought, he puts it “about 40 years.”

Dawes began working for Niagara Mohawk (now known as National Grid) shortly after graduating from high school. It was there that he met his beloved wife, Barbara (now deceased).

He recalls working his way up through the ranks until he was promoted to supervisor, the role he held when he retired after 43 years of service.

He recalls his run for his first term on the Utica Board of Education and what precipitated it.

“There were a couple of things. One, almost 20 years ago now, there was a capital project and they promised there would be a field house at the new stadium. No field house. They had promised to renovate the fields; they were still unusable,” recalled Dawes.

Dawes shared that the Proctor High School coaches knew him from his son playing sports and promised to back him if he ran for the school board because they knew he would “get things done.”

The other influence in his decision to run was his wife, Barbara. After taking time to be a stay-at-home-mom, Barbara began working for the school district when her children started school, first as a kindergarten teacher’s assistant and, later, when her children were in middle school, she became a school secretary at Jones Elementary.

“She thought it would be a good idea for me to run because there were a lot of things in the district that she thought needed fixing,” said Dawes.

“It’s been 18 years, and it wasn’t until two years ago that we finally got the money to fix all the fields and build that field house,” said Dawes. “That has been my biggest accomplishment.”

But, in the meantime, Dawes emits an authentic pride in so many other things the board has been able to accomplish during his tenure.

“I used to say we went from blackboards to smart boards,” said Dawes, “so that we had the same kind of education as everyone else around.”

Dawes also shared that, during the first few years he was on the board, Utica had to cut hundreds of teachers and staff, just to make the budget work.

“Now, we have a balanced budget,” said Dawes. “We don’t have to lay off any teachers or cut any programs or staff whatsoever.”

Other accomplishments Dawes touts including making Utica schools single-point-of-entry before other local districts had thought to do so. He also applauds the district’s quick response to COVID-19 when the virus was first emerging, sharing that Utica purchased a sanitizing machine and stockpiled masks and shields in anticipation of things growing worse, which – of course – they did. He also notes that the district purchased chrome books “almost from day one” and began the task of ensuring that all students had internet access in preparation for the possibility of remote learning.

“We offer more AP courses than any other local district,” said Dawes, “and we have a drama club that puts on a beautiful play every year.”

But, for the many accomplishments Dawes recalls, the challenges facing the Utica district are not lost on him.

Utica, said Dawes, is the third poorest school district in the state.

Dawes cites this as another reason it was so easy for him to run the first time. He felt that if you could hook the kids with one of the many activities the district offered, whether it be sports or drama or music or what have you, they may not want to come to school to do reading or math, but they will come because they want to stay involved in that activity.

“We have had the same problems as many districts with students from more challenging home settings,” said Dawes. “We don’t have the preschool foundation for all of our students. We do have Pre-K in our elementary schools, but a lot of parents don’t take advantage of it – so these kids start out behind from the beginning.”

Dawes also sadly shared that Utica schools serve a cohort of homeless children, who they suspect sleep somewhere different almost every night and carry their clothing in a bag.

Discussions are ongoing regard those of Utica’s students who face more dire challenges in being ready to learn and “trying to catch them up.” But Dawes shared that, for now, any organized efforts in that regard would need to be on a volunteer basis.

One challenge facing the Utica City School District that is often top of mind is its remarkably high immigrant/refugee population. The City of Utica has one of the most ethnically diverse populations per capita of any city in the country.

“I lose track,” said Dawes, “but I believe the students in our district speak something like 40 different languages.”

While Dawes acknowledges that, of course, that makes for a challenge, he also believes it makes for a great base for kids who go through school Utica schools for later in life, where they find diversity normal and are experienced in embracing difference.

“I grew up in Clinton and the only diversity were ABC (A Better Chance) kids,” said Dawes. “And the kids in that program came from New York City and most of them were athletes.”

Dawes shared that, when the time came for his son to choose a college, there were a couple of colleges he crossed of his list.

“How do I put this,” said Dawes. “He thought there were a little too “white.”

Dawes shared that it made him feel good to know that his son valued diversity after growing up in Utica and having friends and neighbors and classmates and teammates from every walk of life.

“It doesn’t matter what their name is, their religion is, there color is,” said Dawes. “They hugged the ones they liked and not the ones they didn’t. It was about the kind of person you were.”

Looking forward to his next term and 19th year on the board, Dawes’ wish list includes raising the district’s graduation rate.

“I’d love to see that higher,” said Dawes. “Of course, this sickness hasn’t helped at all. But I’m very pleased mostly with everything that’s been going on. We seem to be moving ahead. I hope everything is going to continue this way and we will get better.”

And what was the “something” that made Dawes decide not to retire at the end of his 18th year?

“This time, I have a vision in my head to get the City of Utica, maybe Oneida County, and the school district to form a committee to make Utica better, so people want to move into Utica,” said Dawes. “They come because we have low taxes and inexpensive housing, but somewhere along the way – when their kids reach middle school – they want to leave and go somewhere else. We need to build our schools and our community up, so that people want to stay.”

Dawes calls the people of Utica the “nicest people in the world.”

“I’d love to get together with the city and just make Utica a destination that people are clamoring to get to,” said Dawes. “If I could see that, that would satisfy me for the rest of my life.”

Dawes smiled purely at that thought, then added …

Animal clinic in Marcy participating in stuff the shelters event

NEW BERLIN — Leatherstocking Veterinary Group is teaming up again this year with local animal shelters to help stock their shelves. This event was put on hold last year due to COVID-19, but is …