Senior Willa Pratt scored the first and only goal for the New Hartford girls soccer team in a 3-1 loss to Section I's Albertus Magnus in the New York State Class A championship game on Sunday. 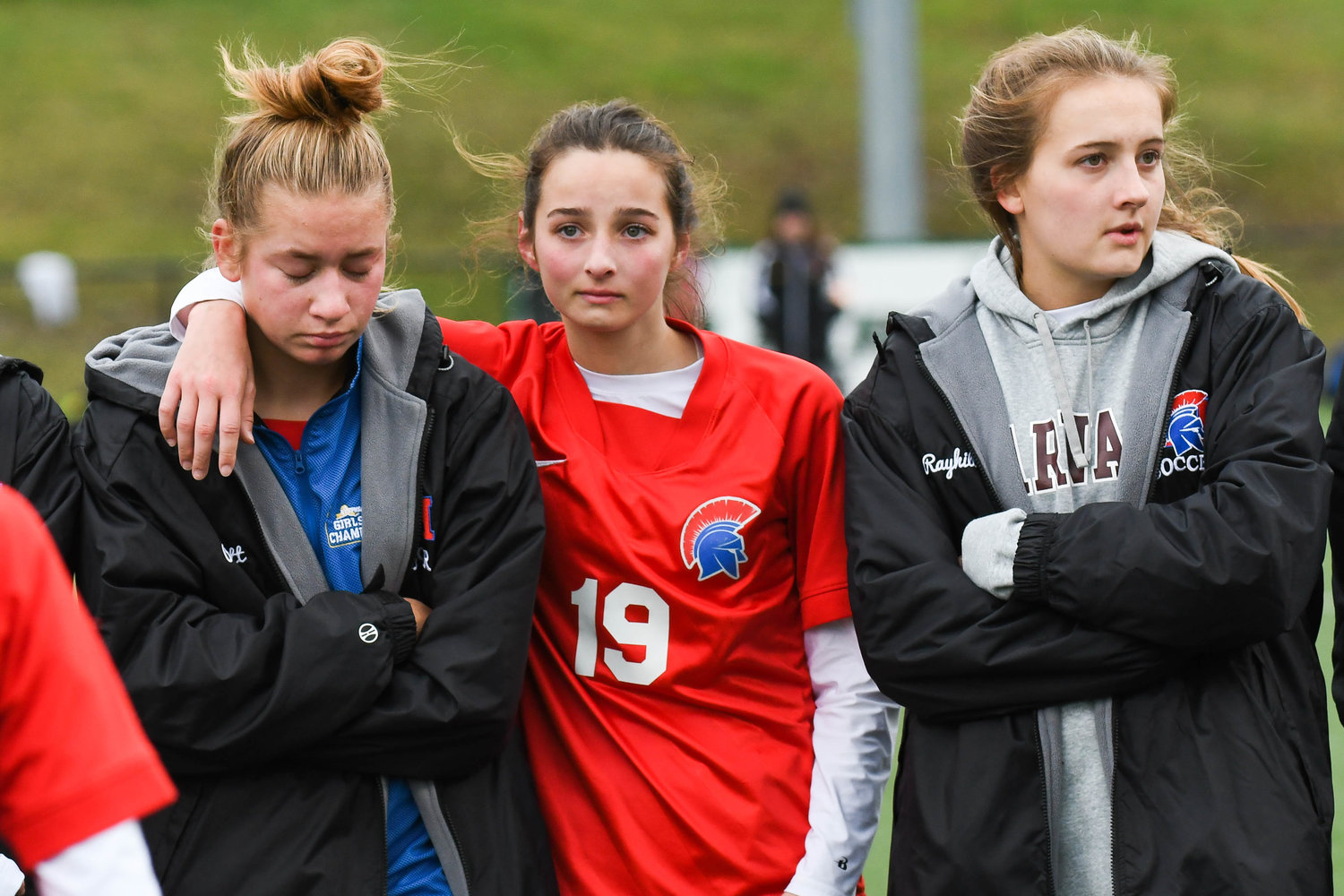 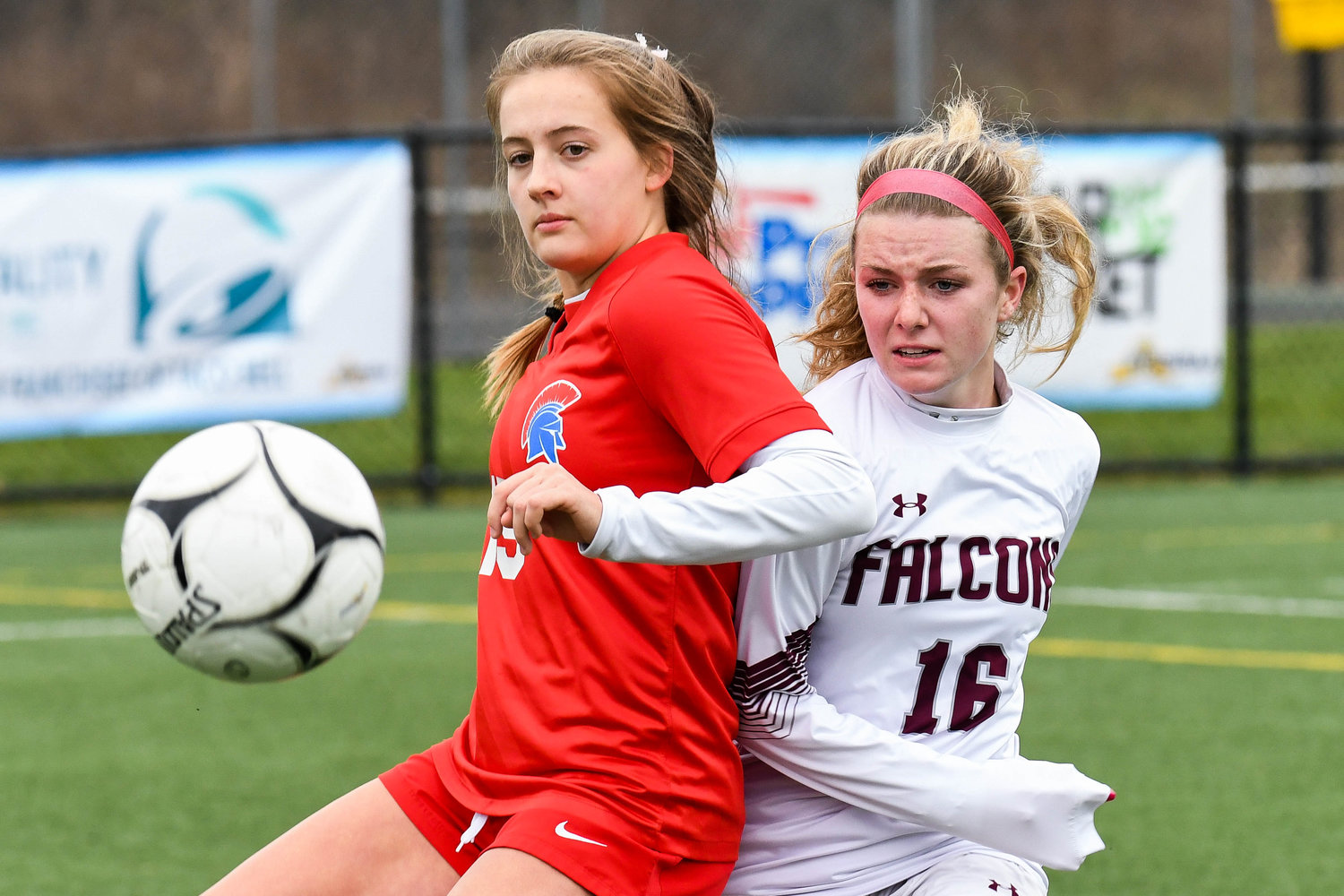 DRYDEN — Senior Willa Pratt scored the first and only goal for the New Hartford girls soccer team in a 3-1 loss to Section I's Albertus Magnus in the New York State Class A championship game on Sunday at Tompkins Cortland Community College.

The Section III Class A and defending state champs also had their 59-game undefeated streak snapped. The mark ties Westhill (1995-97) for second-longest streak in the state’s record books. The state record is 64, put together by Spencerport from 2016 to 2018.

"You don't keep winning forever," New Hartford head coach Frank DuRoss Jr. said of the historic streak ending. "It's got to come to an end sometime. This team went three years without losing a game and I'm so proud of them for being able to do that. It's an unbelievable feat. They should be holding their heads high. They've done amazing things for our program."

In order to keep that streak intact, the Spartans won in penalty kicks against Section X's Spencerport in the Class A state semifinals on Saturday.

"It was a tough 24 hours," DuRoss Jr. said postgame. "Going all the way into overtime and then to PKs was physically exhausting. The girls that were out there on the field, our starters, played pretty much the whole game. To win yesterday in penalties was exciting, but it was really tough."

DuRoss said his team was pretty fatigued coming into Sunday's game, but the Spartans were moving the ball well early in the first half, which set up Pratt's goal.

"We started off connecting well, which is what we were trying to do. We were trying to let the ball do a lot of the work and move the ball. Then as we added a little bit more pressure, we got away from that a little bit and the girls just didn't have it to get up and down the field like they did throughout the season," he said.

The goal came with about 26 minutes remaining in the first half. Pratt was fouled dribbling the ball around the top of the box and awarded a free kick. She kicked the ball and it deflected off of the wall Albertus Magnus set up and found the back of the net.

Gabby Chan was driving the ball into the New Hartford zone. Spartans goalie Savannah Cole came out of the box to attempt to grab the ball, but she missed and Chan slipped behind and put the ball in the back of the net to tie the game.

Albertus Magnus pushed the lead to 2-1 with just under seven minutes to go in the first half when Ashley McMahon scored off of a Chan feed in front of the net. That score stood going into halftime.

In the second half, the Falcons dominated time of possession, holding the ball in the New Hartford zone for a majority of the 40 minutes. They scored the third and final goal with 11 minutes to go in the game. Isabel DePrima beat Cole to give the Falcons the two-goal cushion.

Speaking on the senior group, DuRoss said, "This core group of seniors started this streak three years ago. This is the first game that a lot of them have lost in high school soccer. They are driven, they're intense and they give everything, every single game. They have really cemented our program with a reputation and a history that we can continue to build on in the future."

New Hartford finishes the season with a 21-1-1 record.