The new non-profit Rome Refugee Services has come one step closer in helping to make Rome home for a Ukrainian native and her two children. 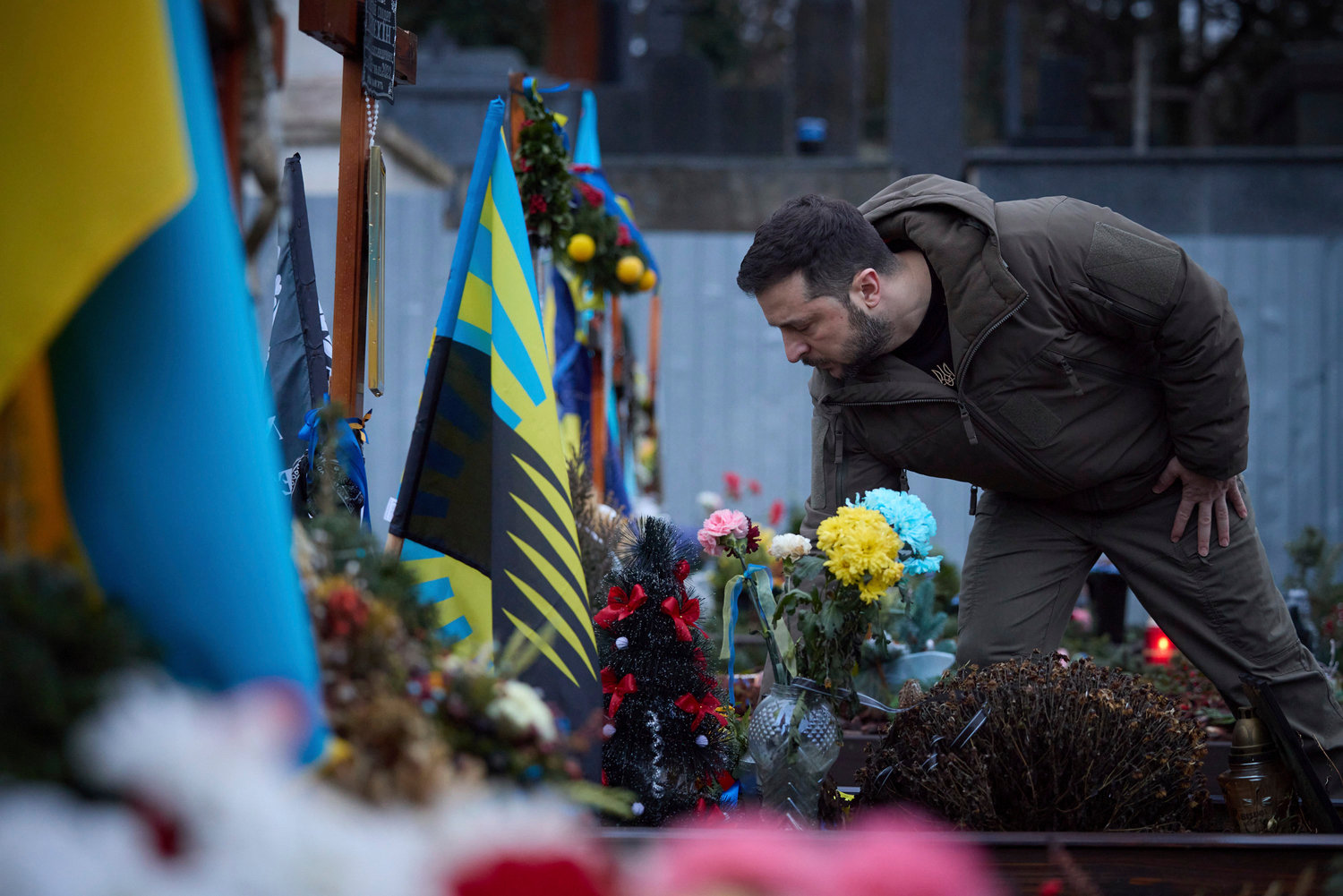 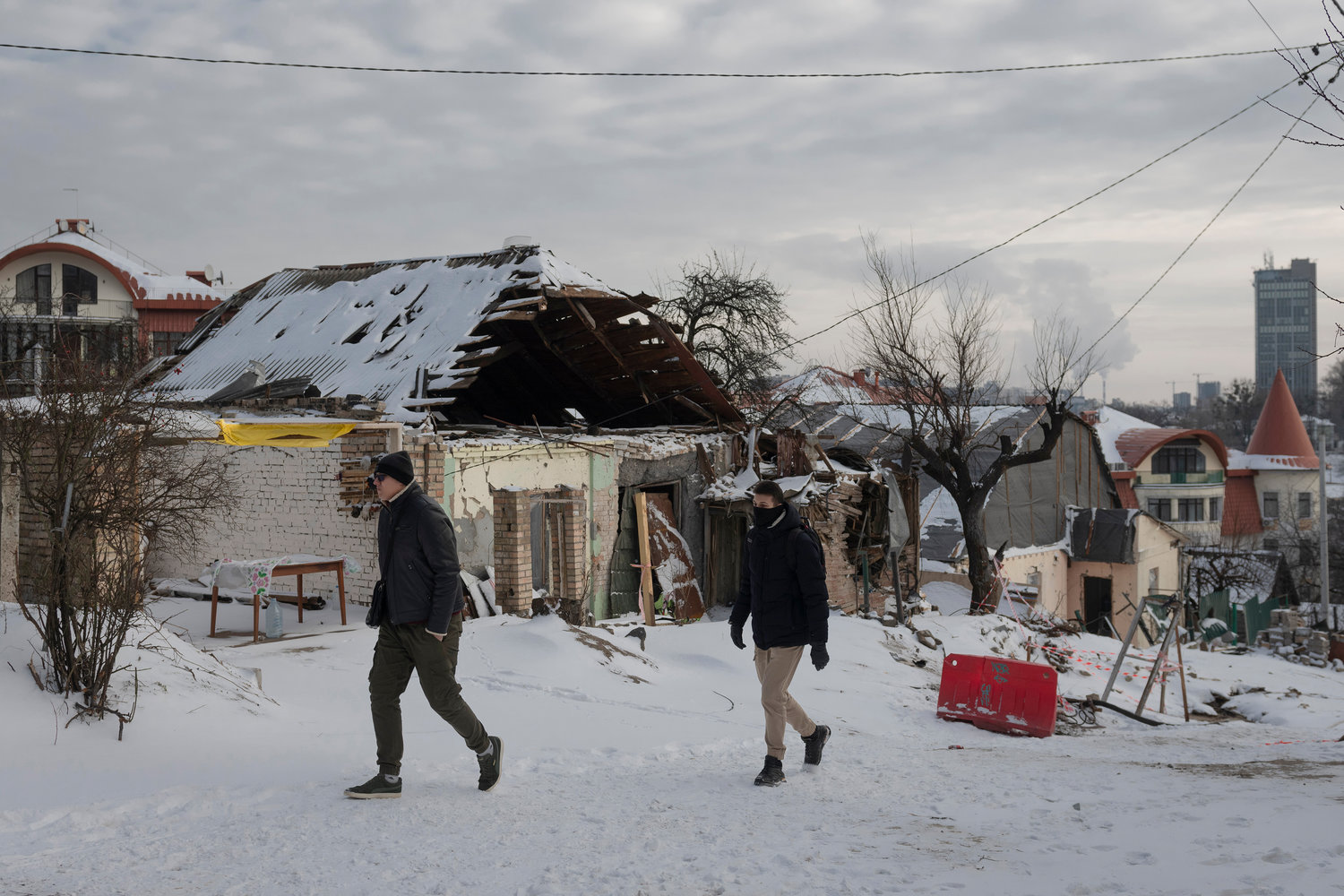 People pass by buildings impacted by Russian missile shelling, in background, in Kyiv, Ukraine, on Wednesday, Jan. 11. A new area non-profit agency has moved closer to helping a Ukrainian woman and her two children, ages 3 and 6, relocate to Rome.
(AP Photo/Andrew Kravchenko) 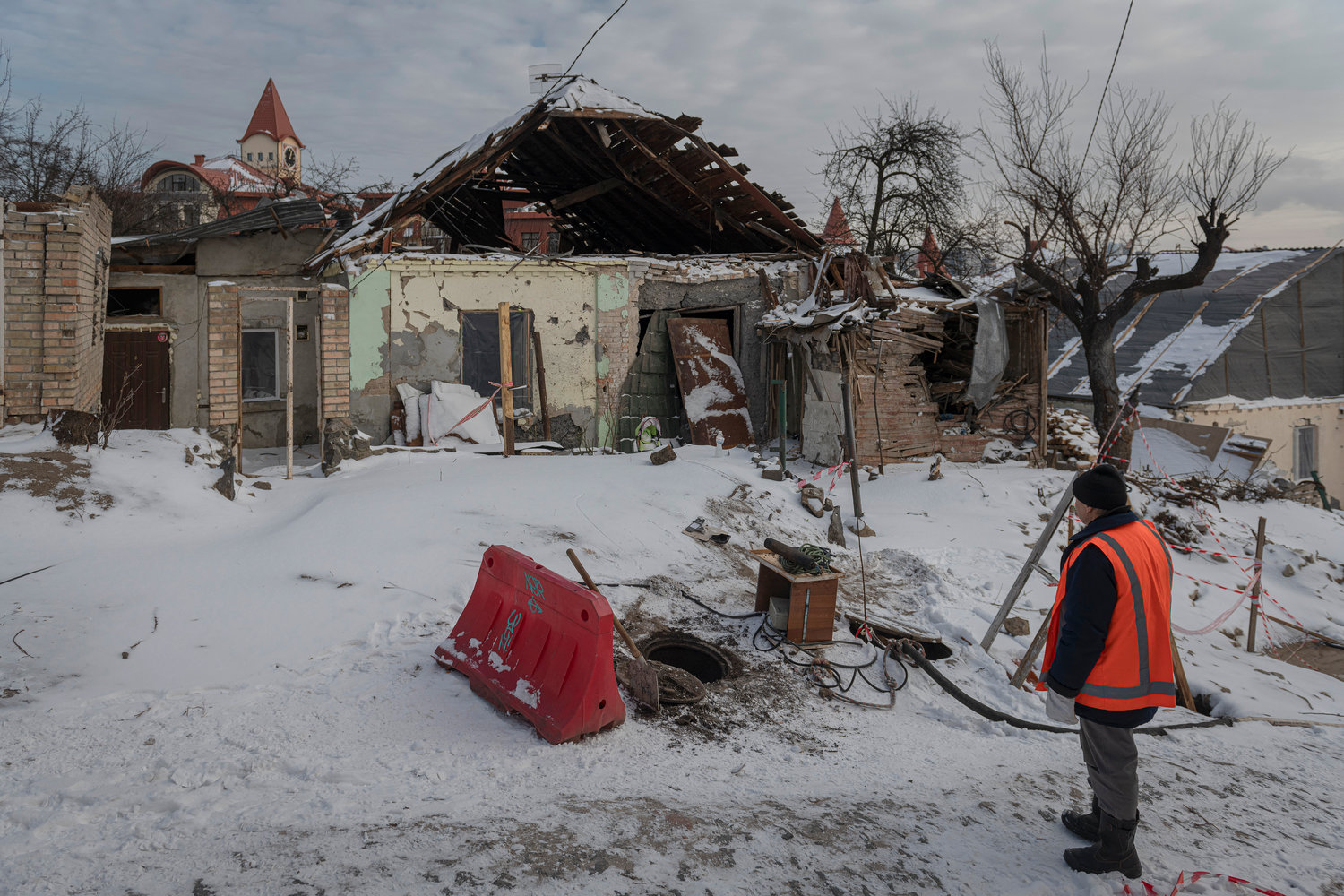 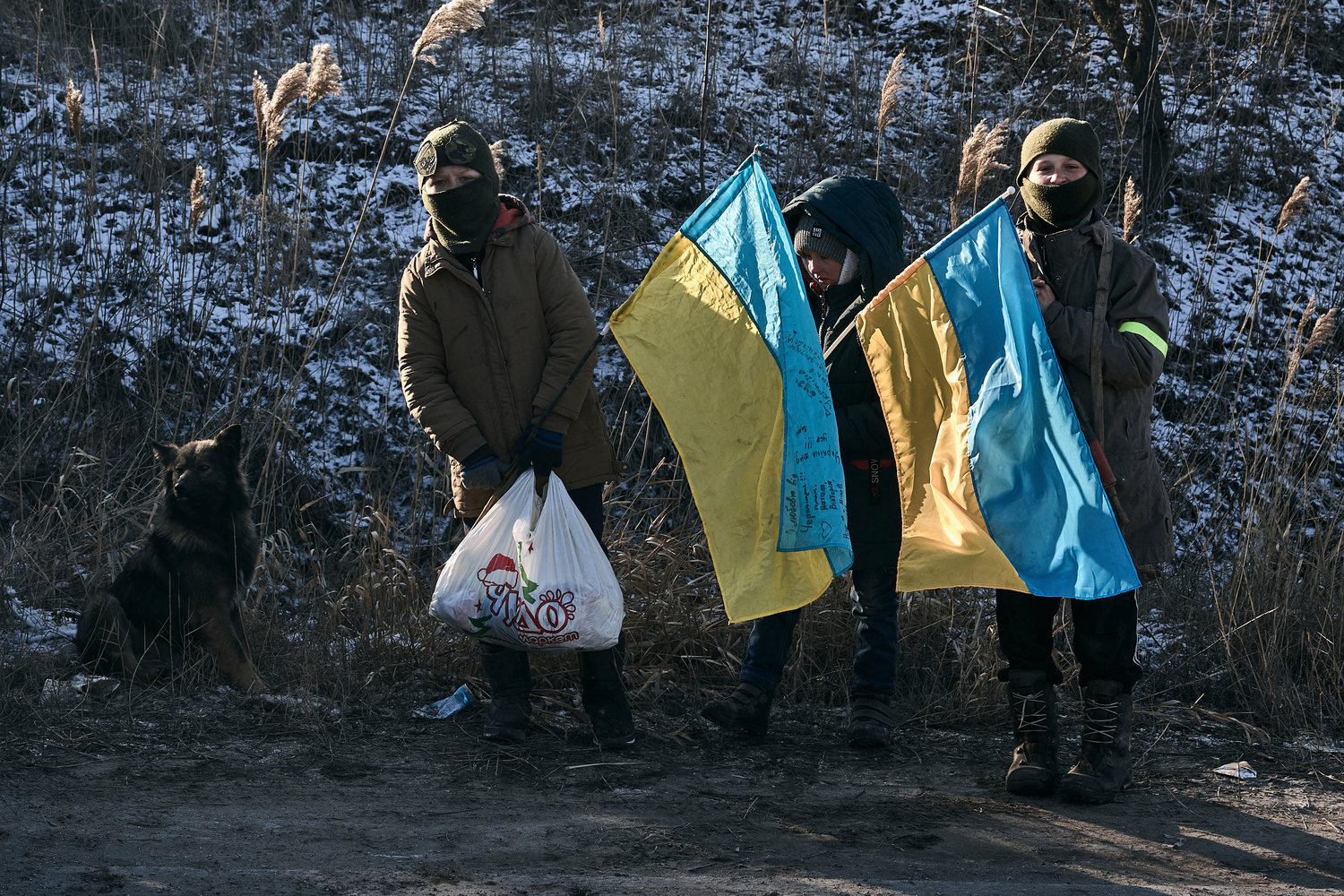 Relatives and friends stand by the coffins of Ukrainian servicemen Yuri Filyuk, 49, and Oleksander Tkachenko, 33, during a funeral ceremony in a village of Oleksandrivka, Odesa region, Ukraine, Tuesday, April 12, 2022. According to Ukrainian servicemen, these two were killed by a Russian missile hit their military base in Krasnoselka, Odesa region, on April 7.
(AP Photo/Max Pshybyshevsky)
Previous Next
Posted Thursday, January 12, 2023 9:10 am
Nicole A. Hawley
Staff writer
email / twitter

ROME — The new non-profit Rome Refugee Services has come one step closer in helping to make Rome home for a Ukrainian native and her two children.

Aidan Goldman, a 16-year-old Rome Free Academy student, and his great aunt, Joan Mammosser, were recently awarded a grant from Rome Community Foundation, with $1,000 of the funding going toward assisting the family in coming to the U.S. The other portion of the grant is being used for materials to host ESL (English as a Second Language) classes for local immigrants and refugees, Goldman said.

Rome Refugee Services held its first board of trustees meeting last month and have elected 10 board members. Goldman said members come from a variety of backgrounds, including a former teacher, a real estate agent, a translator and a business owner.

Discussed during the first meeting were ways the non-profit can remain stable financially, while also raising funds to bring a Ukrainian refugee and her two children, who were forced to leave their war-torn home, here to Rome to start a new life.

Rome Refugee Services has recently connected with the Welcome.US program and is holding fundraisers for needed monies to help relocate the Ukrainian woman and her two small children — ages 3 and 6 — to Rome.

“During the last board meeting we chose a volunteer — a husband of one of our board members — who will go pick them up when they arrive at the airport,” Mammosser said. “And actually we’ve decided that a group of us will go greet her now. She’s a single mother with two young kids who doesn’t speak English, so we want her to feel safe and welcome.”

“We plan on having a ‘welcome’ sign and some balloons — even some stuffed animals for the kids,” Goldman added.

Officers have been elected and volunteer board members have been assigned specific duties to help sustain the organization and ensure it can assist future refugees and their families in being relocated locally.

Rome Refugee Services was also responsible for spearheading a program that provides English classes to refugees living and working in the area. Classes have previously been held at Keaton & Lloyd Bookshop on West Dominick Street.

As for relocating the Ukrainian woman and her children, a local hotel that recently remodeled has expressed interest in donating some of its previous furniture and decor to the family, and a local landlord is interested in providing the woman with some rent assistance. And a volunteer on the board said they’d help register the children for school once they arrive, Goldman said.

In a matter of a week, the teen said his non-profit went from a savings of $600 to $3,000 in grant money and donations. To make sure the Ukrainian family makes it to Rome and to ensure the organization’s sustainability, Goldman said his goal is to raise at least $10,000 total.

Rome Community Foundation Executive Director Victor Fariello is raising money for his birthday to support Rome Refugee Services, and a board member gave a donation as well, Goldman said.

“The Rome Area United Way Fund advisors were the committee that received the (grant) request from the Rome Refugee Services and they were impressed with what they saw and recommended the grant to the Foundation Board, which approved it at their December meeting,” explained Fariello. “It’s not that often that we see requests from start-up non-profits and this one has a great mission, and is already showing results. We were happy to help them in their early development and look forward to watching them as they grow.”

Every Wednesday in January, the Vine & Fig restaurant, 8171 Turin Road, is donating a portion of its sales from Wednesday Oyster Nights toward Rome Refugee Services.

“Donating to the refugee center in hopes of helping current or future newcomers find home and community here — just as we have done our entire lives — is very important to us, as we want to make Rome a city for all and help it grow,” said Fig & Vine Owner/Chef Carly Reynolds.

Mammosser said, “People are starting to believe in what we’re doing, and we believe this will all fall into place.”