Real Men Wear Pink, a campaign to help advocate and raise funds for breast cancer awareness and research, will kick off on Thursday, Oct. 6. 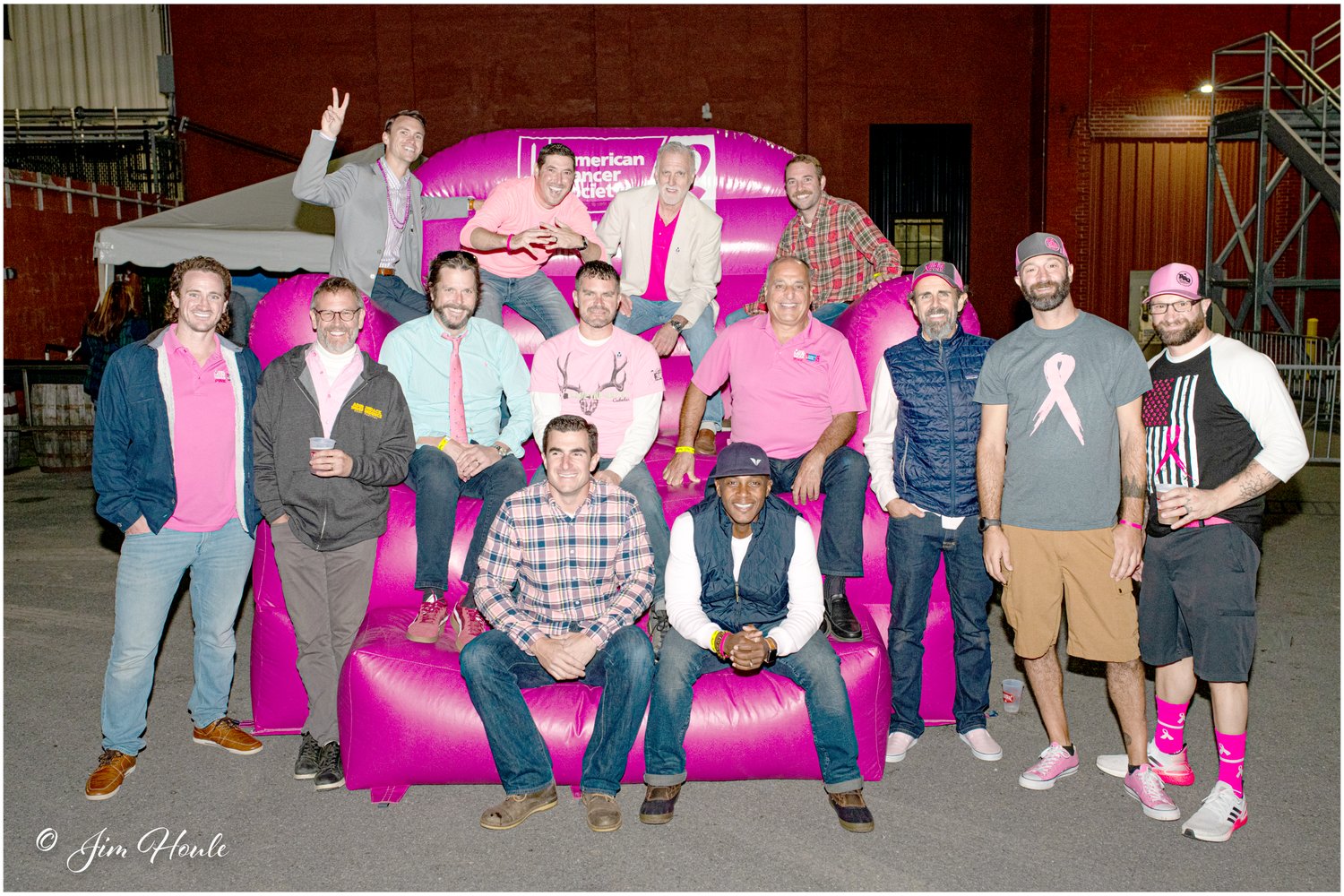 For more information on the Real Men Wear Pink campaign, or to find an ambassador and donate, visit realmenwearpinkacs.org/UticaNY.

UTICA — Real Men Wear Pink, a campaign to help advocate and raise funds for breast cancer awareness and research, will kick off on Thursday, Oct. 6, at the Stanley Theatre, 259 Genesee St.

During Breast Cancer Awareness Month, the campaign brings men from the area together to become ambassadors and compete to see who can raise the most money.

Jordan Peters, a public relations account executive at Paige Marketing Group and one of the campaign ambassadors for Real Men Wear Pink, is starting his third year as an ambassador for the annual event.

“Since I moved back here to Utica 6 or 7 years ago, I sought to get involved in the community and I take a lot of satisfaction and fulfillment in doing that and being an active community member,” Peters said. “This is just really meaning full work because, at the end of the day, everybody will be affected by cancer, whether it’s personally or a close friend or family member. It truly affects us all, so it’s definitely a worthwhile cause.”

According to the American Cancer Society, breast cancer is the most common cancer in women in the United States, except for skin cancers, and accounts for about 30% of all new female cancers each year.

Through early detection, increased awareness and better treatments, breast cancer death rates have decreased in recent years, and there are more than 3.8 million breast cancer survivors in the United States, including women still being treated and those who have completed treatment.

“My mom was able to actually beat breast cancer, partially because of the improvements in technology and medicine that were made possible by events like this and campaigns like this,” Peters added.

From 5:30 to 8:30 p.m., the Stanley Theatre will showcase local talent with art by Theresa Augustine, Jordan Case and Misty Macari all on display and a raffle for a painting by Maria Vallese. DJ Ease 1 will provide the musical entertainment, and Al Schnier from the band moe. is scheduled to perform an acoustic set. The event will also give patrons a chance to meet with the campaign ambassadors.

Admission to the event is free. However, patrons will be admitted on a first come, first served basis.

While the official kickoff is scheduled for Thursday, Oct. 6, the campaign has already started to accept donations, with a total of over $11,000 raised so far and an overall goal of reaching $75,000 by the end of the campaign.