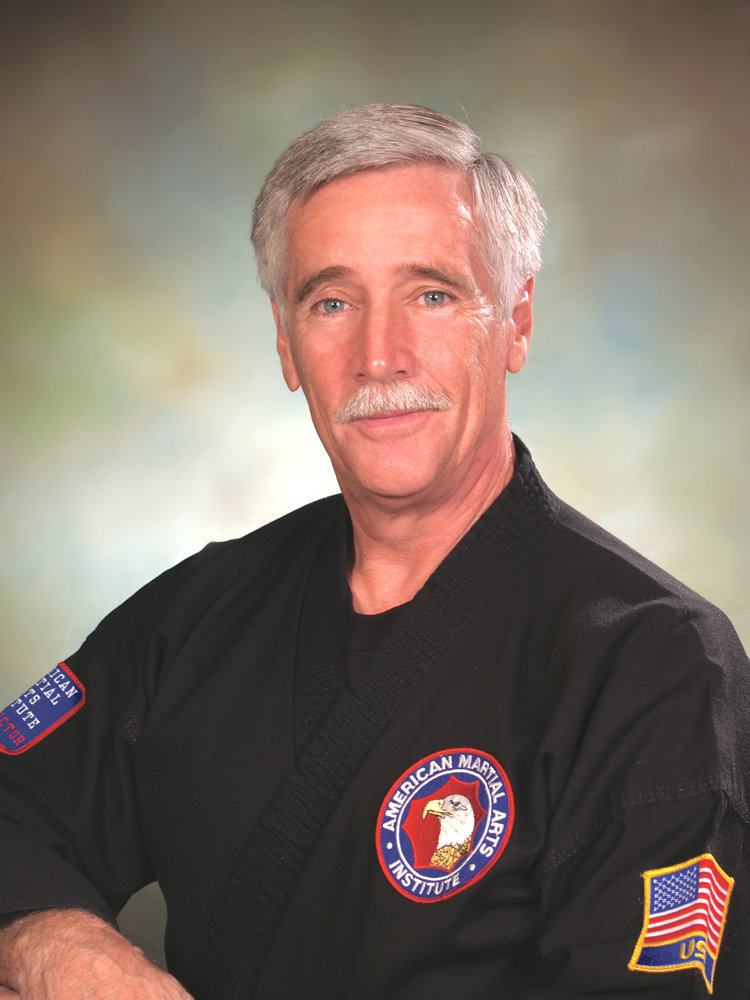 NEW HARTFORD — Clifford Crandall Jr. has a message for everyone over age 60: “Get up, get moving, and enjoy yourself!”

Crandall, 75, founder and grandmaster of the American Martial Arts Institute, 8382 Seneca Turnpike, has produced a video series, “Still Alive and Kicking,” promoting life-enhancing activities for seniors. Crandall said he got the idea for the series about three months ago when he realized he would soon be 75 and saw what he describes as resignation from people as they age.

“I see people in their 60s and older who aren’t doing anything because they don’t realize what they can be doing,” said Crandall.

The grandmaster reminds retirees that the journey of life continues after retirement.

“You can still be involved with your grandchildren, but take them to a pickleball court and teach them how to play, or go fly a kite — you’re still experiencing those special moments.”

Activities featured in each 60-second video include pickleball, golf, kite flying, hiking, canoeing, golf, star-gazing, horseback riding, bowling, cross-country skiing, trimming Bonsai trees, and skeet shooting. Crandall added that he routinely participates in all of the activities that are featured.

“I’m not just telling others to do the activities, I do them myself,” said Crandall.

Topics for future videos include aerobics, bicycling, darts, and billiards. An activity does not have to be physically strenuous, and can be as simple as joining a library book club, Crandall said. The purpose of the videos is to stimulate the body, mind, and emotions.

“Anything that gets you up and stimulated is an activity, you shouldn’t stop doing them, regardless of your age,” he said. “My activities meet three criteria: Being physically active (to maintain a healthy lifestyle); mentally stimulating (to help prevent dementia and other disease); and be emotionally moved (experience or learn something new, and be able to share the knowledge of that experience).”

Crandall also stresses that a person does not need to become an expert at any activities, but should simply do them for the enjoyment.

“It’s not about being good at something, it’s about having fun, and I feel lucky to be able to highlight some great activities for the community,” Crandall emphasized.

Founder of the American Martial Arts Institute, Headmaster Crandall is recognized internationally for his contributions to the field of martial arts and his safety awareness programs. In his professional career, he served as a superintendent of schools in the state of New York, as well as elementary and high school principals and classroom teacher. He left education in 1984 to concentrate on martial arts full-time. Combined with more than 55 years of martial arts experience, Crandall brings an educational professionalism seldom seen in a martial arts school.

His training includes professional instruction in traditional Korean, Japanese and Chinese styles, which allowed him to formulate the American Eagle Style of martial arts.

He is known as Grandmaster of the American Eagle Style, a traditional empty-hand style of martial arts, and is Headmaster for the world of Takenouchi-Hangan-Ryu-Matsuno-Crandall, a 300-year-old Iaido-style based on the samurai philosophy of life. He is also one of the founders of the American Eagle Cane Style.

A member of the Screen Actors Guild (SAG), Crandall is known to have trained with Mark Dacascos and was one of his stuntmen in the film, “Only the Strong.” He has also worked with Frank Dux, who was portrayed by Jean-Claude Van Damme in the movie, “Bloodsport.”

Crandall recalled in his martial arts career having to perform a Level 5 stunt in “Only the Strong,” where he was punched, kicked, thrown against a wall and kicked down a flight of concrete steps with a metal railing.

While having a celebrity name is nice, Hollywood wasn’t for Crandall. The grandmaster said the “traditionalists” who had been doing martial arts their entire lives are those who impacted his life the most. They helped instill in him the desire to teach and pass on his arts to his students, who could eventually in turn, pass their knowledge onto the community.

Actually, contributing to the community is at the core of Crandall’s beliefs. As a lifelong practitioner and instructor of martial arts, he has hosted the “Martial Arts Today” and “The Safety and Awareness Today” television programs as well as numerous “Secure Living” video segments for women and children. He credits his early martial arts training for instilling a sense of giving.

“I was taught in the martial arts that once you become proficiently skilled as a black belt, you should share your skills and inspire others,” Crandall said. He said the “Still Alive and Kicking” videos are not necessarily promoting martial arts, but any activity that people can find enjoyable.

Crandall said he believes activity is essential to quality of life. In addition to martial arts, he has made 947 skydiving jumps from airplanes, helicopters, and even a hot air balloon. At age 47, he placed third in the master’s division and third in the novice division in the 10th annual 1993 A.N.P.P.C. All-Natural Eastern States Bodybuilding Championships. And in 1998, at age 51, he became the first person recognized by Guinness World Records to break a board with his hand in a freefall at 8,300 feet.

“How can you have quality of life if you don’t have any fun?,” he quipped.

“Still Alive and Kicking” is on view at the American Martial Arts Institute website, AMAI-EagleStyle.Com and on Facebook at Facebook.com/AmericanMartialArtsInstitute/. Groups may also contact the AMAI for flash drives containing the series at 315-278-7157 or contact@amai-eaglestyle.com.

Grandmaster Clifford C. Crandall Jr. will soon be a new monthly columnist for the Daily Sentinel, with columns featured once-a-month in the Weekender edition focused on promoting healthy living among seniors. Links to his 60-second videos will accompany the columns on the Daily Sentinel website.