New York Army National Guard Sgt. Ethan Hart, was presented with a challenge coin and certificate of appreciation for his participation in the U.S. Army Best Medic Competition ... 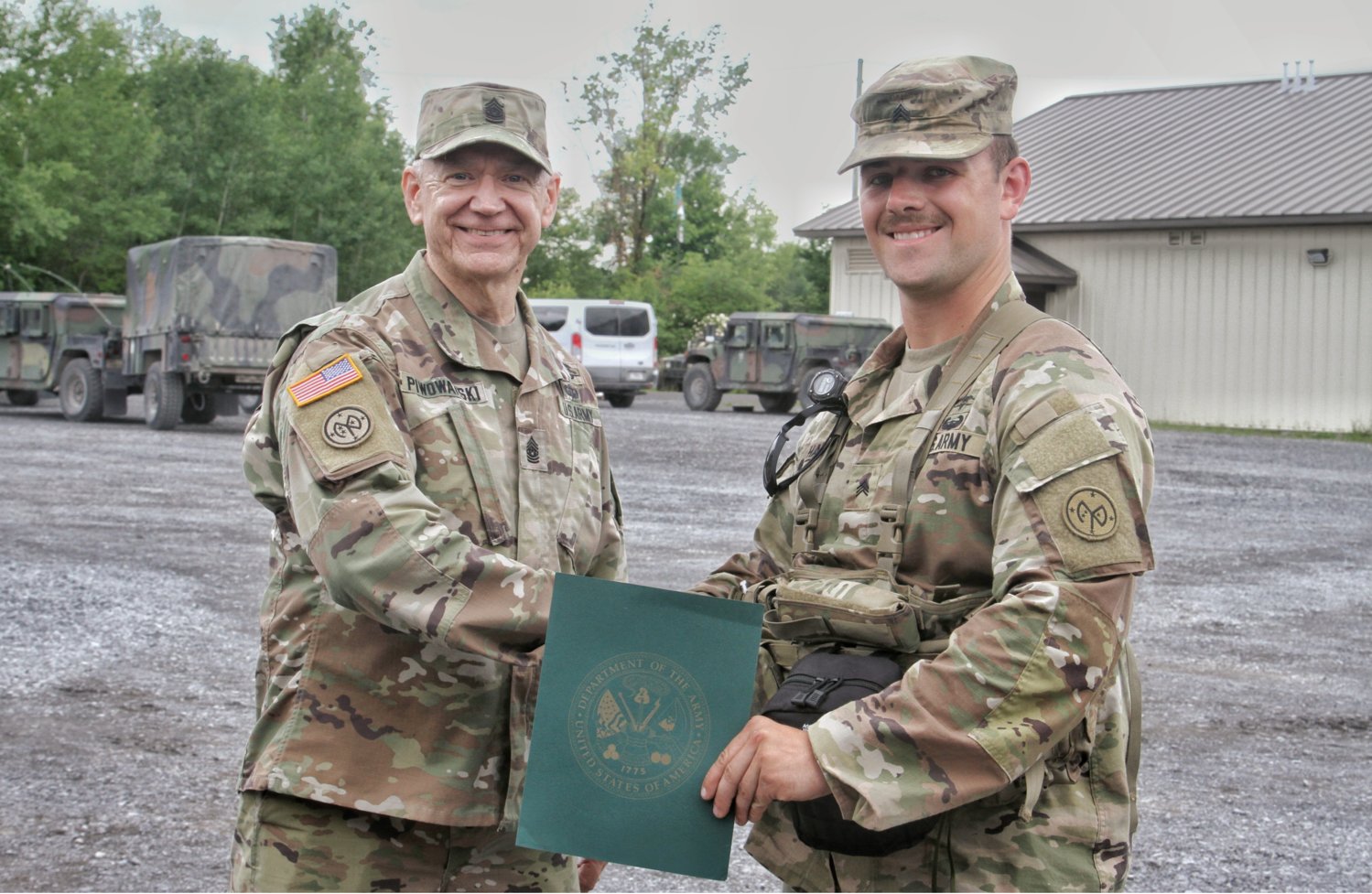 The 2nd Battalion, 108th Infantry Regiment is headquartered in Utica and is part of the 27th Infantry Brigade Combat Team.

During the ceremony, held at Fort Drum, Command Sgt. Maj. David Piwowarski, the senior enlisted advisor for the New York Army National Guard, presented the certificate along with a challenge coin from Sgt. Maj. of the Army Michael A. Grinston.

“Sgt. Hart did an outstanding job at this competition with little to no time to prepare,” Piwowarski said.

Hart, a Whitesboro resident, is currently training at Fort Drum with 1,100 other New York Army National Guard Soldiers preparing to deploy to the Horn of African in the fall.

Hart and Staff Sgt. Dylan Delamarter, the 2nd Battalion, 108th Infantry Regiment medical platoon sergeant were among 21 teams vying to be the best combat medics in the Army at Fort Hood, Texas. They did not win, but just showing up and finishing put them in a select category of the Army’s 82,000 medical personnel, Lt. Gen. R. Scott Dingle, the surgeon general of the Army, said.

Hart and Delamarter went up against teams from the Army’s active-duty divisions, medical commands and the Ranger Regiment.

It was physically and mentally demanding, the weather was rainy and cold, the ruck marches were long, the days were long, there was too little sleep and they felt like they fit right in, Hart said.

At the same time, the soldiers were carrying rucksacks weighing 65 or so pounds. They were also often wet, as it rained regularly during the competition.

Hart is a holder of the Expert Field Medic Badge, which he earned during a competition at Fort Drum in 2021.