Horticulturist Jan Barendse’s seeds for success were sown at an early age while assisting his parents in their family-run business in Holland, a country synonymous with massive fields of colorful spring flowers. 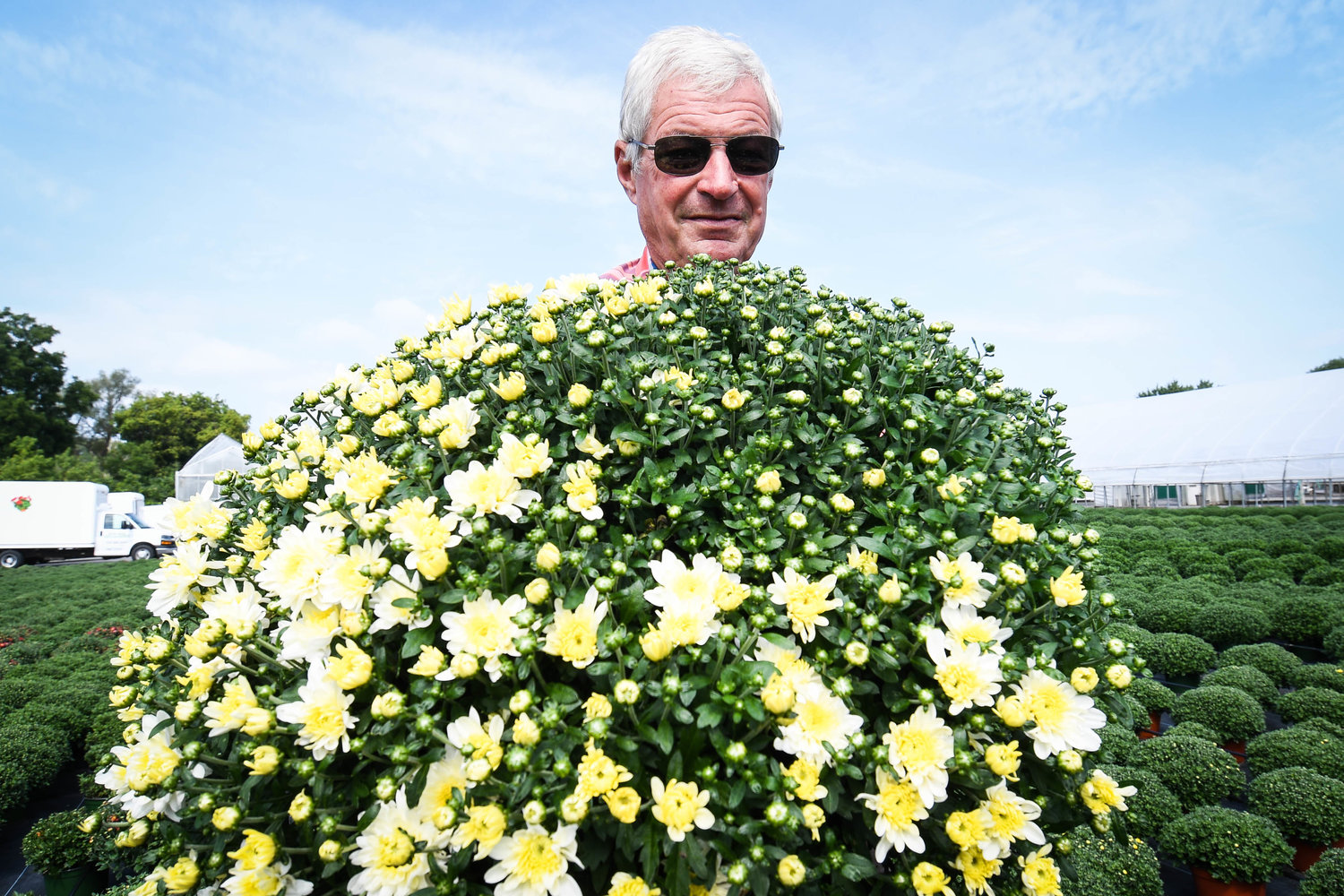 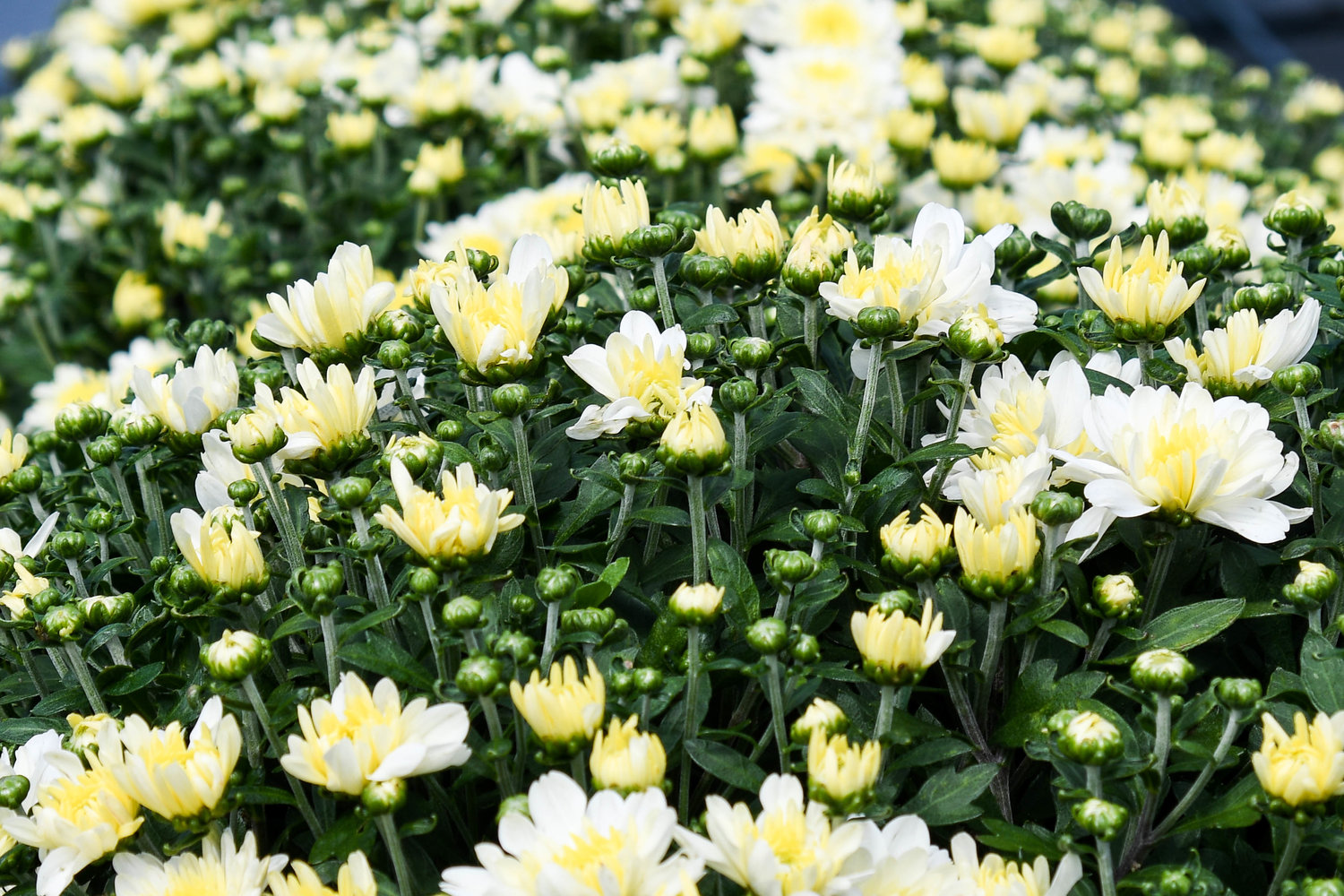 MARCY — Horticulturist Jan Barendse’s seeds for success were sown at an early age while assisting his parents in their family-run business in Holland, a country synonymous with massive fields of colorful spring flowers. This time of year, however, the Dutch emigre’s Marcy-based River Road Farm and Greenhouses provides a colorful profusion of fall flowers – pansies, rudbeckia, and ever-popular hardy mums, among others – ready for sale.

The Schuyler resident explains, “The Mohawk Valley is a great place for growing flowers. The Hinckley Dam and the melting snow from the Adirondacks provide our area not only with sufficient water but it is of the best quality in the entire country, primarily because there is no pollution from large industries.” His evaluation is an educated one: Barendse received his bachelor’s degree in horticulture and economics in his native Holland before immigrating to the United States in 1975, after which he co-owned and operated Baker Greenhouses in North Utica until 2005.

A year later, Jan and his wife, Karen, bought the former Lines Acres at 9182 River Road, which is now their business. Over the next few years, they built four new greenhouses, enlarging the business to 14 shelters on the 25-acre property; the largest structure covers 50,000 square feet, while the smaller shelters measure 2,000 square feet each.

Four open-air acres are reserved exclusively for growing hardy mums for retail and wholesale customers. Over the past 16 years, the flowers - sold in six-, nine- and 12-inch pots, as well as hanging baskets - have also been sold at fundraising events by local schools, sports teams, churches, hospices, and civic and charitable organizations.

Laurie Turnbull, former New Hartford Marching Band president for six consecutive years, can attest to the popularity and profitability of selling Barendse’s blooms – mums in the fall and poinsettias at Christmas – at the club’s semi-annual fundraising drives. “The plants consistently are of excellent quality – large, beautiful blossoms –  which guarantees us repeat customers,” Turnbull states enthusiastically, adding, “The Barendses are community-oriented people who generously help nonprofits such as ours.”

Jan Barendse advocates the importance and advantages of supporting local businesses, as his family does. “Flowers bought from us can arrive fresh in the person’s home in half an hour, as opposed to discount store purchases, which could have been in transit for days,” he notes.

Karen Barendse, whose forte is growing spectacular spring flowers, recommends planning ahead in autumn for spring blooms. Accordingly, in mid-September, the greenhouse provides tulip, hyacinth, crocus, and daffodil bulbs for sale. She also willingly offers this valuable advice to first-time gardeners: To ensure early and vigorous spring blossoms, the bulbs should ideally be planted during the week before Halloween, when the soil is cold but not frozen, and the threat of Indian summer, which would promote premature sprouting of the bulbs, has passed. Planting three bulbs in each hole will also result in a “... fuller, more showy display,” she adds.

During the summer months, sunflowers, fuschia, bubble-gum petunias, New Guinea impatiens, dahlias, and dragon-wing begonias are available for sale, as well as assorted cacti and succulents. Many of these flowers originate in countries as far away as Ethiopia, Nicaragua, and Costa Rica, and are shipped overnight as cuttings and rooted plugs.

Steadfastly sensitive to challenging environmental issues such as water shortages, the Barendses have installed state-of-the-art technology, including drip tubes and robot-controlled spray booms, to irrigate their plants, methods designed in Israel that are now used worldwide. “The systems are accurate, efficient, and use at least 50 percent less water than sprinklers, which lose moisture due to evaporation,” Jan observes. A number of the greenhouses are also equipped with energy-conserving curtains. The computer-controlled canopies are 15 feet above the plants and open and close to keep the temperature at 68 degrees.

The temperature can be changed to meet the needs of the plants in the enclosure. In the summer, the covers keep the greenhouses 10 degrees cooler than the outside temperature; in the winter, they conserve energy and save approximately 30 percent in heating costs.

Reminiscing about his early years in the business, Jan expresses his gratitude for the invaluable hands-on experience he received in his parents’ greenhouses. Keeping an eye toward the future, he “pays it forward” by offering local youth the same opportunity. Every spring – the busiest season – the employs high school students to help with a variety of assignments, from unloading trucks of newly arrived plants to loading customers’ vehicles with their purchases; in short, every task needed to guarantee a smoothly running greenhouse.

As the horticultural veteran sums it up: ”The skills the young people learn on the job today will serve them well in the future, no matter what career they choose.”