In the North Country, local food and flora flourish

Back in the summer of 1998, Stephanie Miller and her boyfriend, Gary Pecore Jr., started selling plants and vegetables from an improvised roadside stand ...

In the North Country, local food and flora flourish 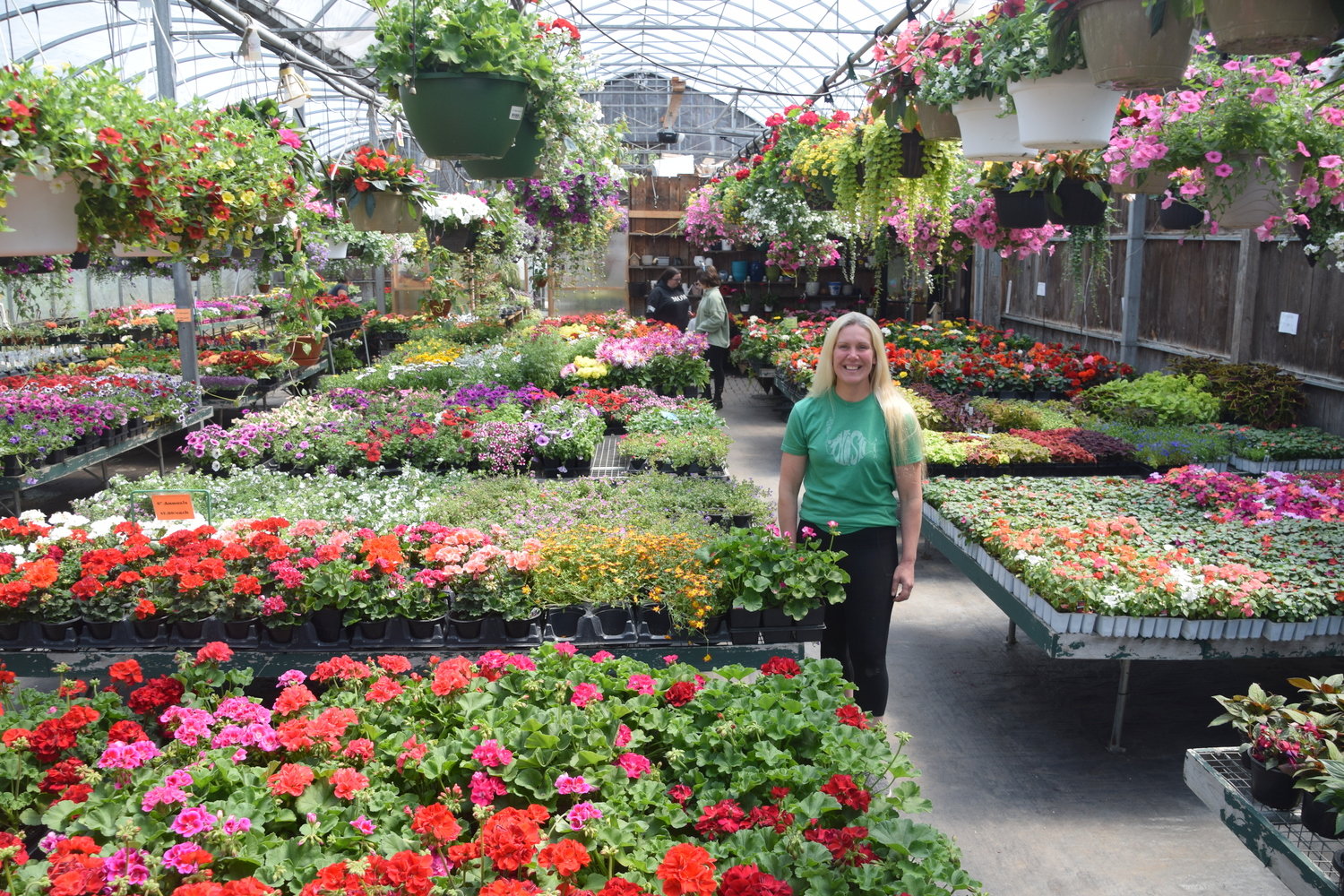 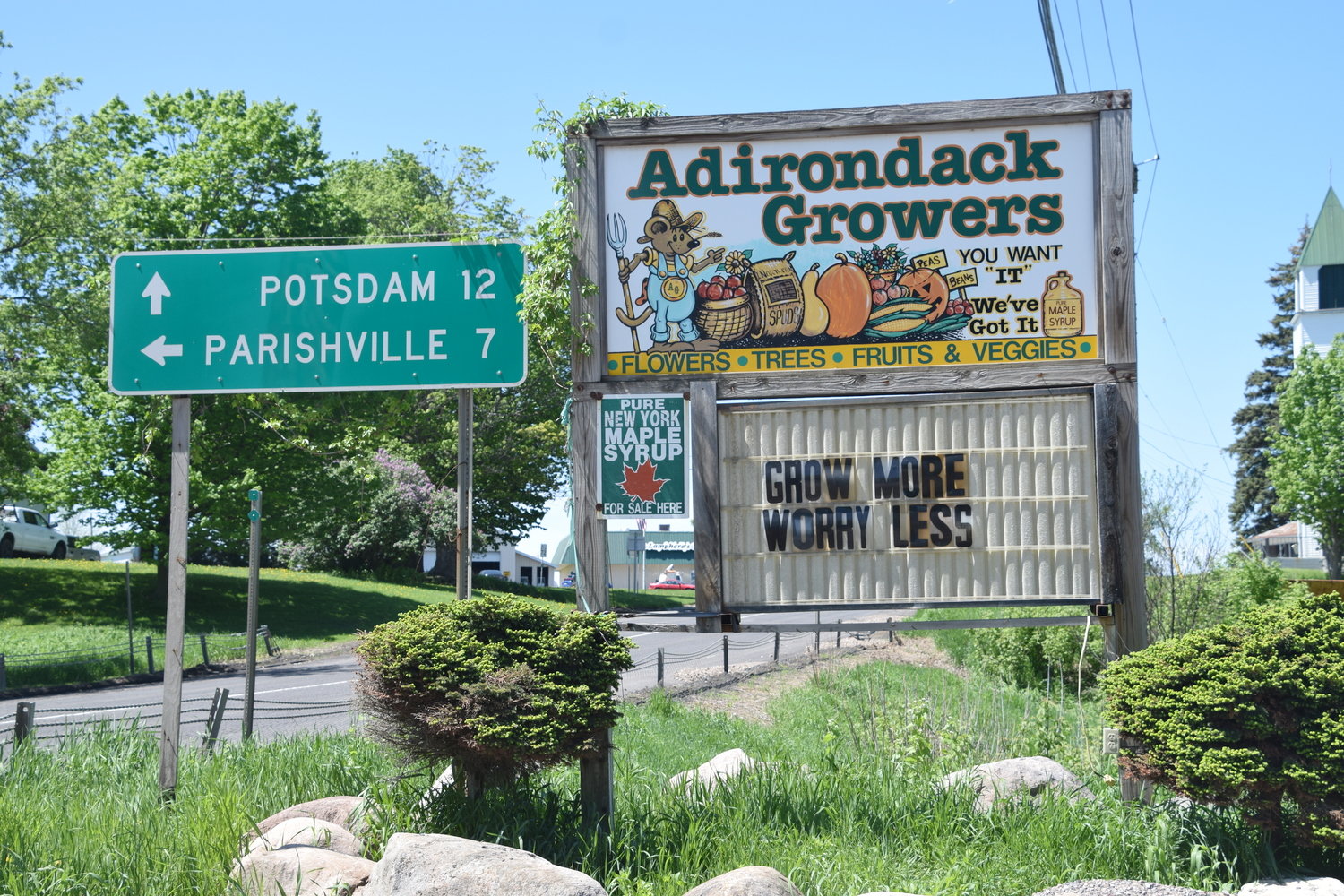 Adirondack Greenhouses, formerly known as Adirondack Growers, is located in Hopkinton, between Potsdam and Malone.
(Photo by Amy Feiereisel) 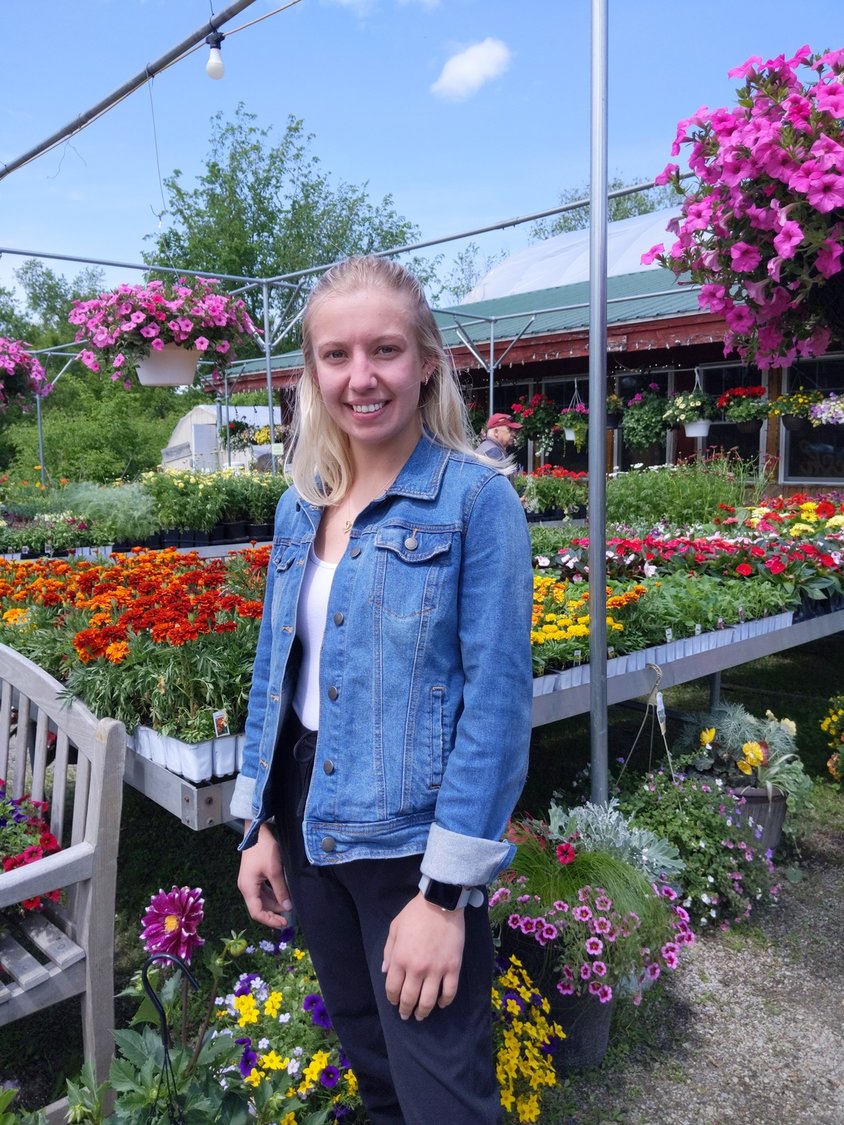 HOPKINTON — Back in the summer of 1998, Stephanie Miller and her boyfriend, Gary Pecore Jr., started selling plants and vegetables from an improvised roadside stand in Hopkinton, the small community halfway between Potsdam and Malone.

“My dad had a garage as a mechanic, and we sold from a picnic table,” Miller said. “We sold out of corn, tomatoes and cucumbers immediately. So we’re like, ‘Okay, maybe this is a good location.’”

From picnic table to business

Stephanie was 19 years old, and Gary was 24. Within the year, they’d built a greenhouse, gotten married in that greenhouse and officially started Adirondack Growers.

“Everyone would say to us, well, you’re in the middle of nowhere,” remembered Miller. “Why would you pick there? So if you picture the North Country, like a wagon wheel, we’re kind of at the center like a spoke, you know. So I think if you build something, people will come.”

And people do come. They’re just off State Highway 11B, on the way to Plattsburgh, Watertown, Malone.

Miller and Pecore kept expanding the store and built six greenhouses next to their family home, where they grow about 75% of what they sell. The displays at the store are constantly changing. Flowers and produce in the summer, apples and pumpkins in the fall, Christmas trees in December.

Love of growing; commitment to local

Twenty-four years later, the store greenhouse is full of summer flowers. Miller said they start a lot of the flowers in January in their greenhouses. “So that’s the fun part. That’s how we make it through the awful North Country winters.”

Miller said she and her now-husband Gary love to grow things. “His heart is really in the farm and the growing end of it. And mine is as well! My favorite thing is to take care of plants. I’m completely obsessed with succulents and houseplants.”

But when most of your inventory is perishable, business is always a bit of a gamble. For example, Christmas trees. “You buy the Christmas trees on speculation,” Miller explained. “You never know how many you’re going to sell; you can lose a tremendous amount of money right away.”

Miller said it’s been a lot of trial and error over the years to figure out how much to buy, and how much to grow. Crops fail, weather is fickle.

When you walk around the store, it feels like you’re discovering it. A little room of jam, side greenhouses with herbs, a cooler of local cheese. A lot of their product is local.

Miller said keeping their supply chain local has really worked out for them. It’s made them resilient over the years, especially during the pandemic, and now, with inflation and rising fuel prices.

“The fuel prices aren’t killing us, because our mile radius is like, you know, like within 100 miles,” she said.

Passing the business to the next generation

Miller said that neither she nor her husband has ever enjoyed the paperwork side of their business. They like to grow and sell things, not write business plans. That’s why she’s so thrilled that their daughter, Lauren Pecore, is taking over.

Pecore said the family business has always been a part of her life. “I learned how to run the credit card machine and cash register at the age of three,” she said, “and then I graduated to a peach crate.”

Lauren is 21 years old now, and she graduated from Clarkson University in Potsdam last year, where she studied business. She officially took over the family business on May 1, under a new name: Adirondack Greenhouses. She said she hadn’t planned on taking over the business, but that she just wasn’t inspired by a lot of the jobs she was applying for.

Updating the business, and making a home

Pecore would like to streamline the business while maintaining the character of the place. At the top of her list is establishing an inventory system. She’d also like to make the business more self-sufficient.

“It’s like we need a thesaurus, based specifically on the things that are in our own heads about the business! I would like to see a time where the three of us could put our phones down and go do something.”

Pecore lives in Potsdam now, and commutes back and forth to Hopkinton; it’s only about a 15-minute drive. She’s still reconciling what it means to take over the family business. She always thought she’d leave the North Country and come back someday. She dreamed of moving to Maine, where her family often vacations.

But in the end, it’s the close-knit community that has kept her here. “There’s the support of it. I mean, if you go, you go down to the city, I mean, even if you go out of your hometown, you generally don’t have a support circle. You don’t have people that are going to be so proud of you and so happy for you. That’s definitely a big factor for me, staying in the business and keeping it going. The amount of people in the community that we serve, and that rely on us.”

Lauren is her parents’ only child, and she said the business has always kind of been like her sibling. Now she’s in charge of it.