Local fire chiefs agree with governor: Volunteer departments could use some help

To combat dwindling numbers of volunteer firefighters across the state, Gov. Kathy Hochul has proposed a pair of options she is seeking to have enacted this year:

Local fire chiefs agree with governor: Volunteer departments could use some help 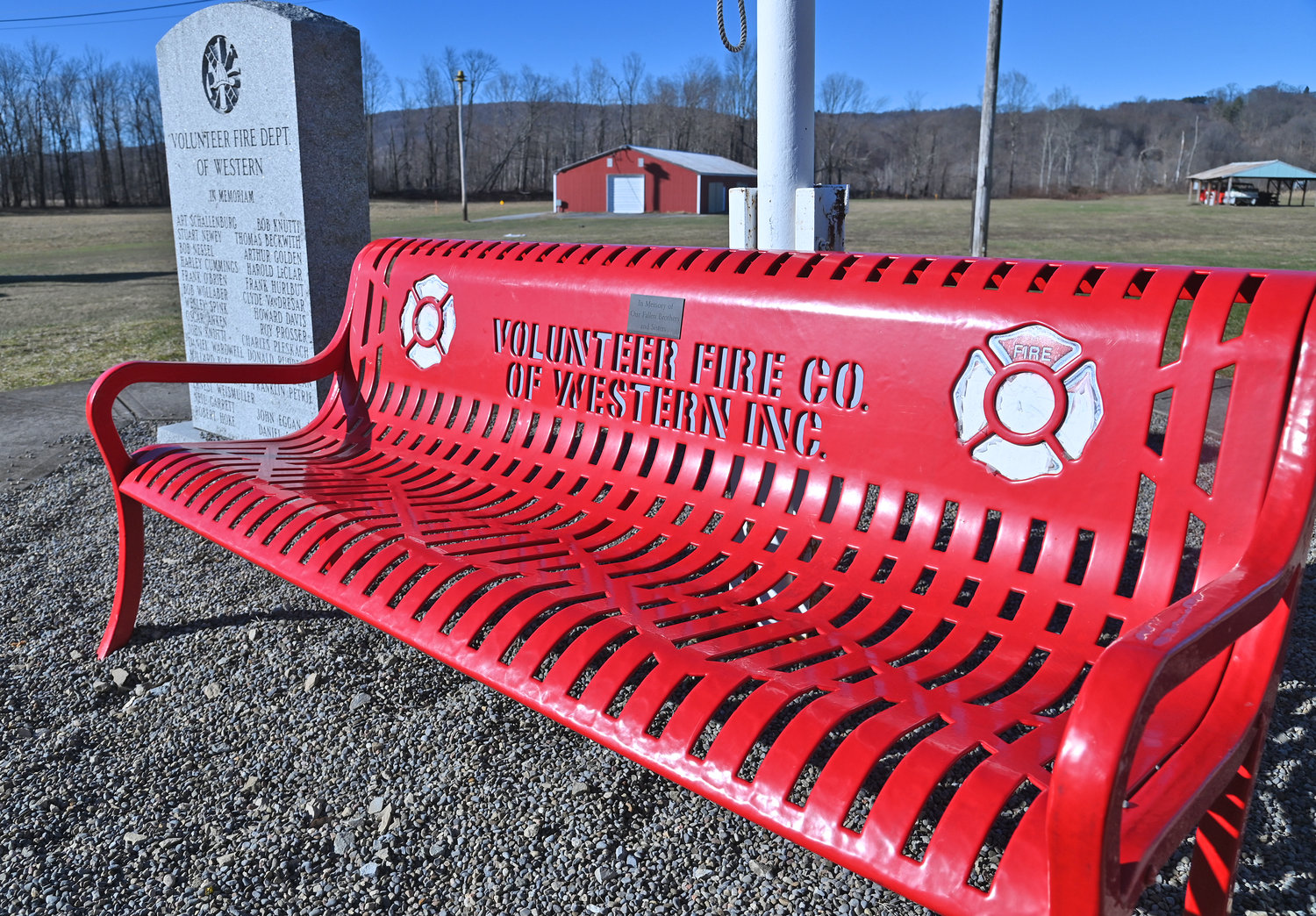 A bright red bench outside the Volunteer Fire Co. of Western’s fire house greets visitors to the Route 46 faciltiy, just north of the hamlet of Westernville. Local fire company officials across the region say they would welcome state efforts to assist in the recruitment and retention of volunteers.
(Sentinel photo by John Clifford) 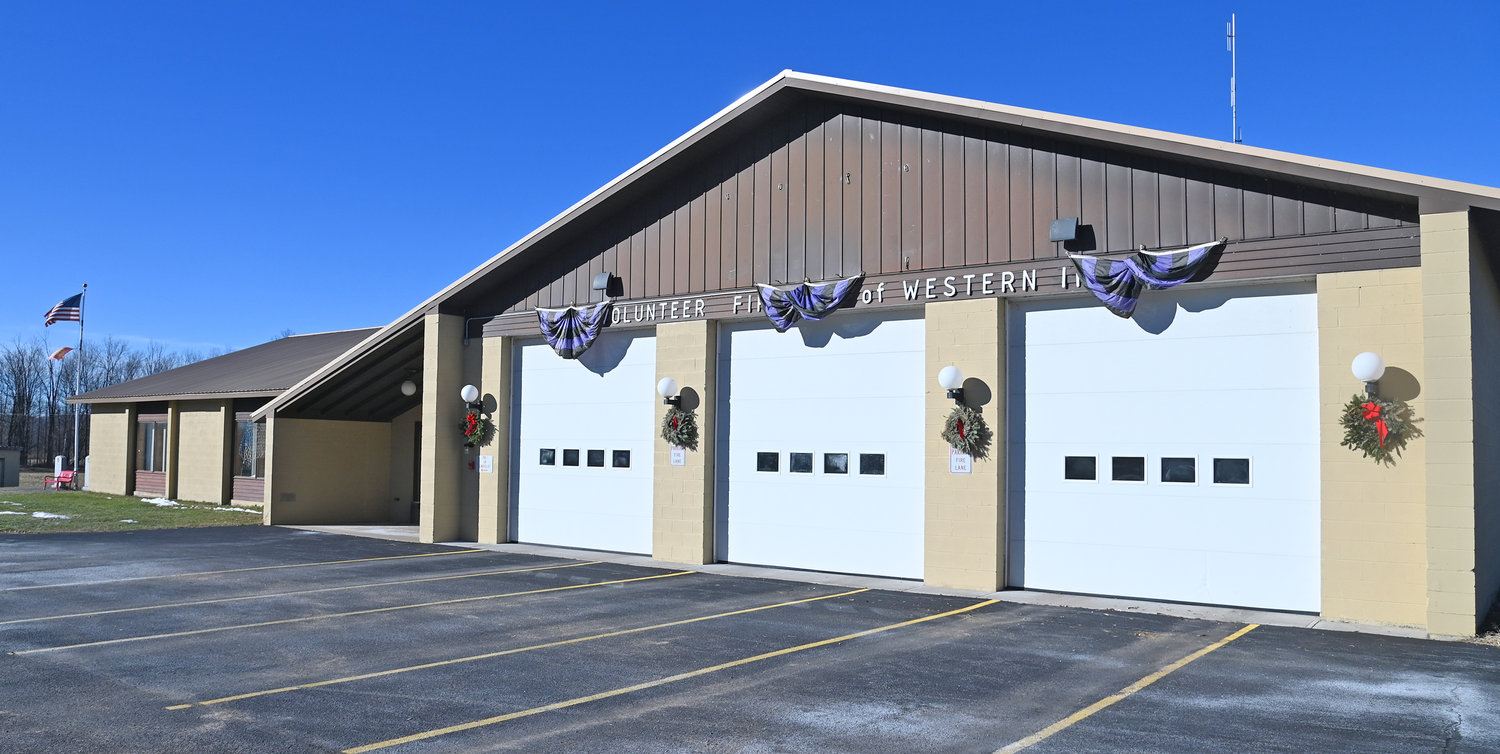 Western Fire Chief Michael Anania is one of several local volunteer fire chiefs who agrees that compensation for volunteers might work to help recruitment and retention, but he's also curious where Governor Kathy Hochul will get the money.
(Sentinel photo by John Clifford)
Previous Next
Posted Thursday, January 19, 2023 9:00 am
Sean I. Mills
Staff writer
email / twitter

To combat dwindling numbers of volunteer firefighters across the state, Gov. Kathy Hochul has proposed a pair of options she is seeking to have enacted this year: Possible compensation for volunteers and also a state stipend after firefighters attend mandated training classes.

Many local volunteer fire chiefs are in favor of compensation, though many questions remain of where that money would come from.

Hochul offered her proposals in her state-of-the-state address earlier this month, saying she would propose legislation this year to allow communities to pay “modest compensation” to eligible volunteer firefighters, which could boost the appeal of volunteering.

Hochul also proposed creating a fund to pay a stipend to volunteers who complete certain foundational training or certification courses for core firefighting responsibilities. This fund would help cover the costs of taking these classes, such as when volunteers have to take time off work to attend.

“Firefighters play an essential role in ensuring public safety. When trouble calls, volunteer firefighters and emergency workers are there to answer,” Hochul said in her speech. “However, the workforce for emergency services is rapidly shrinking, particularly in the fire service.”

According to Hochul, 76% of all volunteer fire departments in New York have reported a decrease in volunteers in the past few years. There were 110,000 volunteers in departments across the state in 1998, down to only about 75,000 in 2021; a drop of 32%. This is compared to a 29% increase in fire incidents between 1997 and 2020, according to the governor’s office.

This all led to a 151% increase in fire departments needing to call mutual aid from neighboring departments between 2000 and 2020, the governor stated, compared to only a 61% increase nationwide in mutual aid calls.

“Anything is going to help. How much it’s going to help, I couldn’t tell you,” said Yorkville Fire Chief Joseph Morosco. “It’s a tough job today, to retain volunteers. They have to go through so much. You’ll get three to join and only keep one. It’s not like it was 46 years ago when I started out.”

Morosco said he was in favor of compensation, and noted some other possible ways to help, like scholarships or having the state pay tuition for volunteers still in school.

Morosco and other local chiefs said that the biggest hurdle to gaining and keeping volunteer firefighters is the amount of time needed to take and complete the state-required training classes. The training can impede on day jobs and family time, making it not worth the trouble for potential volunteers.

“The hardest part to get members is the lengthy time you have to put in for state classes,” said McConnellsville Fire Chief Carl Finen. He said his department has had some good recruitment numbers, but there’s no getting around the time crunch that the state classes add to a person’s daily life.

Other local chiefs said there are still a lot of questions for the governor to answer about where this compensation will come from, whether from the state or from local town and village taxpayers.

“Obviously, I’m all for anything that will help with recruitment and retention. With the state of affairs we’re in right now, anything will help. I would just need to know who is going to fund this effort?” asked Trenton Joint Fire District Chief Kevin Kalk.

He said he is in favor of compensating volunteers, but was worried it might come at the expense of the local community.

“Each municipality, if they had to pay for a fire department in their area, they couldn’t afford it,” said Western Fire Chief Michael Anania, who is also in favor of compensation as a possible recruitment tool. Anania said he would like to see the state or federal government step up and help support local efforts.

“People are getting older and people aren’t volunteering as much as they were before. It’s a struggle for all departments,” Anania stated. “The biggest thing to know is that she (Governor Hochul) recognizes there’s a problem in the fire service.”