The tiny country store known far and wide for penny candy and down-home hospitality is once again back in business, this time under the ownership of a new family. 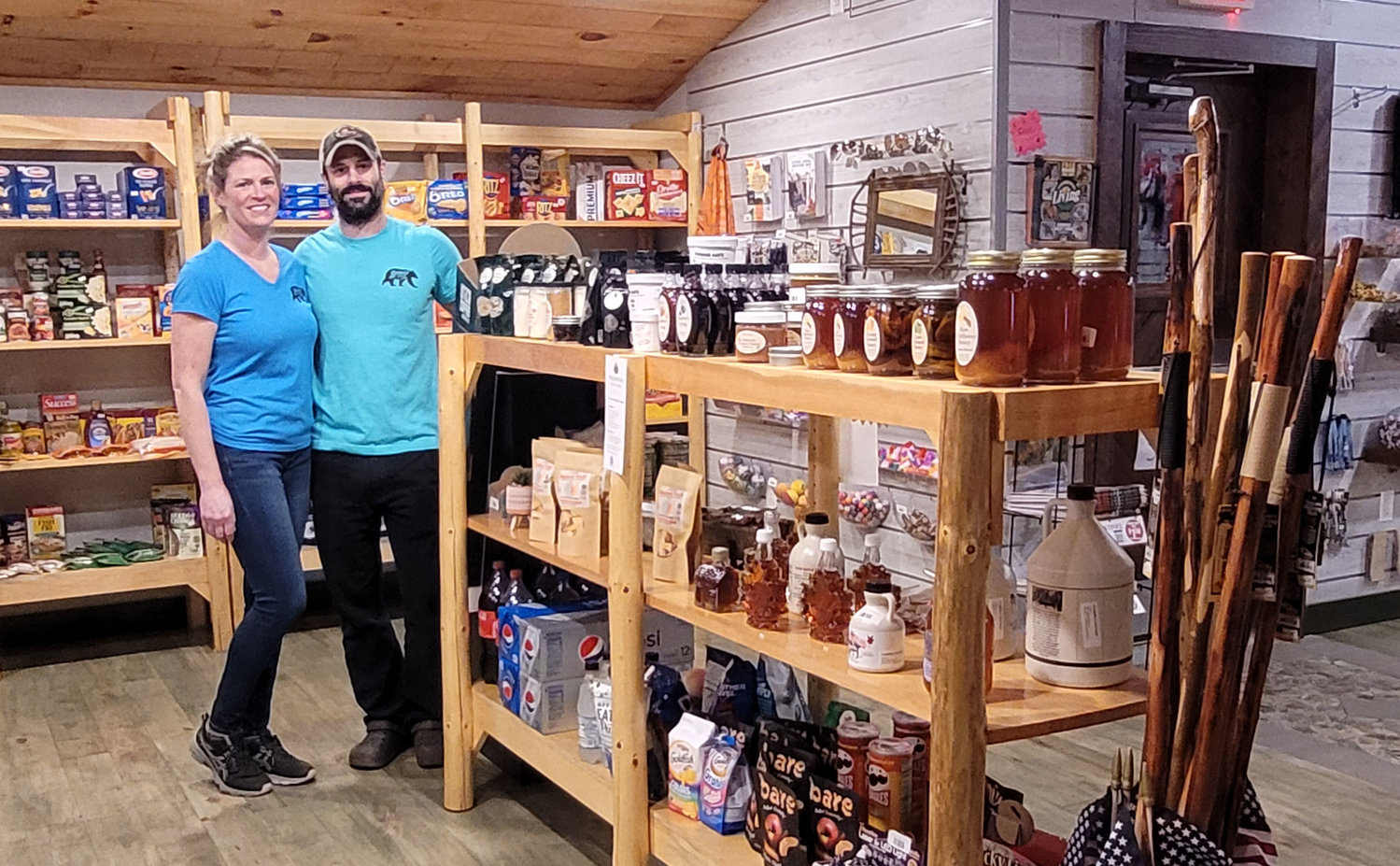 Amy Nelson and Aaron LaBella, both co-owners of Bonnie’s Country Store pause for a photo amid one of the store’s many display areas.
(Sentinel photo by Megan Plete Postol)
Posted Wednesday, December 21, 2022 4:30 pm
Megan Plete Postol, Special to Sentinel Media

FORESTPORT — The tiny country store known far and wide for penny candy and down-home hospitality is once again back in business, this time under the ownership of a new family.

Bonnie’s Country Store, located at 11821 Woodhull Road, is now owned and operated by Amy Nelson and Aaron LaBella. Both have their own cherished memories of riding bikes to visit Bonnie’s when they were kids and now both share a vision for Bonnie’s future.

“We are always looking for ways to improve and make this an even better experience for customers,” LaBella said. “This is a place for our community and we want everyone to feel welcome when they walk through the door.”

Nelson and LaBella strive to support other local businesses and carry a wide variety of local products, including beef, honey, maple syrup and maple products, eggs, and more.

“Bonnie’s is the classic general store that has a little bit of everything,” LaBella said. “it was always our intent to support local businesses where we could.”

Items available at Bonnie’s include but are not limited to grocery staples, beer, camp supplies, candy, dairy, local newspapers, and gift items.

“Anybody can come into Bonnie’s at any moment and find something they might need or might want,” Nelson said.

In addition to general merchandise, Nelson and LaBella have put together a robust deli with a variety of from-scratch specials, including sandwiches, hot dinners, homemade breads, and dessert items such as pies and fudge.

“We have really focused on expanding the deli and offer quality homemade food,” LaBella said. “We want to grow the deli portion.”

There are four generations helping out with the cooking at Bonnie’s, including Nelson’s grandmother, mother, herself, and her daughter. One of the most popular items on the menu is the Poppa, a custom sandwich.

“It is old-school cooking here,” Nelson said. “That is one thing that can’t be replaced.”

Soon to debut in the deli are breakfast sandwich options and pizza.

While Nelson and LaBella share no relation to the original Bonnie, they did seek her blessing when deciding to continue with the name of the store named after her. Bonnie Bauder operated Bonnie’s Country Store in the same location for decades. She was delighted to have Nelson and LaBella continue offering hometown service under that name.

“The response from the community has been overwhelmingly positive,” Nelson said. “This place was closed for so long that when we finally opened so many people came and were so excited to have this place again.”