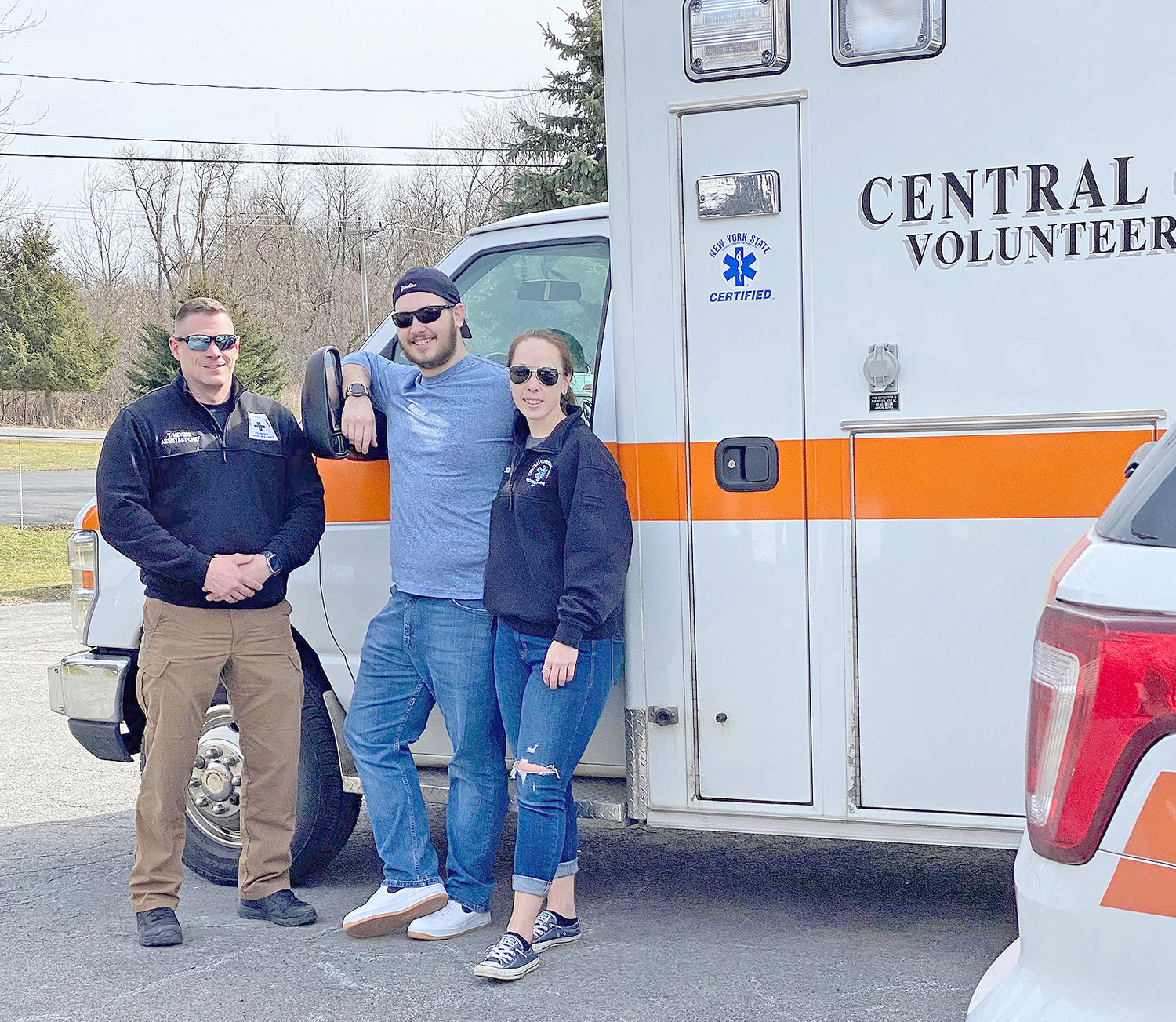 UTICA — A new proposal from state legislators to increase the authority and reach of ambulance crews through telemedicine has the support of local EMS leaders.

Through the proposal, emergency medical services personnel and emergency room doctors can connect via a secure online portal to determine the best course of treatment for a patient after a call to 9-1-1. When an appropriate care team can treat the patient in their home or recommend transport to an alternate site, such as an urgent care center, then it can save much needed space in an emergency department, Buttenschon said.

Similar programs have been piloted in other parts of state and nation with effective results, she added.

Thomas Meyers, chief of EMS for Central Oneida County Volunteer Ambulance Corps, said he is fully behind these pilot programs and is working with Buttenschon to make them a reality. “I personally believe, and there are a few of us, that this is going to be the way of the future,” Meyers said.

COCVAC has been working since April on a pilot program for post-discharge care, in which EMS personnel can make home visits while tele-communicating with doctors after a patient has been released from the hospital. This new initiatives would allow EMS personnel to have these virtual conversations with doctors before any transport takes place, while still in the patient’s home.

“This pandemic really shined a light on how the healthcare system is broken,” Meyers explained.

If ambulance crews can consult with a doctor while at someone’s home, Meyers said it could cut down on the high costs of ambulance transports and emergency room visits. This would also cut down on the workload for hospital personnel.

“Everybody wins,” he stated.

Meyers said the current system is all about ambulances taking people to the ER for everything, even minor medical problems. He suggested a sore tooth as an example, which might leave a patient waiting for hours in a hospital emergency room.

Through this proposed telemedicine portal, the ambulance personnel could treat the sore tooth in the patient’s home, or they could take the patient to an urgent care center instead of a busy hospital.

“Some laws have to be amended and changed to allow certain things” of the new plan to move forward, he said. “We’ve been working very closely with Marianne Buttenschon.”

“Conversations about overcrowding in hospitals and staff shortages have been ongoing for quite some time. With COVID-19 cases spreading rapidly again in the Mohawk Valley, it is important that we find a way to alleviate unnecessary congestion in our hospitals,” Buttenschon said.

“Reducing non-emergency transports to the ER has been proven effective in other communities,” Buttenschon said. “I have spoken with representatives of primary care facilities and EMS providers and they are all interested in developing this type of collaborative and innovative system in the Mohawk Valley.”

Along with this call for the new program, Buttenschon said she wants an EMS representative from the Mohawk Valley to serve on a recently established New York State Rural Ambulance Services Task Force.

Signed into law earlier this month by Gov. Kathy Hochul, the 12-member task force will examine, evaluate, and make recommendations to enhance operations of ambulance services in rural areas of the state. Buttenschon said her office has already received inquiries from members of rural ambulance providers in the Mohawk Valley which are interested in serving on the task force.

When Buttenschon met with local EMS providers, they shared numerous challenges and concerns they are facing, she said, from rising costs to unnecessary transports. All want to provide the best patient care, however, many of these challenges place undue stress on EMS, the assemblywoman said.