Bishop Douglas J. Lucia, of the Roman Catholic Diocese of Syracuse, has joined Catholics worldwide in mourning of the death of Pope-emeritus Benedict XVI, who died on Saturday at age 95. 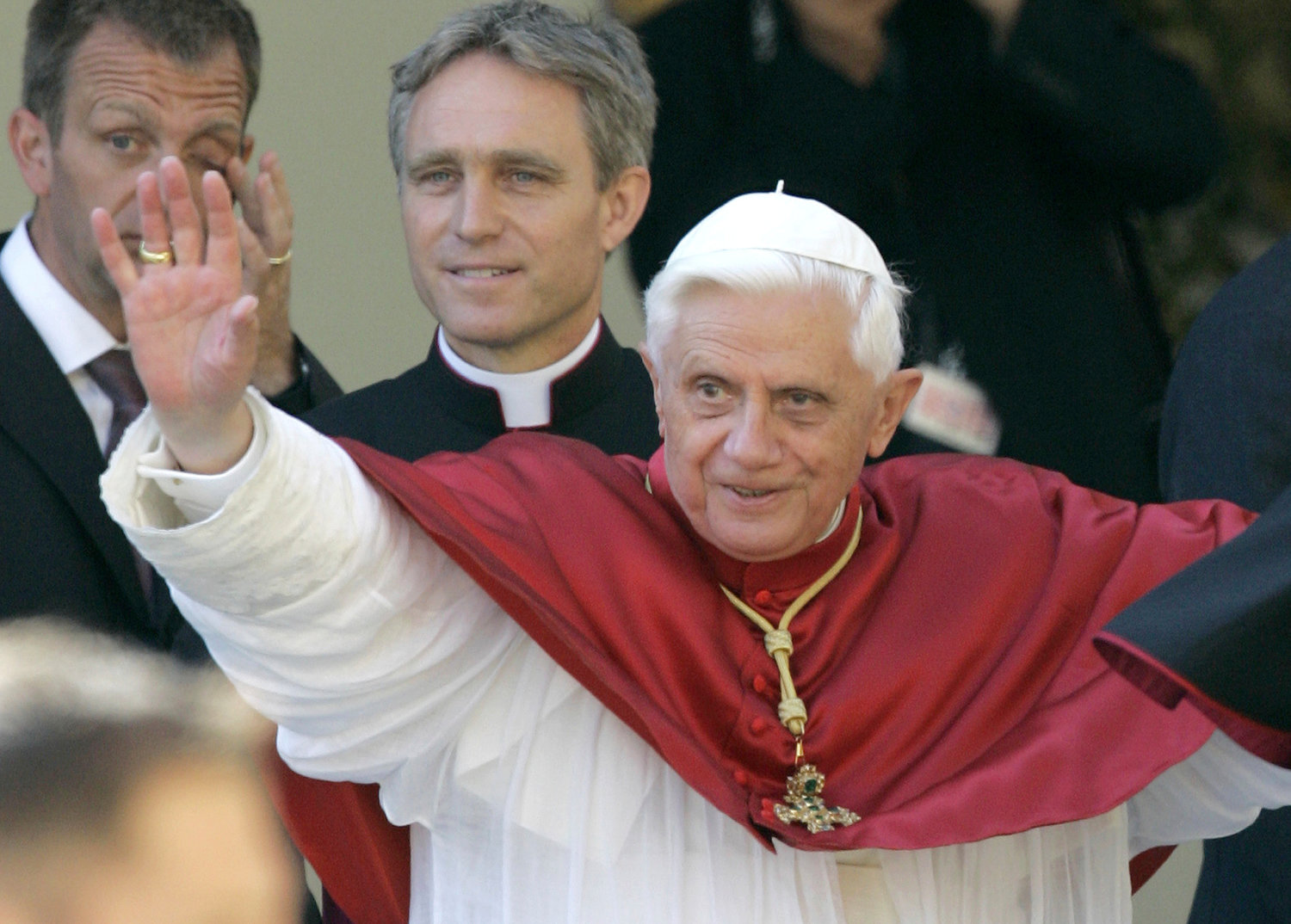 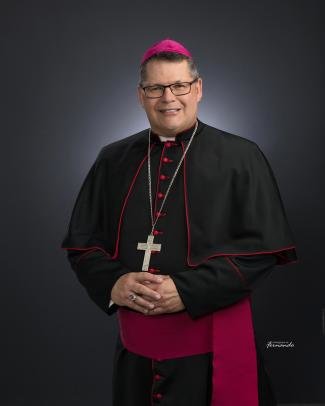 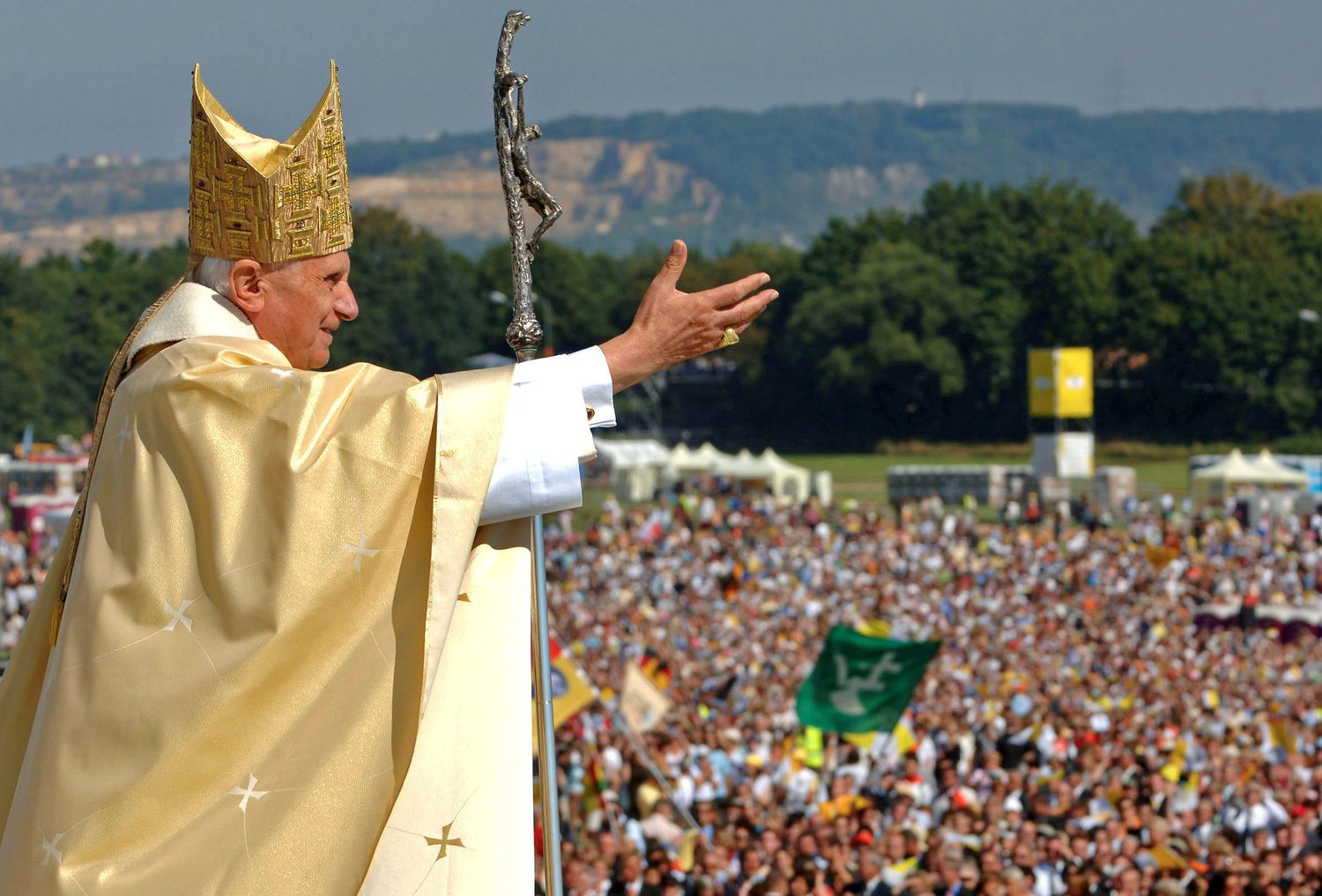 Pope Benedict XVI waves to the crowd at the end of a papal Mass at the Islinger field in Regensburg, southern Germany, some 75 miles northeast of Munich, in this September 2006 file photo.
(AP Photo/Wolfgang Radke, Pool, File) 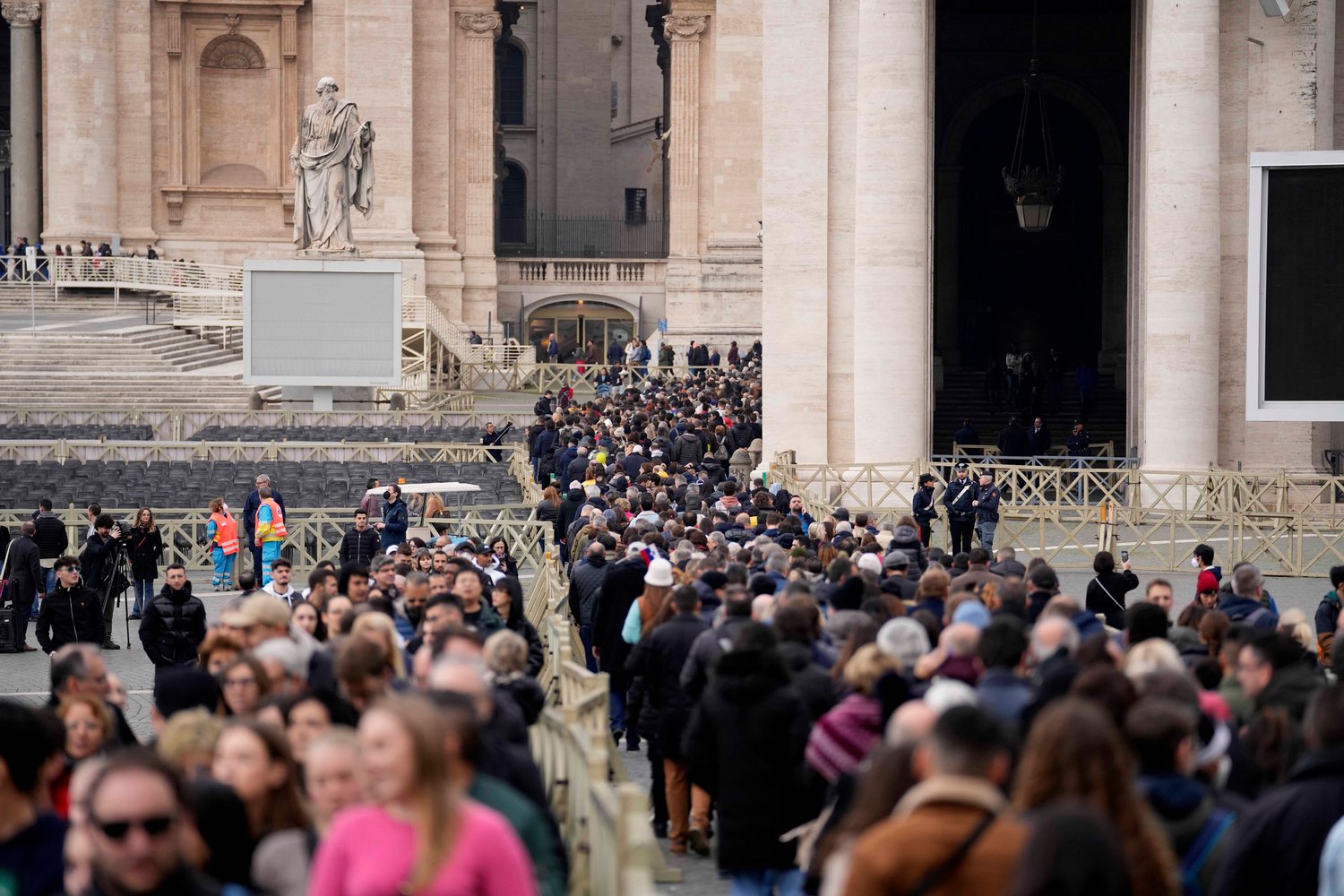 People wait in a line to enter Saint Peter's Basilica at the Vatican where late Pope Benedict 16 is being laid in state at The Vatican, Monday, Jan. 2. Benedict XVI, the German theologian who will be remembered as the first pope in 600 years to resign, died on Saturday. He was 95.
(AP Photo/Andrew Medichini)
Previous Next
Posted Monday, January 2, 2023 4:30 pm

SYRACUSE — Bishop Douglas J. Lucia, of the Roman Catholic Diocese of Syracuse, has joined Catholics worldwide in mourning of the death of Pope-emeritus Benedict XVI, who died on Saturday at age 95.

“In the final hours of 2022, Catholics throughout the world have learned of the death of Pope-emeritus Benedict XVI,” Lucia said in a statement. “Along with Bishop Robert J. Cunningham, our Bishop-emeritus, I join the Catholic community in mourning the passing of the 265th successor of St. Peter whose only desire was to be a ‘humble worker in the vineyard of the Lord.’”

Lucia hailed Benedict XVI’s service in the church, which spanned decades both as theologian and pastor before becoming part of the church’s leadership. The pope-emeritus, the bishop added,”had a key role to play in the Second Vatican Council as theological advisor to the bishops. Yet, the heart of his ministry would focus on being a true icon of Christ, the deacon – Christ, the servant.”

Benedict XVI will be remembered for his humility and service, Lucia said.

“He was very much aware of his own mission to point out Jesus Christ to others, but like John the Baptist he knew he was not the Christ, and like John knew that he must decrease so that Christ would increase in people’s lives (cf. Jn 3:27-36),” Lucia said. “This awareness would lead Benedict XVI to resign his office as Bishop of Rome and Supreme Pontiff because he recognized his own frailty and inability to continue in that role in 2013.”

“The years of his pontificate were troublesome ones in the life of the Roman Catholic Church, but what I greatly admired was the Holy Father’s humility and gentleness – something I witnessed personally when I met him as Cardinal Ratzinger,” Lucia added.

“Even at World Youth Day in Cologne in 2005, I recognized someone who never wanted limelight for himself, but poured himself out in service of all God’s people encouraging them to discover Jesus Christ for themselves and the difference He makes for one’s life.”

“In speaking of this approaching moment in his life, the Pope-emeritus stated: ‘Quite soon, I shall find myself before the final judge of my life. Even though, as I look back on my long life, I can have great reason for fear and trembling. I am nonetheless of good cheer, for I trust firmly that the Lord is not only the just judge, but also the friend and brother who himself has already suffered for my shortcomings, and is thus also my advocate, my Paraclete.’”

Lucia invites others to join him in praying for the repose of the soul of Pope-emeritus Benedict XVI so that “despite the sinful human condition we all share in – he will now come to know firsthand the meaning of the Christmas season we are in….”

Pope Emeritus Benedict XVI ‘s body, his head resting on a pair of crimson pillows, lay in state in St. Peter’s Basilica on Monday as thousands of people filed by to pay tribute to the pontiff who shocked the world by retiring a decade ago.

As daylight broke, 10 white-gloved Papal Gentlemen — lay assistants to pontiffs and papal households — carried the body on a cloth-covered wooden stretcher after its arrival at the basilica to its resting place in front of the main altar under Bernini’s towering bronze canopy.

A Swiss Guard had saluted as the body was brought in via a side door after Benedict’s remains, placed in a van, were transferred from the chapel of the monastery grounds where the increasingly frail, 95-year-old former pontiff had passed away on Saturday morning.

His longtime secretary, Archbishop Georg Gaenswein, and a handful of consecrated laywomen who served in Benedict’s household, followed the van by foot for a few hundred yards in a silent procession toward the basilica. Some of the women stretched out a hand to touch the body with respect.

Before the rank-and-file faithful were allowed into the basilica, prayers were recited and the basilica’s archpriest, Cardinal Mauro Gambetti, sprinkled holy water over the body, and a small cloud of incense was released near the bier. Benedict’s hands were clasped, a rosary around his fingers. By 9 a.m., the doors of the basilica were swung open so the public, some of whom had waited for hours in the dampness before dawn, could pay their respects to the late pontiff, who retired from the papacy in 2013 to become the first pope to do so in 600 years.

Faithful and curious, the public strode briskly up the center aisle to pass by the bier with its cloth draping after waiting in a line that by midmorning snaked around St. Peter’s Square.

Benedict’s body was dressed with a miter, the peaked headgear of a bishop, and a red cloak.

Among those coming to the basilica viewing was Cardinal Walter Kasper, like Benedict, a German theologian. Kasper served as head of the Vatican’s Christian unity office during Benedict’s papacy.

Benedict left an “important mark” on theology and spirituality, but also on the history of the papacy with his courage to step aside, Kasper told The Associated Press.

“This resignation wasn’t a sign of weakness, but a sign of strength, a greatness because he saw that he was no longer up to the challenges of being pope,” Kasper said.

Kasper, who was among the cardinals who elected Benedict to the papacy in 2005, added that the resignation decision gave “a more human vision to the papacy: that the pope is a man and is dependent on his physical and mental strengths.”

Twelve hours of viewing wre scheduled for today and Wednesday before Thursday morning’s funeral, which will be led by Pope Francis, at St. Peter’s Square.

As Benedict desired, the funeral will marked by simplicity, the Vatican said when announcing the death on Saturday.

On Monday, the Vatican confirmed widely reported burial plans. In keeping with his wishes, Benedict’s tomb will be in the crypt of the grotto under the basilica that was last used by St. John Paul II, before the saint’s body was moved upstairs into the main basilica before his 2011 beatification, Vatican spokesman Matteo Bruni said.

With an organ and choir’s soft rendition of “Kyrie Eleison” (“Lord, have mercy” in ancient Greek) in the background, ushers moved well-wishers along at a steady clip down the basilica’s center aisle and then nudged them gently forward, saying, in Italian, “avanti” (keep going) to keep the pace brisk. Someone left a red rose.

A few VIPs had a moment before the general public to pay their respects, including Italian Premier Giorgia Meloni, the far-right leader who in the past has professed admiration for the conservative leanings of Benedict.

Italian President Sergio Mattarella also came to view the body. The Vatican has said only two nations’ official delegations — from Italy and from Benedict’s native Germany — were invited formally to the funeral, since the pope emeritus was no longer head of state.