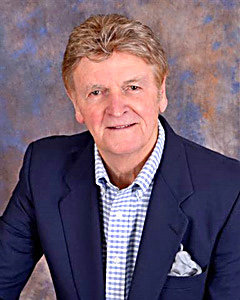 Novels and short stories by Fields have been available on Amazon, Barnes and Noble, and the Apple iStore since the author’s first novel, “Letters to Lyla,” was published in 2012. His titles, beginning with “Rascal and Bandit,” will now be available in the local author section of Keaton and Lloyd.

Keaton & Lloyd is Rome’s independent bookshop, owned by Julie Whittemore, offering a wide variety of literature and “bookish goods” for teens and adults.

“Rascal and Bandit” is the story of the rescue and release to the wild of two baby raccoons discovered and nurtured by Ron and Jane Barnes at their home in the Adirondacks. Subtitled, “A Summer of Love in the Adirondacks,” the story has been described by critics as an “entertaining and humorous tale for nature enthusiasts and animal lovers.” These two baby raccoons, coupled with clever writing of the dialog, has been known to capture the reader’s heart.

Following a successful career as an Air Force officer, Fields pursued a business career focused on the development of new products for the communications industry. After his retirement from business in 1999 he launched a career as a freelance writer, according to his biography on his author website, www.bobfieldsbooks.com. His early work appeared in regional magazines, company oriented newsletters and blogs related to the environment.

Encouraged by editors and peers, he began work on his first book — a memoir titled, “Letters to Lyla,” a story of a boy coming of age in the 1940s. That book was followed by another memoir, “Letters to Savanah Belle.” His first novel, “Rendezvous with Destiny,” was published in May 2015.

He has several short stories published as eBooks. They are marketed by Barnes and Noble, Kindle and SMASHWORDS.

The depth of research that goes into the creation of books by Fields is evident in the compelling and authentic telling of his stories, critics have said. Fields said he is not “hemmed in” by the facts, but rather uses those facts as a means of letting his imagination create multi-layered and emotionally satisfying stories. Fields dips into his life experiences in war, business, travel and Northern Maine roots to create provocative characters.

A graduate of the University of Chicago Graduate School of Business, Fields lives and writes from his restored 1809 home in Westernville where he, his wife Janice, and three children operated a Quarter Horse Training Facility for several years.

Fields said he appreciates Rome is now home to a local book shop that supports local authors, as well as the needs of local readers.

“The opening of the Keaton and Lloyd Book Shop is yet another gratifying example of how Rome has recovered from the loss of the Air Force Wing,” said Fields. “The Art District of downtown will stimulate further interest in Rome. For me personally, I no longer need to travel to Utica to browse new titles.”