Local activist camps out to draw attention to homelessness

ONEIDA — Melissa King, director of Karing Kitchen, set up her tent outside of the First United Methodist Church on Friday. The effort was part of her annual sleep-out to raise homelessness …

Local activist camps out to draw attention to homelessness 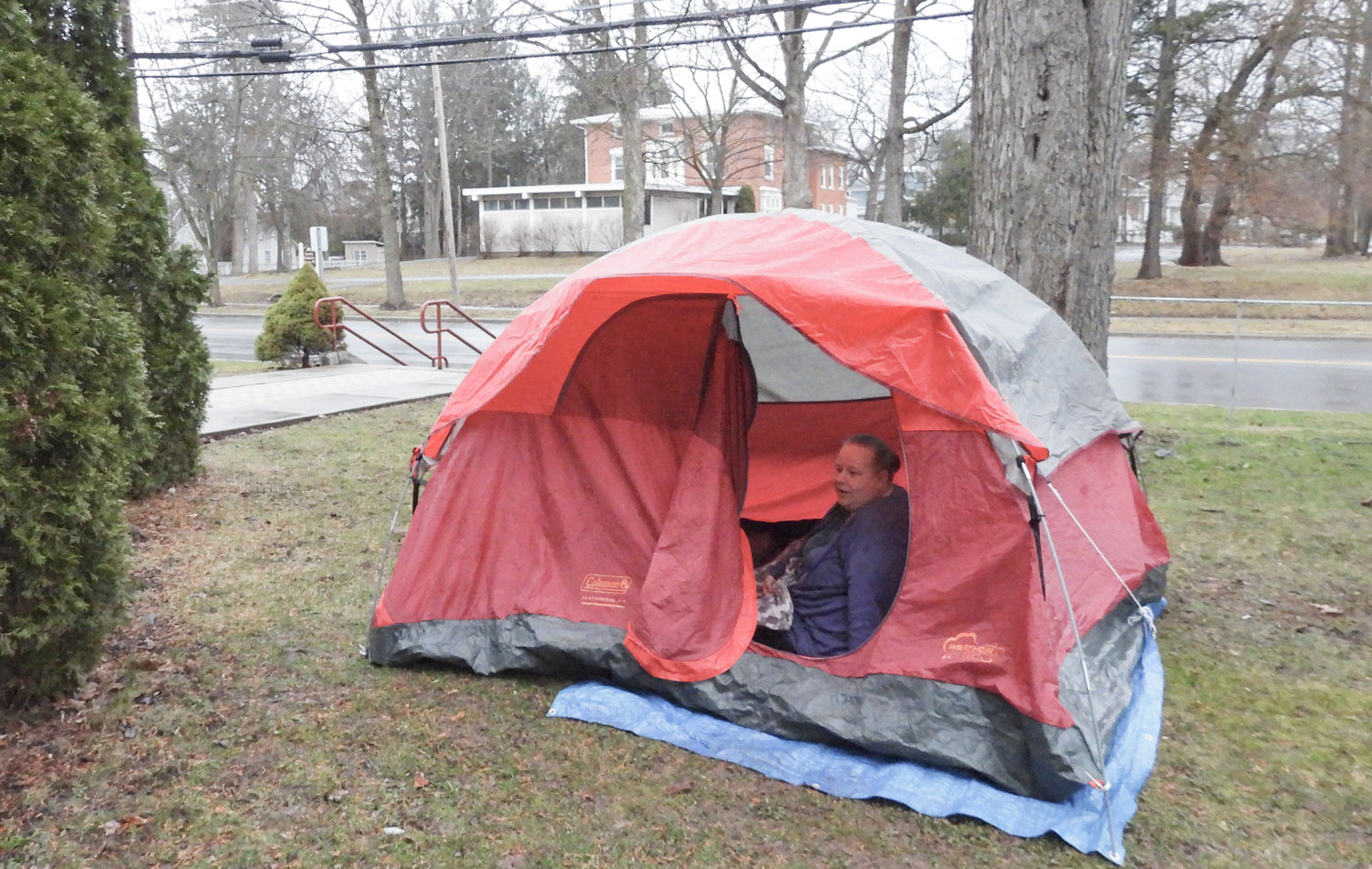 COLD NIGHT — Karing Kitchen Director Melissa King prepares for her annual sleep-out to raise awareness for the plight of the homeless. King does this during winter, when the nights are the coldest.
(Sentinel photos by Charles Pritchard) 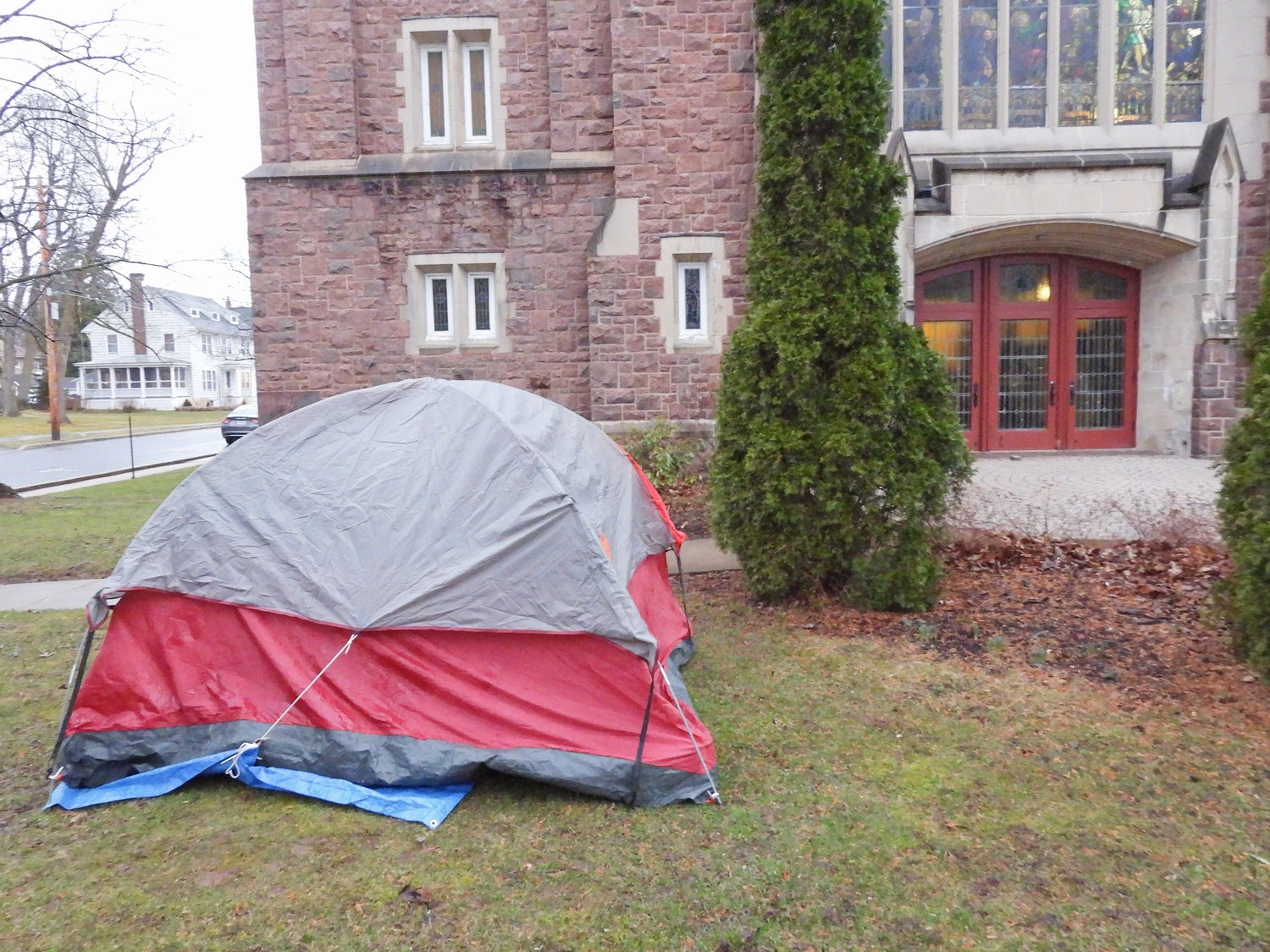 HOMELESSNESS AWARENESS — Karing Kitchen Director Melissa King prepares for her annual sleep-out to raise awareness for the plight of the homeless. 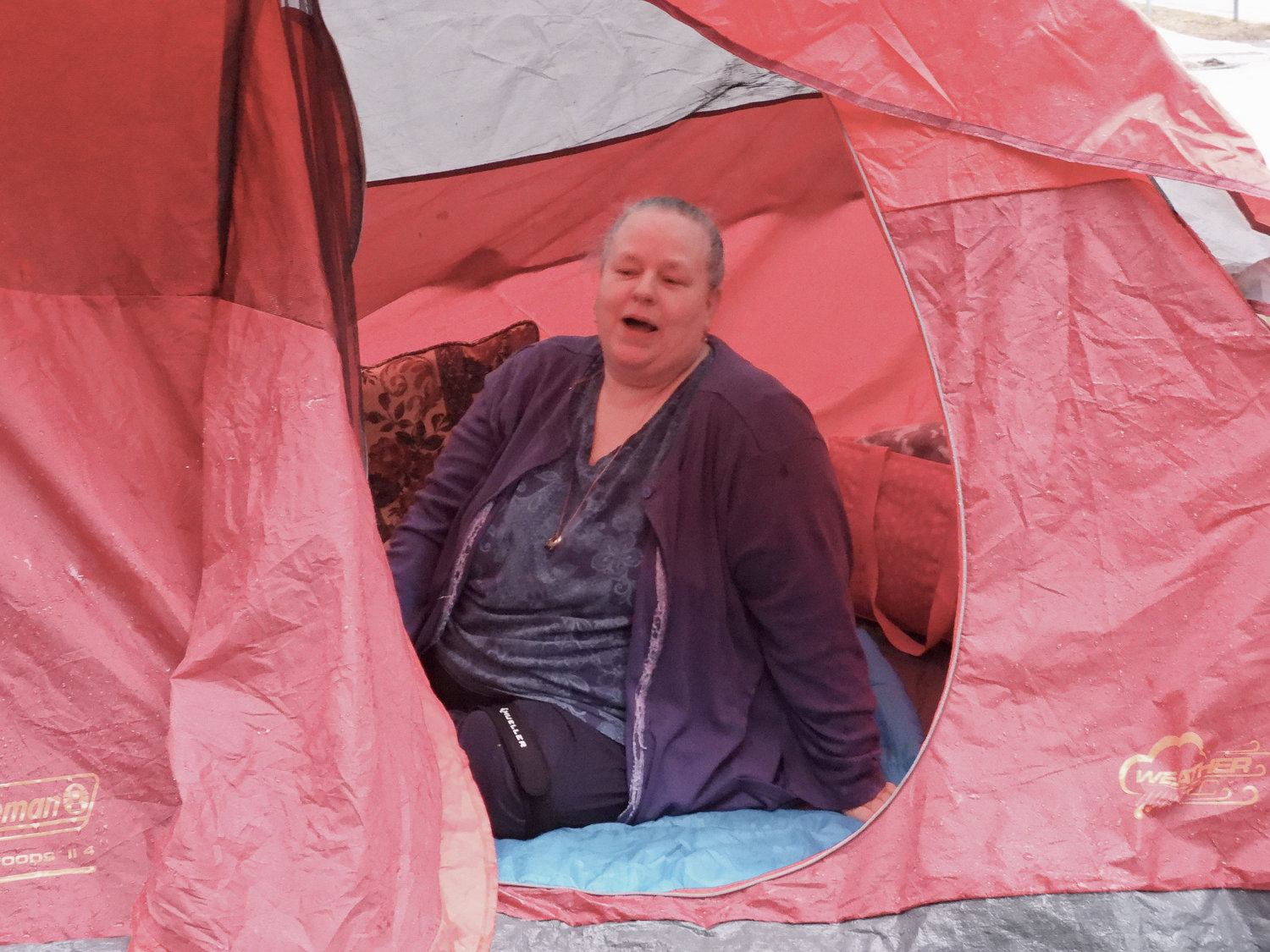 ONEIDA — Melissa King, director of Karing Kitchen, set up her tent outside of the First United Methodist Church on Friday. The effort was part of her annual sleep-out to raise homelessness awareness. For years, King has camped out overnight in the same conditions the homeless face every day in an effort to raise awareness and start a conversation. And the aftershocks of the pandemic have only made the plight of the homeless worse as businesses shutter their doors.

“The reality is that so many people didn’t choose to lose their jobs or have their hours cut,” King said. “Look at Barbano’s Liquor Store — they’re liquidating and selling the building. They’re open four hours a day, four days a week.” King added that the loss of hours couldn’t be easily budgeted for.

“So many families live paycheck to paycheck,” she said. “We’re not where we need to be. We’re not back to normal. And homelessness has only increased.”

On top of this, the eviction moratorium was lifted, adding to the problem as people are forced from their homes with nowhere else to go.

“You had people trying to make due,” King said. “There were those who said people were ‘gaming the system,’ but the ones I worked with weren’t. Reality was just hard for them. I still know people who aren’t back to their normal jobs from when COVID hit.”

According to an article by the Associated Press, homelessness jumped 35% in two years in Arizona’s Maricopa County, citing economic hardships caused by COVID-19.

And those who have caught COVID-19 are facing new hardships as the virus leaves lasting damage and limits their choices for employment.

King said she knew someone who caught COVID-19 three times and is now a “Long-Hauler.” John Hopkins Medicine said the official name is “post-acute sequelae of SARS-CoV-2” and refers to people living with permanent damage to their bodies due to COVID-19. This manifests in multiple ways, from breathing issues, heart problems, kidney damage, neurological problems, and more.

“[They] can’t work the way they used to,” King said. “They’ve told me they could sleep for 24 hours, and it doesn’t make a difference. They’re still tired and can’t work a regular job like they want to.”

Madison County doesn’t have a homeless shelter. King encouraged people to consider the homeless population in Madison county, the greater Oneida area, and beyond. She challenged people to start the conversation.

“Ask a friend, a family member if they have ever worried about paying their rent or their mortgage,” she said. “Let’s start the conversation.”