LEE — The Lee Town Board is considering options after Lee Water Superintendent Joshua Szyper took a job with the city of Rome. Szyper will resign as water superintendent effective Jan. 21. Szyper … 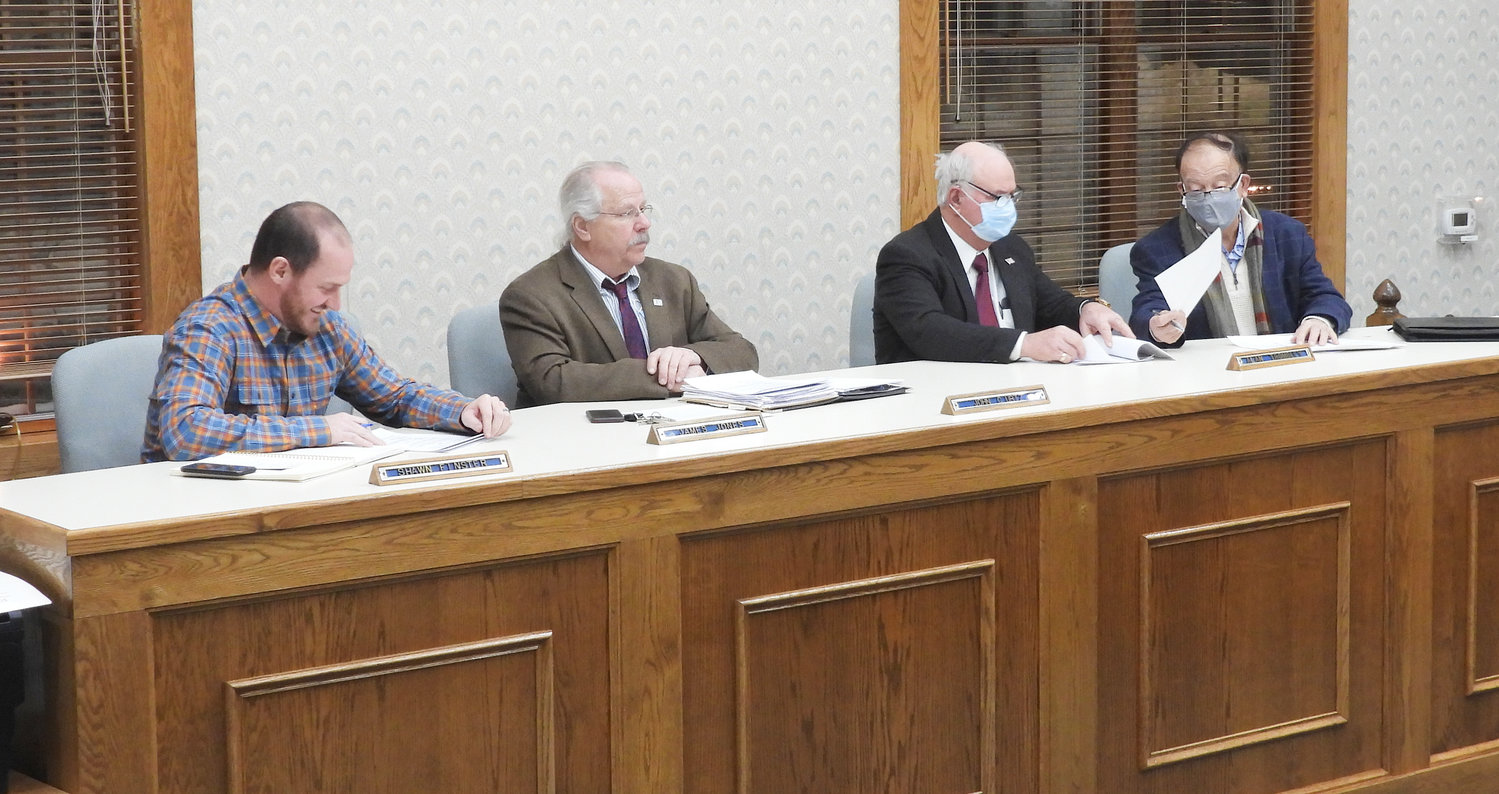 BOARD MEETING — The Lee Town Boards for its regular meeting on Tuesday, Jan. 11. Among topics covered was the resignation of Lee Water Superintendent Josh Spyzer and how the town will move forward in finding a replacement.
(Sentinel photo by Charles Pritchard)
Posted Thursday, January 13, 2022 10:30 am
Charles Pritchard
Staff writer
email

LEE — The Lee Town Board is considering options after Lee Water Superintendent Joshua Szyper took a job with the city of Rome.

Szyper will resign as water superintendent effective Jan. 21. Szyper spoke with town board ahead of time about his resignation. The town board were in agreement that while it was sad to see Spyzer go, they couldn’t hold him back.

“You can’t hold someone back or keep someone from bettering themselves,” Councilor Shawn Finster said. “Moving forward, he has offered to become a part-time employee and do whatever he can for us on the weekends.”

Lee Supervisor John Urtz said he’d rather move forward to look for a replacement for Spyzer, whose 2022 salary was to be $56,175. The decision on a replacement would come down to whether the town hires in-house or advertises the position.

“We have to work something out,” Urtz said. “Josh is going to be a busy person... He’s going to be overseeing water and sewage in Rome.”

“It would be beneficial to keep [Spyzer] involved,” Finster said. “He’s an asset. Josh knows our water system.”

The Lee Town Board tabled the decision on whether to look in-house or advertise the position for a meeting at a later date.

The town of Lee is going forward with the construction of its new tennis courts at the town park.

Finster said he met with a representative of the Mohawk Valley Economic Development Council, who said there was a large amount of grants out there with New York state.

“We might be able to find a grant for the tennis courts or the walking path,” Finster said. “All of it seems eligible.”

Matching grants are awards in which state or local governments have to contribute a set amount of funds to a project and will be matched by the grant-giver, usually in a 1:1 or 2:1 ratio.

Urtz said the money is already there and ready for both the new tennis courts and the walking trail.