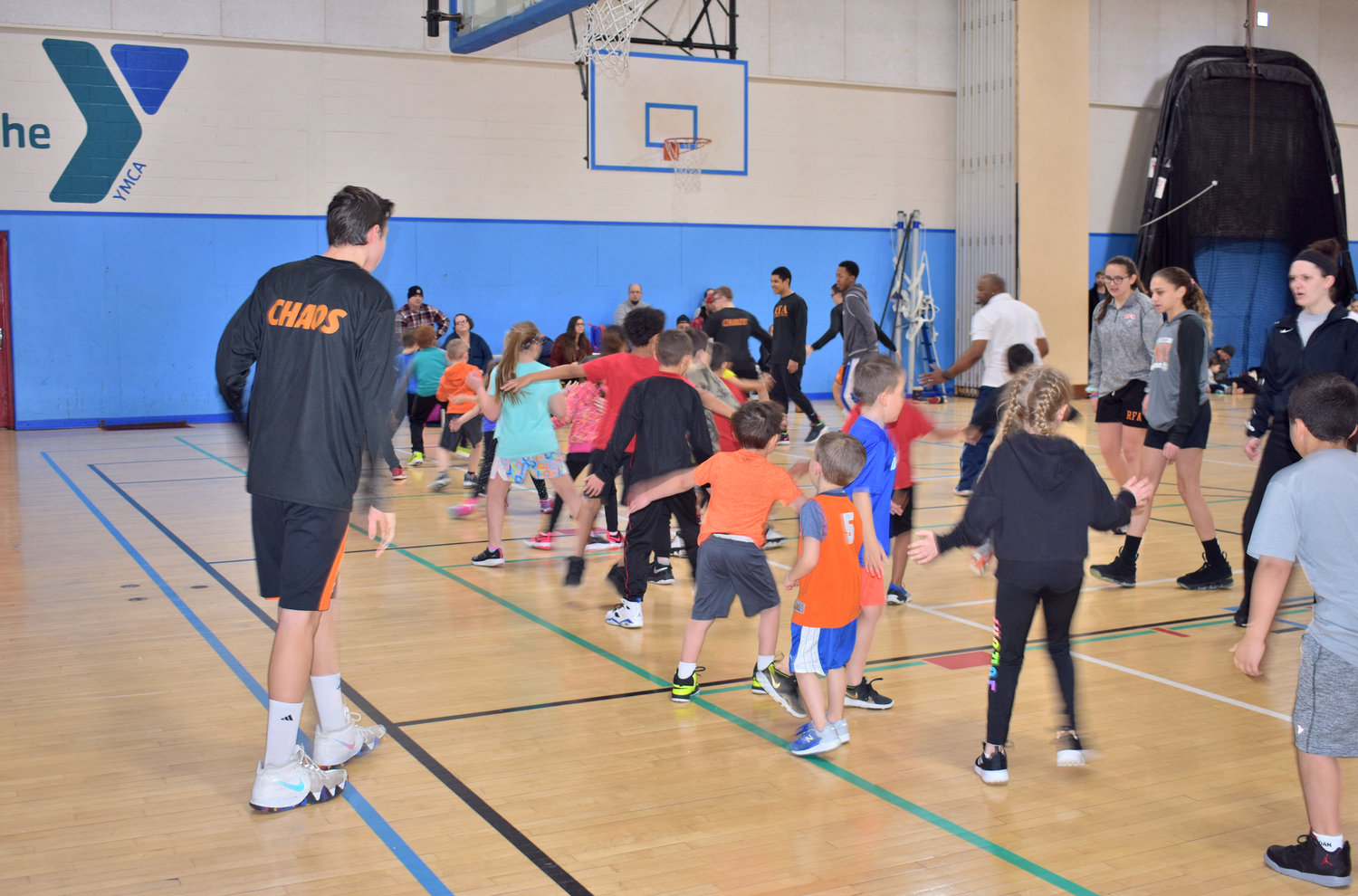 The Rome Family YMCA has been running a learn-to-play basketball clinic for local youngsters in kindergarten through second grade for the past eight years.

The purpose of the clinic is to give these youngsters, in many cases their first experience with basketball, said YMCA Multi Team Leader Bruce Hairston, with the goal of helping participants to have fun and learn some basic basketball skills.

Hairston has been running and overseeing the clinic for the entire eight years with help from Alyssa Lubeck, a former Rome Free Academy girls varsity player. In previous years, Hairston has solicited volunteers from the girls and boys program but this year the turnout was much larger from both programs.

The multi team leader believes the big outpouring of volunteers “is due to the top down leadership in both programs.”

“Boys varsity coach Nick Medicis and JV coach Jason Rutherford have been instrumental this year and has instilled the need to volunteer and give back with their players,” Hairston said.

“The same can be said for the girls varsity coach Al Bevilacqua and the JV coach Ashley Lewis. They have been just as helpful as the boys coaches this year getting their players to volunteer,” Hairston added.

“This story highlights a very positive thing in the Rome community and how working together and understanding the impact you can have on our youth, plays a large role in their development,” Hairston added. “It also gives these young kids something and someone to aspire to as they see what is possible,” he added.

Hairston explained that some of the current high school players were in this or a similar clinic coached by him.

“It’s really watching everything come full circle,” Hairston said, adding that his hope is to mentor new Family Services Director Kaysie Gregory and turn the reins over to her next year.