Golf has recently provided Lauren Cupp with some quality experiences. Take the last few days for the New Hartford native and Hamilton College golf coach, for the example. 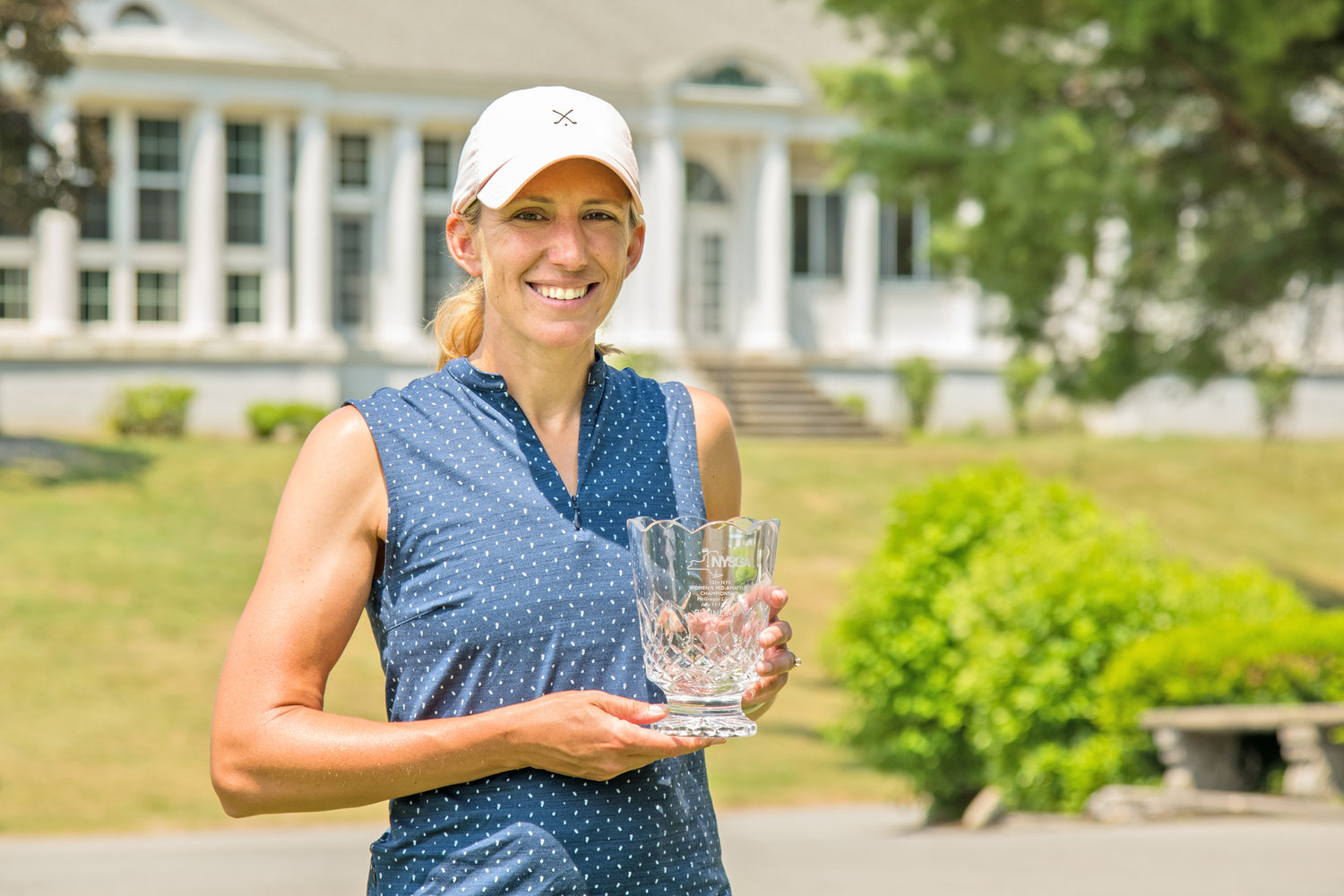 Golf has recently provided Lauren Cupp with some quality experiences.

Take the last few days for the New Hartford native and Hamilton College golf coach, for the example.

“It was just a really quick turnaround. I really wanted to support the (New York) state event. It is something I really enjoy playing in,” said Cupp, who won the 2017 Women’s Mid-Amateur event. “We flew in Sunday night with the kids at about 1:30 (a.m.) into Syracuse. I drove (a few) hours to Saratoga and slept for a couple hours. I teed off early (Monday) morning with no practice round. I missed the practice round the day before.”

The 37-year-old Cupp, playing out of New Hartford’s Yahnundasis Golf Club, didn’t know what to expect for the tournament.

“Sometimes no expectations is a good thing,” Cupp said Wednesday with a laugh.

She ended up in a battle with Oak Hill Country Club’s Christy Schultz into the second round Tuesday at McGregor Links Country Club in Wilton.

Cupp was one shot off the lead going into the final round and kept it close, but Schultz pulled away on the back nine Tuesday. Schultz shot a one-under par 71 in the second round and finished with a one-over 145 for the tournament.

Cupp had rounds of 75 and 79 for a two-day total of 154 to finish second. It is the second time in as many years that Cupp has finished behind Schultz, who won in 2021.

“I was able to get around the course pretty well, especially without seeing it. It is a real thinker’s course with a lot of trouble on it. I was pretty happy with my first round,” Cupp said. “The second day, I got the ball in the hole pretty well the first nine. And then I ran out of gas on the second nine. I stopped making putts and it led to a string of bogeys that cost me the tournament, really. … It was pleasure to play in the final group.”

Cupp said she tries to play nine rounds of speedgolf every day. She’s married to Wes Cupp, who is the owner of the Rome Country Club and is Director of Business Development for the Sentinel Media Company.

Is there a mindset change when she has to go from speedgolf to traditional golf?

“I do really feel like I have to flip a switch,” Cupp said. “Otherwise I get frustrated with slow golf. Speedgolf is really golf played at a more modern pace. It still the same sport, which is good. I will say I have played more speedgolf than I have this summer. It just been what I’ve been focusing on. There were a lot of times during the round (Tuesday) where I wish I had fewer clubs in my bag. Because I couldn’t decide between the two and that leads to off swings. Whereas in speedgolf, you only have a couple clubs to choose from and you take the best swings you can.”

Cupp’s golf prowess is set to be featured on CBS Saturday Morning with Dana Jacobson this weekend. The show is scheduled to air from 7 a.m. to 9 a.m.

A CBS crew and Jacobson recently spent two full days with Cupp for the story.

“She was so awesome and so down-to-earth. She seemed genuinely interested in speedgolf and my story. It was a really cool experience,” Cupp said.

Cupp, who earned New England Small College Athletic Conference coach of the year honors in May, said she’s been lucky.

“I’ve been able to travel to a lot of cool places and meet some really notable people,” Cupp said. “I’ve tried to continue to ride the wave and try to grow the sport of speedgolf and regular golf, especially for women and juniors.”

The next speedgolf event is closer to home in Rome. It is scheduled for Aug. 7-8 at Teugega Country Club and Rome Country Club. For information on how to sign up or volunteer, visit speedgolfusa.com.