A milestone environmental measure designed to tap the brakes on the spread of cryptocurrency mining operations burning fossil fuels in New York has passed the state Legislature. 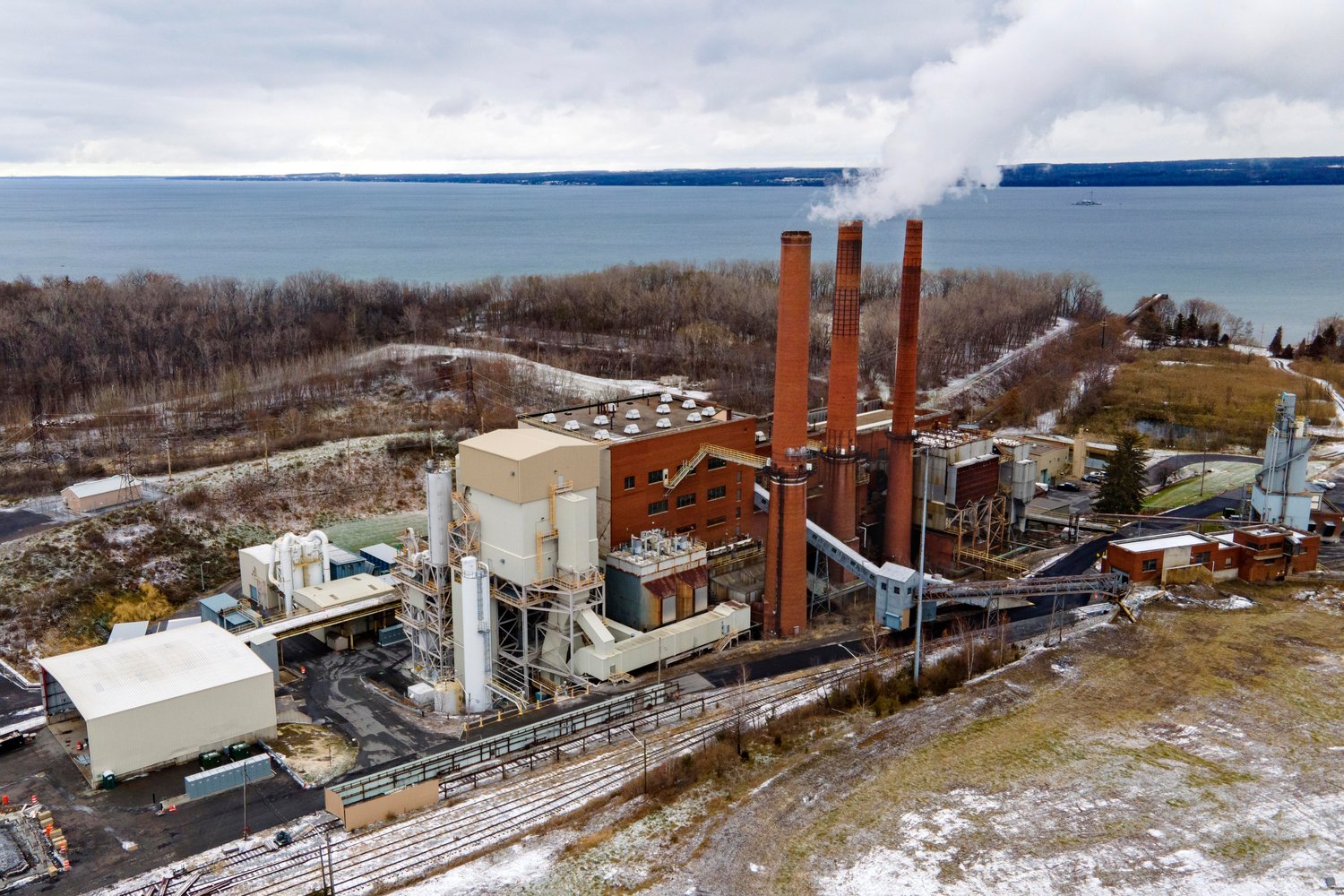 The Greenidge Generation bitcoin mining facility, in a former coal plant by Seneca Lake in Dresden, New York, is shown in this photo from Nov. 29, 2021. A milestone measure that would tap the brakes on the spread of cryptocurrency mining operations burning fossil fuels in New York has passed the state Legislature.
(AP Photo/Ted Shaffrey, File)
Posted Friday, June 3, 2022 2:59 pm
Associated Press

ALBANY —  A milestone environmental measure designed to tap the brakes on the spread of cryptocurrency mining operations burning fossil fuels in New York has passed the state Legislature.

The closely watched bill approved early Friday by the state Senate would establish a two-year moratorium on new and renewed air permits for fossil fuel power plants used for energy-intensive “proof-of-work” cryptomining. Proof-of-work is the blockchain-based algorithm used by bitcoin and some other cryptocurrencies.

The bill, which supporters say is the first of its kind, now goes to Democratic Gov. Kathy Hochul for consideration. The governor has said she want to make sure any legislation balances economic and environmental concerns.

Environmentalists who lobbied for the bill said natural gas-burning power plants being used for cryptomining operations threaten the state’s ability to meet is long-term climate goals.

“Governor Hochul signing this legislation sends a signal that New York state is serious about meeting its climate mandates. It shows us that we cannot be re-powering fossil fuel power plants for the purposes of private gain in New York, especially as we’re looking to move away from fossil fuels entirely,” said Liz Moran of Earthjustice.

Moran said there are potentially dozens of fossil fuel plants in New York that could be converted into mining operations.

Supporters of the cryptocurrency industry said the measure would crimp economic development in New York. The Blockchain Association, an industry group, said it would simply prompt mining operations to move to other states.

Cryptocurrency mining requires specialized computers that consume huge amounts of energy. One study calculated that as of November 2018, bitcoin’s annual electricity consumption was comparable to Hong Kong’s in 2019, according to the U.S. Energy Information Administration. Some miners are looking for ways to reduce their reliance on fossil fuels to produce the necessary electricity.

A coalition of environmental groups has separately been urging the Hochul administration to deny the air permit renewal for Greenidge Generation in the Finger Lakes, which also produces power for the state’s electricity grid. A decision could come at the end of the month. This measure, if signed into law, would not affect pending applications like the one from Greenidge.

The measure also would require the state Department of Environmental Conservation to perform an environmental impact assessment on how cryptomining affect the state’s ability to meet its climate goals.

The bill passed the Assembly, the Legislature’s lower chamber, in April.