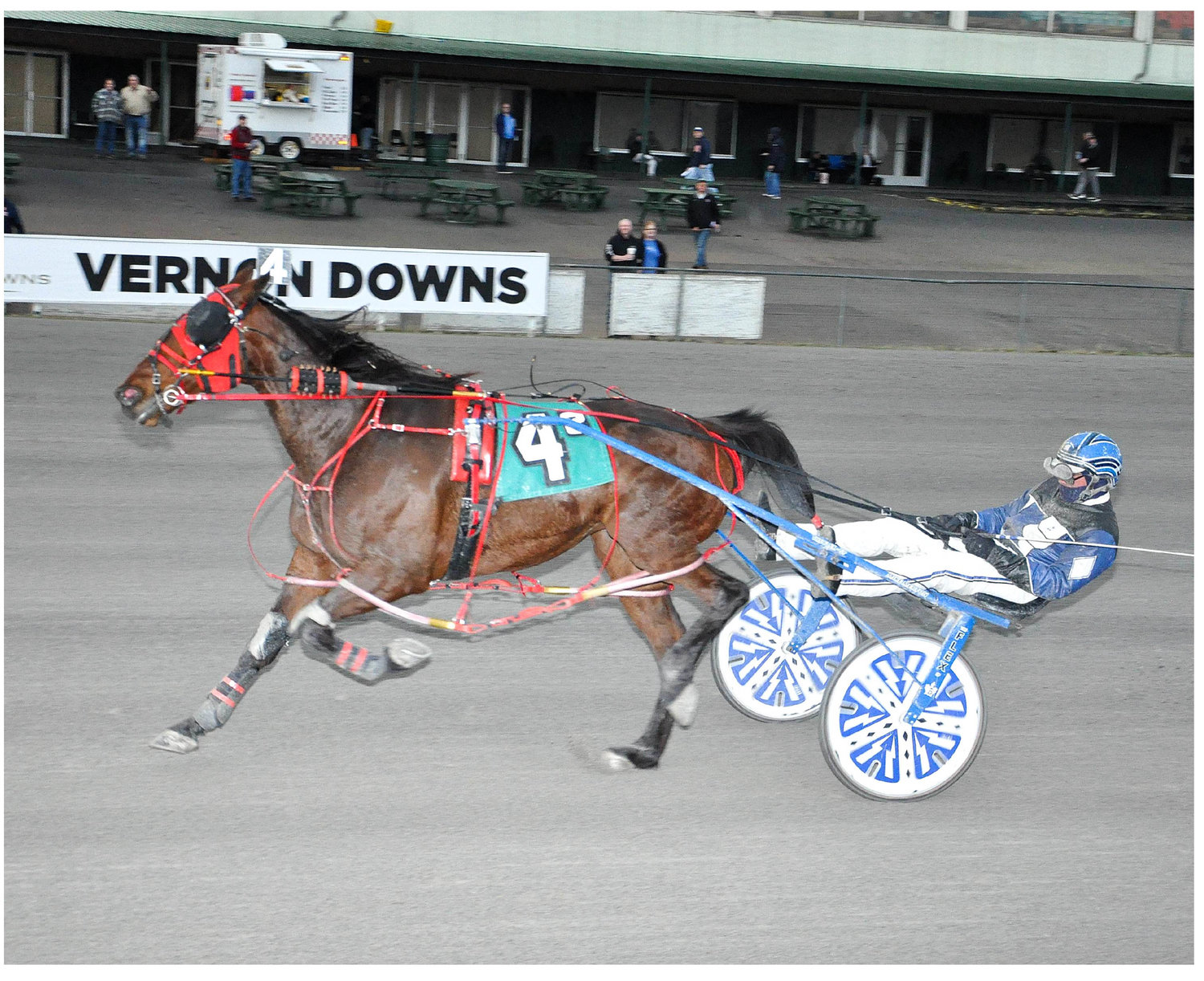 PACE WINNER — Keystone Tenacious won the $7,000 open pace, a co-feature race at Vernon Downs Saturday. He took the lead in the stretch and raced to his first win of the season. He and driver Mike Merton finished in 1:51.2.
(Photo courtesy Fotowon) 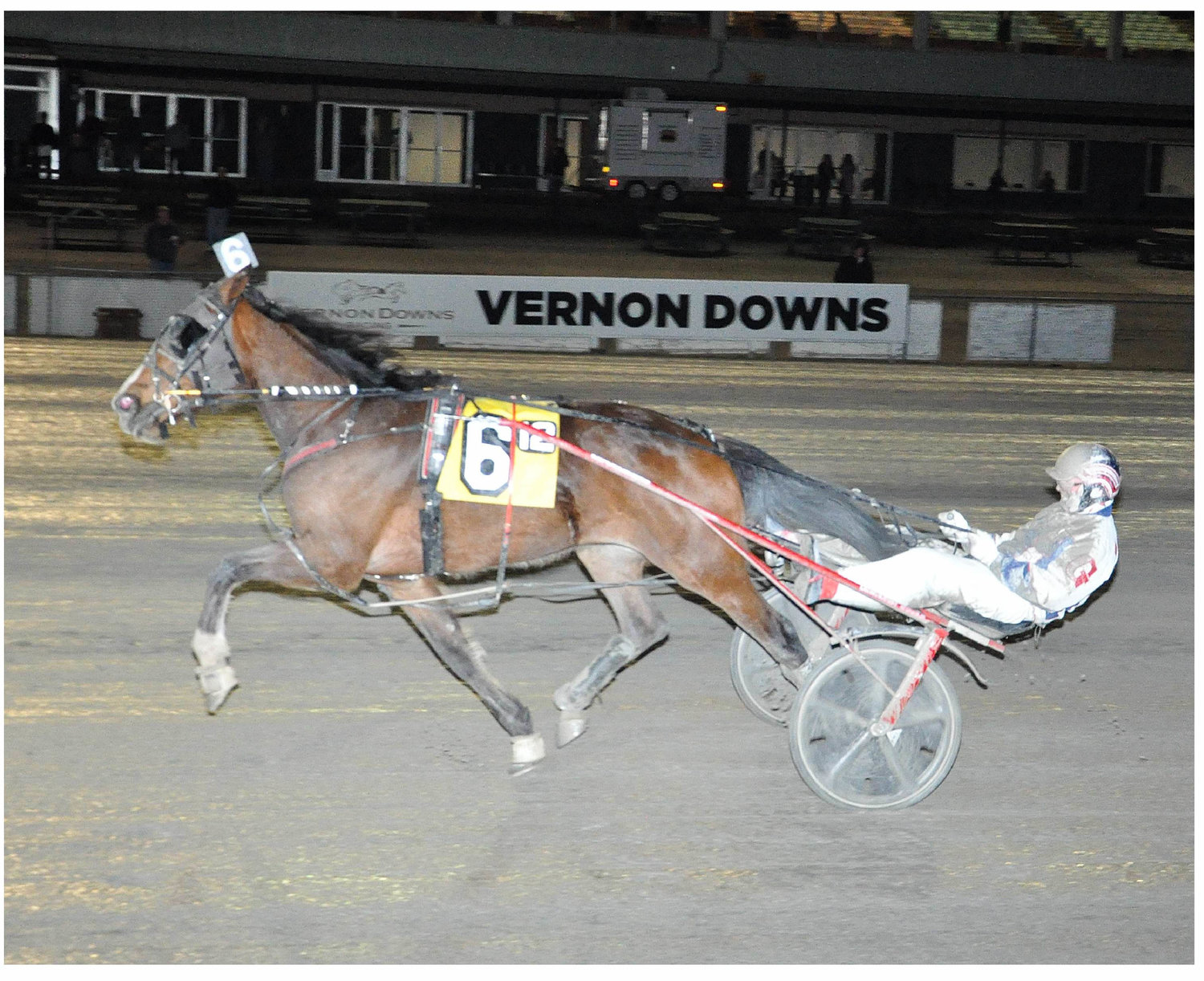 WIN STREAK — Dewey Arnold and driver Truman Gale won the $7,000 open trot co-feauture. It was the horse's fourth win in a row. He moved into first on the backstretch and cruised to a win in a seasonal best of 1:54.1.
(Photo courtesy Fotowon)
Previous Next
Posted Monday, April 25, 2022 8:58 pm

As they made the turn for home Northern Rein took a short-lived lead away but Keystone Tenacious came flying down the stretch and blew right on by and get the easy win in 1:51.2. Lyons Pegasus rallied back to get second. Northern Rein had to settle for third.

Keystone Tenacious is a 7-year-old gelding by So Surreal. He is trained by Keven Reynolds Jr. for owners Anthony Sromovski and Kevin Reynolds. It was his first win of 2022. He has 19 career victories.

Credit List grabbed the early lead and led to the quarter in 27.2 seconds. Dewey Arnold made his move heading down the backstretch.  He led to the half in 56.2 seconds and to three-quarters in 1:25.4.

As they reached the stretch, he spent up to an easy win in a seasonal best of 1:54.1. Credit List held for second. Spoiler Alert received third money.

Dewey Arnold is a 4-year-old gelding by Deweycheatumnhowe. He is owned by Phillip Hale and trainer David Dewhurst. It was his fourth win in a row. He now has reached the winner’s circle 18 times in his career.

Frank Affrunti had three driving wins and Jeff Sorenson had three training wins on the card.

Vernon Downs returns to live racing on Friday with a post time of 6:05 p.m. For more information go to www.vernondowns.com.