Kent Amphitheater was a short-lived dream 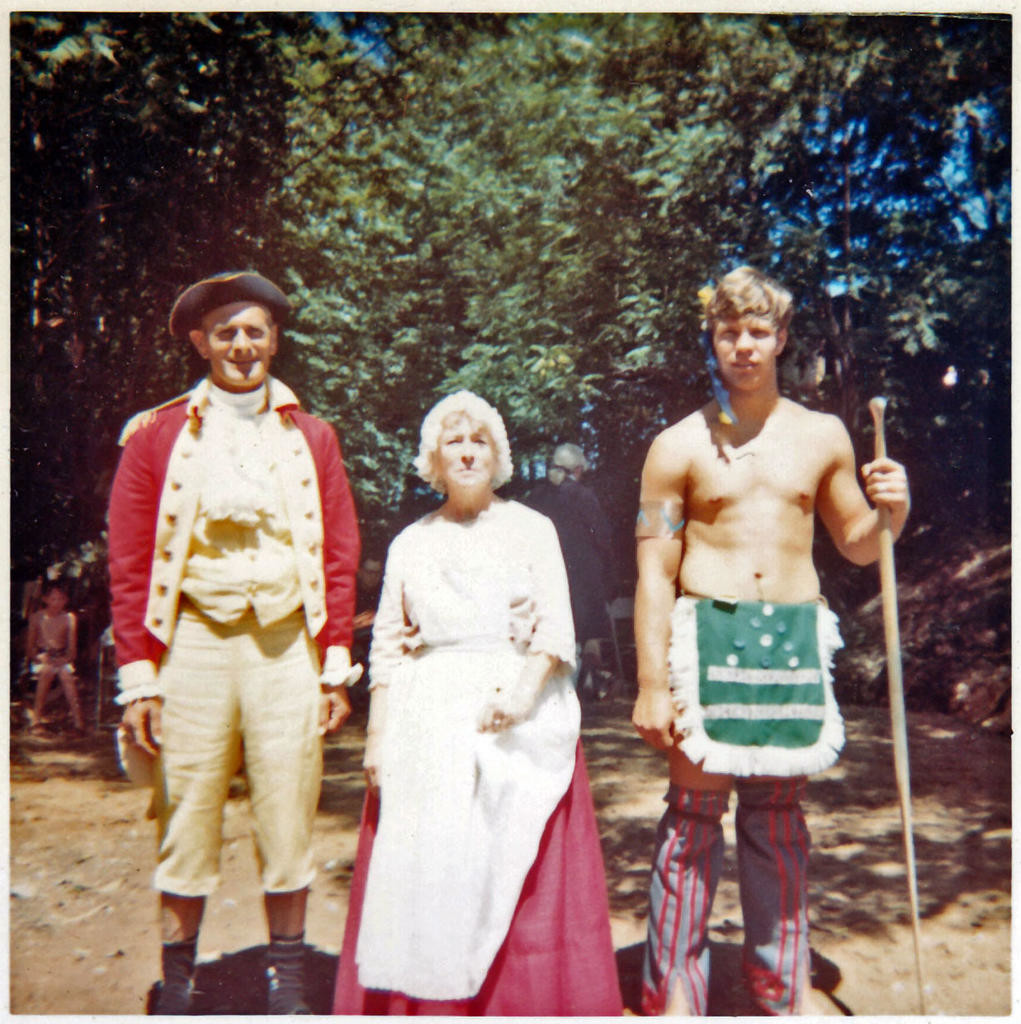 THREE ACTORS — Playing the parts of Revolutionary War-era characters, three actors pose for a photo, in a 1966 play staged in the Kent Amphitheater. 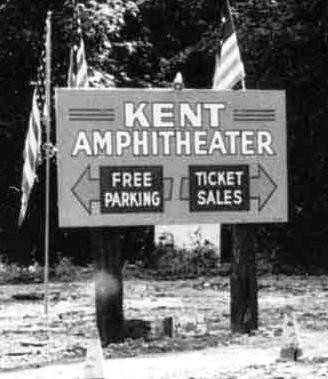 POINTING THE WAY — A sign at the entrance to the Kent Theater directed crowds. 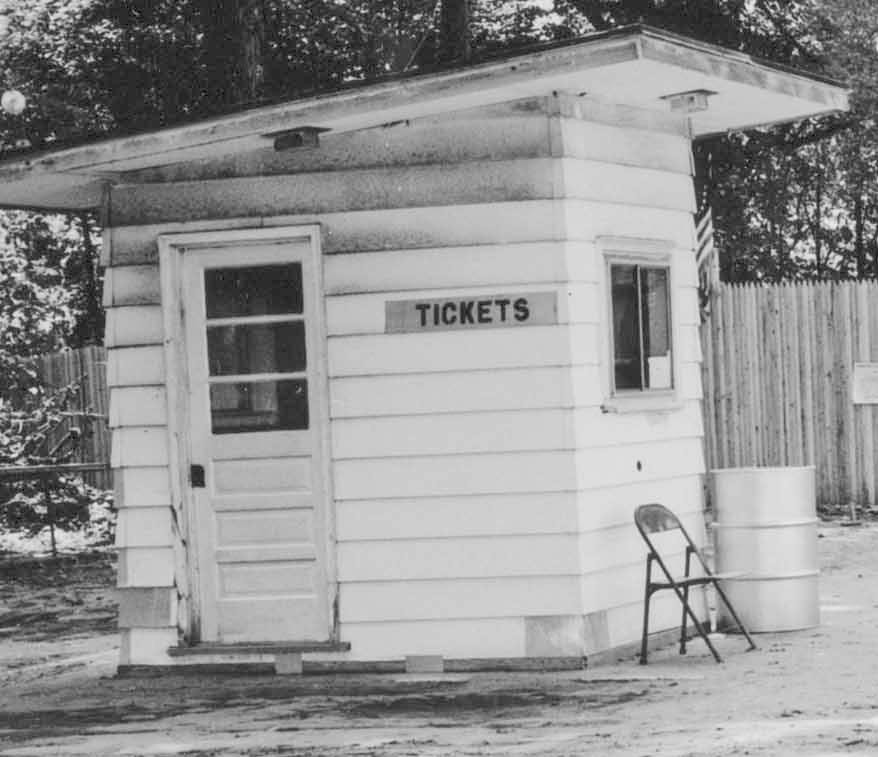 TICKET BOOTH ­ — Audiences lined up to buy tickets to performances, at this booth between the parking lot and the Kent Amphitheater. 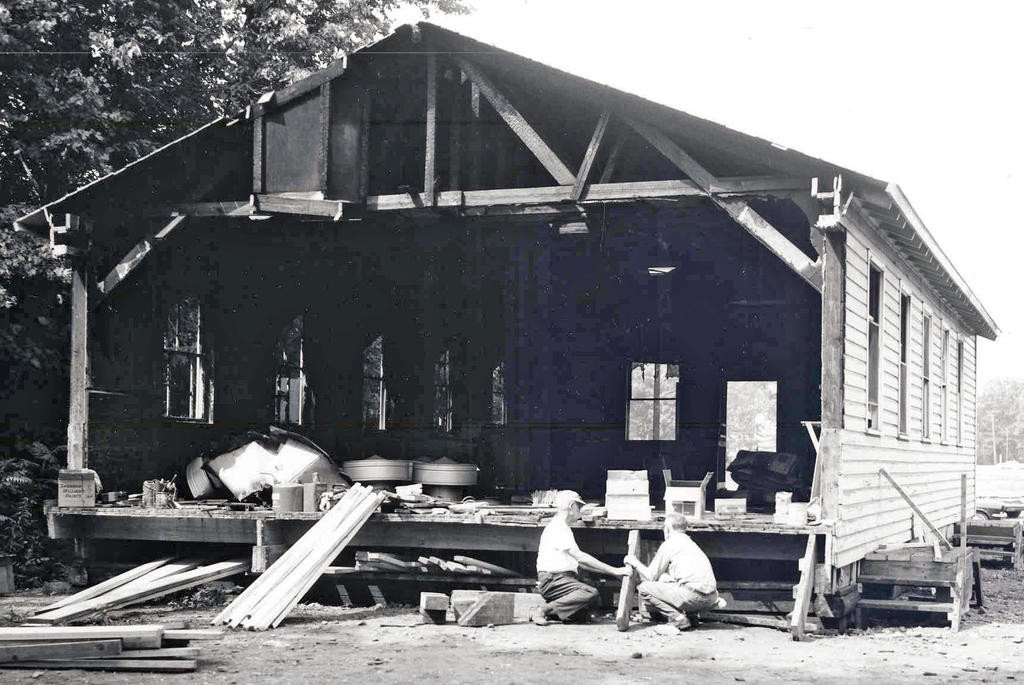 SUPPORTING CAST -— This building was bought at an auction at Griffiss Air Force Base, and was used as a field house at the Kent Amphitheater.
Previous Next
Posted Sunday, July 27, 2014 9:10 am

Before there were Honor America Days, there were Fort Stanwix Days.  And a Rome couple played a major part in those days.

Gordon and Sarah Kent had dreamed about establishing an outdoor amphitheater in the 1960s in Rome. A sunny, open-air venue where audiences of local people and tourists could enjoy plays, pageants and other performances. A peaceful place, on the banks of the Mohawk River.

The Kents’ dream came true, in 1966, with the help of friends and fans.

Unfortunately, the dream was too short-lived.

Here is the story of the Kent Amphitheater’s construction along the Mohawk off of Floyd Avenue, and its abandonment, from the files of the Rome Historical Society:

Sarah Stocking Kent was born in Illinois; her parents were both doctors. She graduated from Emerson College of Oratory in Boston. She came to Rome in 1917, and was a teacher at Rome Free Academy until she married Gordon. They lived first at 728 N. James St., and later at 7868 Ridge Mills Road in a colonial-style house which they restored to its original circa-1800 appearance. They had three children. Sarah became active in many organizations in the area, including the Socialist party, the League of Women Voters and the American Association of University Women. She was a member of the First Presbyterian Church and the Wider Quaker Fellowship. She was very active in the Rome Community Theater.

Gordon Kent served as president of the Rome Chamber of Commerce during World War II and when the Rome Army Depot was established, and of the Mohawk Valley Towns Association. He was the owner of the Kent Co., which made commercial-grade floor polishers and vacuum cleaners. He was

president of the Rome Hospital Board of Managers, chairman of the Oneida County Committee on Airport Facilities, and trustee of the state School for the Deaf. He served on several other bank and church boards. And, he was a supporter of Rome Community Theater.

“No man … worked harder for the well-being of his community,” stated a Daily Sentinel editorial written after his death. And “Nowhere was his deep devotion to his community shown more than in the work of Mr. Kent and his wife, Sarah, in creating a public amphitheater on the bank of the Mohawk

In the summer of 1966, the Kents announced their plans to construct the amphitheater. The cost was estimated at $50,000, but the Kents wanted to reduce that cost greatly by using mostly donated labor and materials. Through the Rome Council on History and the Arts, land north of the Mohawk River and east of Floyd Avenue was leased from the city for $1 annually. A natural island in the river was to serve as the stage.

Gordon sounded the call for volunteers, and work began with the grading of the site. An estimated 600 volunteers turned out, eventually contributing more than 25,000 hours of work. Don C. Grammer’s volunteer work earned him a gold-plated shovel from the Fort Stanwix Days Committee

Financial donors included the Sears Roebuck Foundation, the Rotary Club, and the Stevens-Kingsley Foundation. Some of their donations were used to construct a communications building, a production building housing dressing rooms and storage rooms. A small structure, bought at auction at Griffiss Air Force Base, was used as a field house.

Fifteen semi-circular tiers of seats, enough to accommodate a crowd of 1,000, were put in place. They were made up of 300 railroad ties donated by the New York Central Railroad from its creosote plant on West Dominick Street. Pettibone-Mulliken Corp. donated the use of a portable derrick to help lift and stack the ties. Green Acres Restaurant owner Chick Travis provided free lunch to volunteers who helped move the ties, as well as a

tractor to pull the ties. RFA students pitched in, as did Boy Scouts and many other volunteers.

The amphitheater was officially opened on July 28, 1966, with Mayor William Valentine announcing to the crowd of 150 people that the facility would be named for the Kents. “Had it not been for these two pioneers, there would be no amphitheater on a quiet bend in the historic Mohawk River,” he said.

The following year, a ticket office was donated, and a new sound system and lighting were installed.

Some of the performances at the amphitheater included:

The performances and the amphitheater were applauded in a July 30, 1966, Sentinel editorial: “People said it couldn’t be done, but there it is. There, in a picturesque setting on the bank of the Mohawk River, is the dream of Mr. and Mrs. Gordon E. Kent – a reality.”

But, sadly, the amphitheater became a victim of its remote site. In July 1966, vandals started fires at the site. Later, they damaged the ticket office and dressing room, stole copper tubing and electrical wiring, and tore off a gate.

The Police Department found four boys, aged 13-15, were responsible for some of the damage. Police Chief James C. Dunn put the boys to work repairing what they had destroyed.

Despite later efforts to keep the facility going, the Kents and other supporters became discouraged and disappointed, after further vandalism, and the site was abandoned. Later, another amphitheater, this one at Erie Canal Village, was named for the Kents. It also failed to attract audiences and was also abandoned.

The Rome Historical Society, 200 Church St., is open from 9 a.m. to 3  p.m. Tuesday through Friday.  Go online at www.romehistoricalsociety.org, visit their Facebook page, or call 336-5870 for more information.