KENOSHA, Wis. — Two people died and one person was injured as shots were fired late Tuesday in Kenosha during the third night of unrest in Wisconsin following the shooting by police of a black man, … 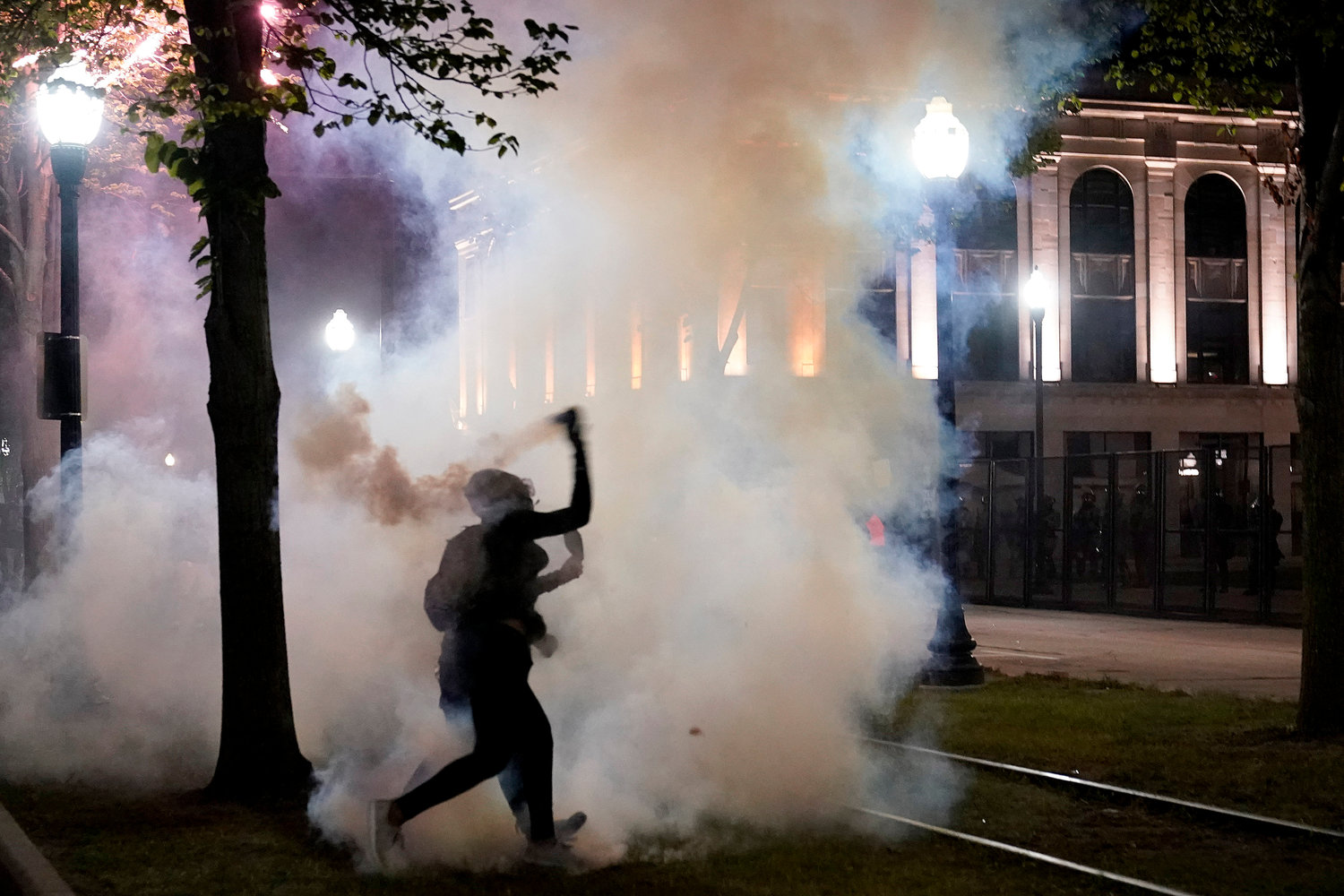 MORE VIOLENCE — A protester throws back a can of smoke toward law enforcement during clashes outside the Kenosha County Courthouse late Tuesday in Kenosha, Wis.
(AP Photo)
Posted Wednesday, August 26, 2020 9:52 am

KENOSHA, Wis. — Two people died and one person was injured as shots were fired late Tuesday in Kenosha during the third night of unrest in Wisconsin following the shooting by police of a black man, Kenosha police said. And eyewitness said the victim was scuffling with police as they told him to drop a knife.

The shooting was reported at about 11:45 p.m. in an area where protests have taken place, Kenosha police Lt. Joseph Nosalik said in a news release.

Kenosha County Sheriff David Beth said one victim had been shot in the head and another in the chest late Tuesday, just before midnight, according to the Milwaukee Journal Sentinel. Beth didn’t know where the other person was shot, but his or her injuries are not believed to be life threatening.

The shooting was under investigation and no other information was released. The victims have not been identified.

Police have said little about what happened during the Blake shooting.

Police fired tear gas for a third night Tuesday to disperse people who had gathered outside Kenosha’s courthouse, where some shook a protective fence and threw water bottles and fireworks at officers lined up behind it. Police then used armored vehicles and officers with shields pushed back the crowd when warnings to leave a nearby park were ignored.

Wisconsin Gov. Tony Evers increased the National Guard deployment in Kenosha from 125 to 250. The night before vandals and rioters destroyed dozens of buildings and set more than 30 fires in the city’s downtown.

Anger over the shooting has spilled into the streets of Kenosha and other cities, including Los Angeles, Wisconsin’s capital of Madison and in Minneapolis, the epicenter of the Black Lives Matter movement this summer following Floyd’s death.

Hundreds of people again defied curfew Tuesday in Kenosha, where destruction occurred the previous night as fires were set and businesses vandalized. There were 34 fires associated with that unrest, with 30 businesses destroyed or damaged along with an unknown number of residences, Kenosha Fire Chief Charles Leipzig told the Kenosha News.