UTICA — One of the Utica Police Department’s K9 officers will receive a new bullet and stab-protective vest, thanks to a charitable donation from the non-profit Vested Interest inK9s Inc.  Utica … 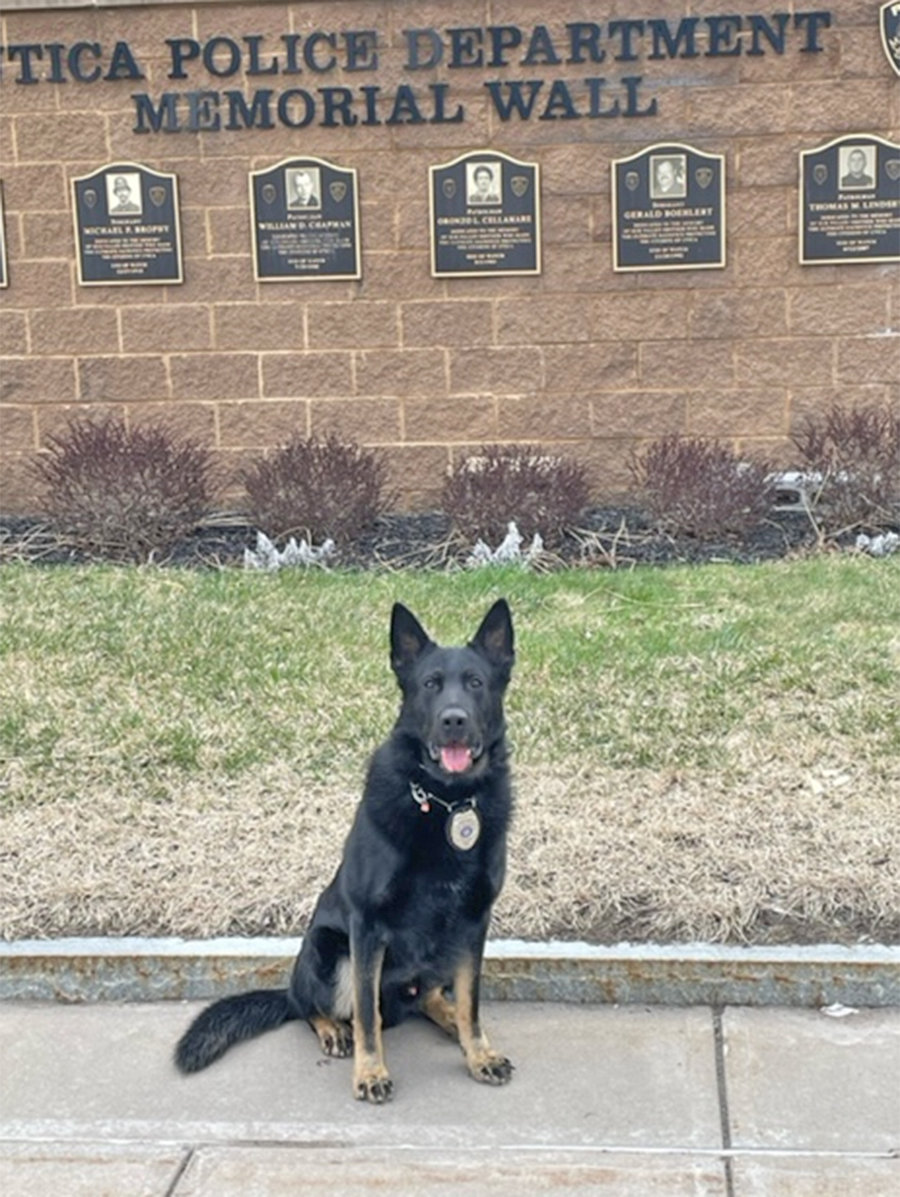 ON DUTY— Dak, a K9 officer with the Utica Police Department, will soon receive a new bullet and stab-protective vest courtesy of a donation from Vested Interest in K9s Inc., a non-profit that has been providing vests for K9 officers since 2009.
(Photo courtesy Utica Police)

UTICA — One of the Utica Police Department’s K9 officers will receive a new bullet and stab-protective vest, thanks to a charitable donation from the non-profit Vested Interest in K9s Inc.

Utica Police officials said they applied for the vest and were chosen by Vested Interest. The new vest will arrive in about eight to 10 weeks, the officials said.

The vest will be worn by the K9 Dak, and will be embroidered with the sentiment “In memory of the K9s who served and sacrificed in 2021.”

The vest will be paid for by the 2021 Fallen K9 Hero fundraiser, which was hosted by Vested Interest in K9s.

The Utica Police Department has four K9 officers, one of whom already has a protective vest, officials said.

Since 2009, Vested Interest in K9s has provided over 4,601 vests in all 50 states, at a value of $6.9 million, officials said. The money is made possible by both private and corporate donations. The program is open to dogs in the United States that are at least 20-months-old and actively employed and certified with law enforcement or related agencies.

Each vest is custom-fitted and is valued at $1,744 to $2,283 and weighs about four to five pounds. Each vest also comes with a 5-year warranty.

Vested Interest in K9s accepts tax-deductible donations in any amount, while a single donation of $960 will sponsor one vest.