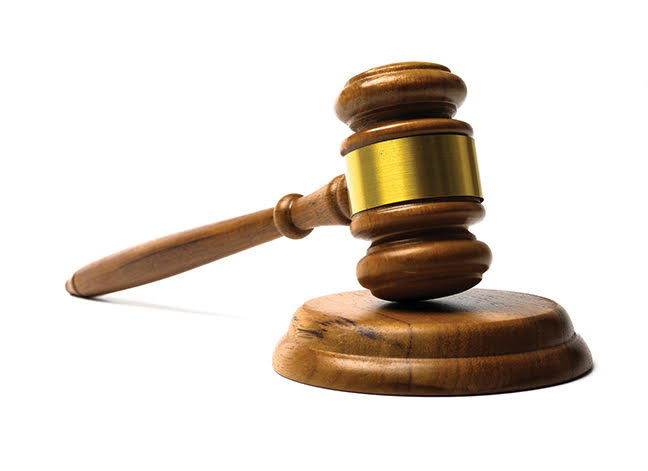 All three members of the Zourdos family on trial for tax evasion in Federal Court were found guilty by a jury on Wednesday of hiding nearly $3 million in Dippin Donuts cash sales from the IRS.

John, 68, his wife, Helen, 64, and their son, Dimitrios, 38, could face at least five years in federal prison. A sentencing date has not yet been set and is not expected until early next year.

The jury of nine men and three women read the verdict at 2:30 p.m. Wednesday after deliberating for roughly five hours between Tuesday evening and Wednesday morning. The jury did not have any questions for the court during their deliberations.

Each member of the Zourdos family was convicted on all charges against them: one count of conspiring to defraud the United States, seven counts of tax evasion and seven counts of aiding and assisting in the filing of false corporate income tax returns. Their defense attorneys have until Nov. 24 to file post-trial motions, with a hearing scheduled for Dec. 17.

John, Helen and Dimitrios will remain free until their sentencing, according to U.S. District Court Judge David N. Hurd, who presided over the trial.

According to the U.S. Department of Justice, the Zourdos family was convicted of diverting nearly $3 million in cash sales from their business, Dippin Donuts, between 2013 and 2017. Prosecutors said the family funneled upwards of $1 million into their personal bank accounts and then never told their accountant, allowing for false tax returns — both personal and corporate — to be filed during those years.

Prosecutors argued at trial that the family used this cash to buy themselves expensive, luxury items, such as Porsche cars and Rolex watches, as well as annual vacations to Greece. Prosecutors also wrote in pre-trial paperwork that the cash deposits had likely also been ongoing before 2013.

John and Helen Zourdos were represented jointly by defense attorney David Garvin, who argued that the family’s tax woes were the fault of their longtime accountant. Garvin said the accountant — Vincent J. Gilroy, of Utica — gave John Zourdos the advice to take money out of his business, and Garvin said Zourdos thought Gilroy was then managing the money and filing the appropriate tax returns.

Gilroy testified in the first days of the trial that he had no knowledge of the cash deposits and denied ever telling Zourdos to take money from the business and deposit into his personal bank accounts.

Dimitrios Zourdos was represented by defense attorney Gabriel Nugent, who tried to argue that all of the money Dimitrios received should be considered non-taxable gifts from parents to son.

Both Garvin and Nugent declined to comment to the Daily Sentinel following the verdict.

The prosecution was represented by Assistant U.S. Attorney Michael F. Perry and Assistant Chief John N. Kane with the U.S. Department of Justice. They, too, declined to comment following the verdict.