UTICA A tentative trial date has been set at June 6 for the Taberg brothers accused of shooting and stabbing their third brother to death in their Route 69 home. The date was set Tuesday afternoon, … 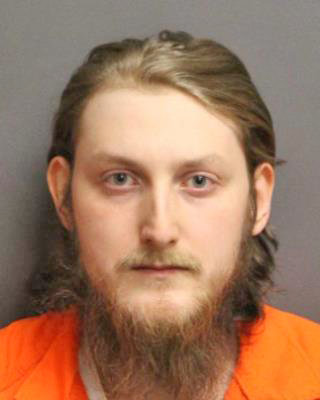 UTICA - A tentative trial date has been set at June 6 for the Taberg brothers accused of shooting and stabbing their third brother to death in their Route 69 home.

The date was set Tuesday afternoon, when Micheal Westcott appeared before Judge Robert L. Bauer for a pre-trial suppression hearing. The hearing was held to determine if statements Westcott made to investigators could be used at the upcoming trial, and whether or not the state police had followed Westcott’s Constitutional Miranda Rights — including the right to remain silent and the right to an attorney.

According to state police, Matthew Westcott shot and killed his brother, James Westcott, at their Route 69 home in the Town of Annsville on Sept. 17. Shortly after the shooting, troopers said Micheal Westcott took a kitchen knife and stabbed the dying James multiple times in the back of the head.

Matthew Westcott is charged with second-degree murder. His own suppression hearing was held on Jan. 21. Judge Bauer has not yet issued a decision on Matthew Westcott’s statements. Matthew is next scheduled to appear in court on Feb. 28 to discuss a psychiatric evaluation.

State Trooper Meagan L. Hartmann was the first witness called at the suppression hearing on Tuesday. She testified about interviewing Micheal at the scene as a witness. She said she took an initial statement without reading Micheal his rights.

“He was not a suspect,” Hartmann explained to the judge. She said the father and mother were interviewed by other troopers.

“At the beginning of the interview, we didn’t believe Micheal to be a suspect, based on the information that we had,” Dougherty testified.

“Bubba looked mangled. I tried to ease Bubba’s suffering,” Michael told state police. He said he specifically aimed for the back of the neck, because if he could hit the spinal cord, then “it stops everything else.”

“Bubba was not breathing when I finished stabbing him,” Michael said in his statement. “I’m having a very difficult time recalling all the details of what happened that day.”

After making these admissions, Dougherty testified that Micheal asked about needing an attorney.